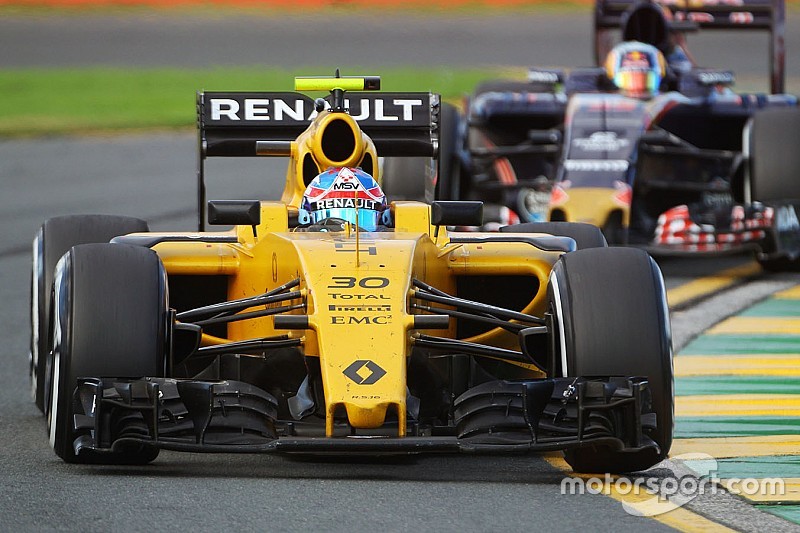 Jolyon Palmer led Kevin Magnussen across the line to finish just shy of the points.

Renault Sport Formula One Team began its Formula 1 journey with a solid debut at Albert Park, as Jolyon Palmer led Kevin Magnussen across the line to finish just shy of the points.
Jolyon drove a mature race despite it being his personal Grand Prix debut, withstanding late-race pressure to finish eleventh. Kevin was unlucky with a first lap puncture, but fought back and showed particularly strong race pace on his final stint, finishing twelfth.

Kevin Magnussen, #20, R.S.16-02: Started P14, finished P12: “We have a really good car; the pace is strong, as is the baseline set-up. It’s something we can continue to work from and evolve to gain more performance. Today was pretty tough at the start as I was really gutted about the puncture. I don’t think I had any contact so it was really unfortunate. You never want to see a red flag incident, and it’s a positive statement that Fernando could walk away from that dramatic crash, but the restart did benefit us. Our pace after the restart was very promising so I’m excited for the next races.”

Jolyon Palmer, #30, R.S.16-01: Started P13, finished P11: “I think the team has done an incredible job this weekend to qualify in Q2 and then finishing the race in eleventh and twelfth; it’s the maximum we could expect to achieve. It’s a good start, we were so close to scoring points, and we can move forward from here. The race itself was busy but good fun; I absolutely loved being wheel to wheel again after a year out of racing. It was great to be back in the fray and it all went pretty smoothly for me. Happy days.”

Fred Vasseur, Racing Director: “Today was very encouraging for the team as we showed good race pace and a good base to build on. We need to take a look at our qualifying pace to get us further up the grid and hopefully start to get some good results as it would have been much better to score points today! Both Kevin and Jolyon did a very good job, it was a shame to have Kevin suffer from a puncture but the rest of the afternoon went well, especially for a first race.”

Bob Bell, Chief Technical Officer: “It was a very credible first race from the team with everyone gelling and performing at a high standard. We had a trouble-free weekend, made the most out of the new qualifying format then the race was managed well with the only upset being Kevin’s puncture. Both drivers drove well and the car even looked a little racier than expected. We didn’t score points today but we weren’t far off. That’s definitely the next target.”