Abiteboul: Renault has to cut out "chaotic" weekends 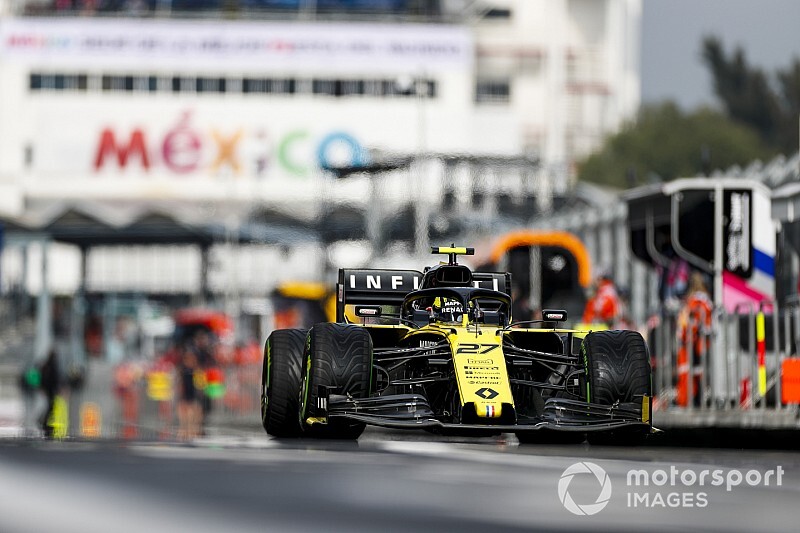 Renault Formula 1 boss Cyril Abiteboul was relieved to bag a strong result after a “chaotic” weekend in Mexico, but is frustrated that the team keeps "making life difficult for ourselves".

Renault’s race preparations were hampered badly when an issue with pollution of the cars’ cooling systems saw both Daniel Ricciardo and Nico Hulkenberg miss out on any meaningful running in FP3.

Ricciardo was the only driver to start on the hard tyres, and after a marathon 50-lap opening stint he finished eighth, having lost “best of the rest” honours to local hero Sergio Perez when he slid off the road trying to pass the Mexican.

His teammate Hulkenberg claimed a point in 10th after a last-lap collision with Daniil Kvyat.

“We scored a few points,” Abiteboul told Motorsport.com. “We more or less maintain our advantage against Racing Point and Toro Rosso, we reduced it to McLaren. After what was the situation of our cars in FP3, it was a great result.

“But it’s been again a weekend that’s been a bit chaotic, and irrespective of the competitiveness of our car, we need to stop that. We don’t need to make life difficult for ourselves, which is what we’re doing.

“Sometimes it’s also third parties doing that, but that’s racing, and we need to keep our head down for the remaining rounds.”

Renault’s chances of catching McLaren appear slim given the current 38-point margin, and the team also has to focus on staying ahead of Toro Rosso and Racing Point, both of whom are just nine points behind.

“I still believe that we have a better package overall,” said Abiteboul. “When I see the number of points that we’ve lost, and still being in that position, it’s not bad. I think if we have straightforward weekends, we can keep that position.

“But I’m not pleased with that position, I’d like to be up there with McLaren. That was the target for the season, and it was an achievable target, and it’s where we need to be for next year.”

Abiteboul praised Ricciardo for making the most of the bold strategy that the team gave him in Mexico.

“It’s always the same situation when we are qualifying where we are qualifying, each weekend it seems to be a different reason. It’s not an excuse, but we need to invent something in the race to make up for it, which we’ve done.

“In my opinion it worked for Daniel. Obviously we can have regrets that he was not able to pass Perez, I think he was a bit ambitious. It was just braking too late, full stop. I think we’re missing a bit of top speed to Racing Point, despite DRS.

“He had a fantastic race, particularly in the middle it was green after green in terms of lap times, and the car was behaving very well. On our side we were extremely surprised by the life of the tyres, it was even better than we expected before the race, so it was very clear on our side that a one-stop would work.

“Without that collision we could have had a better result with Nico. That’s racing. It’s a bit nasty, but that’s the midfield. Welcome to the jungle!"