James Allen revisits the Abu Dhabi Grand Prix, where the call to make an early pitstop proved a winning one for Lewis Hamilton – but costly for others who became mired in traffic. 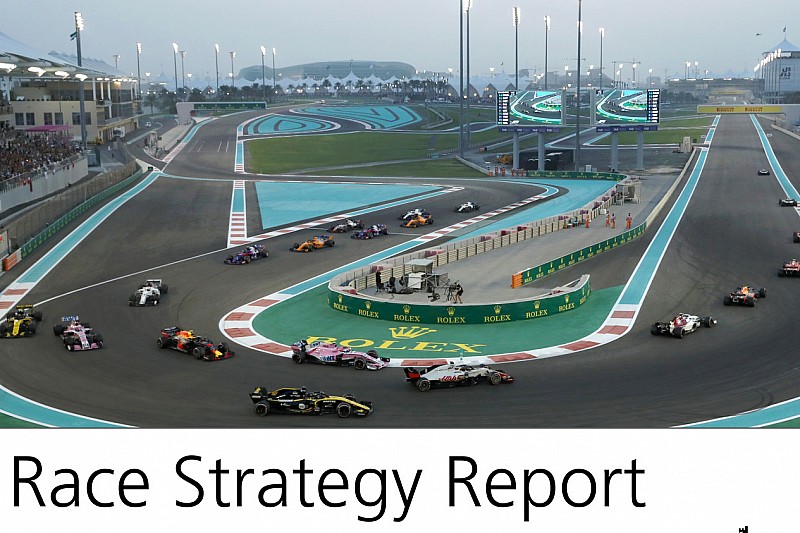 The final round of the 2018 F1 World Championship featured a lot more overtaking than some previous races at Yas Marina Circuit. It brought a win for Lewis Hamilton, who pitted as early as Lap 7 under a Virtual Safety Car, as much to block anyone else from taking advantage of the opportunity as anything.

He wasn’t the only one to do it; Charles Leclerc and Romain Grosjean also made the move, but whereas it worked out extremely well for Hamilton at the front, it made for a tough afternoon for the other two. 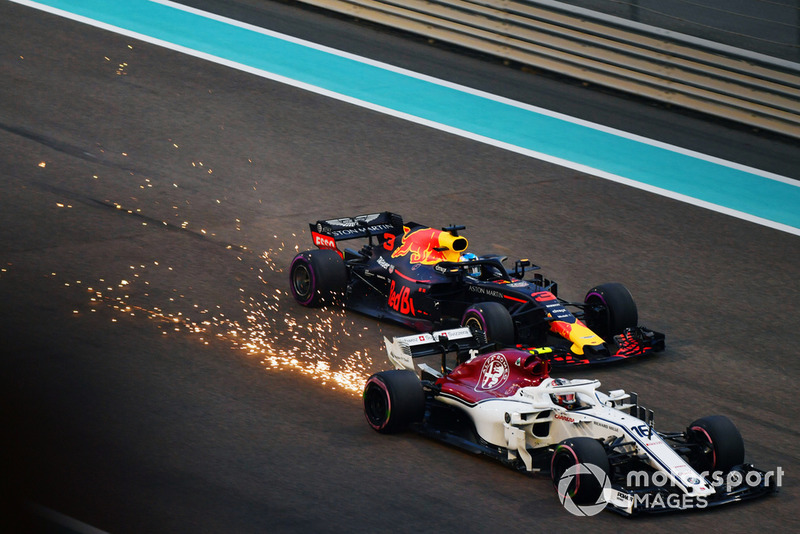 Leclerc had a great start and was dicing for fifth place with Daniel Ricciardo’s Red Bull on the opening lap, moving ahead just before the Safety Car neutralised the race due to a spectacular accident for Nico Hulkenberg, whose Renault rolled over.

The Safety Car – and subsequent Virtual Safety Car – all within the first ten laps, meant that drivers like Verstappen, who had started on the softest tyre compounds could extend the first stint.

Everyone was headed for the supersoft as the main race tyre; it was durable enough to last the whole race, if needed, but after Hamilton made the early stop, the question was whether any of his rivals like Vettel, could offset his strategy and attack him later in the race on fresher tyres? 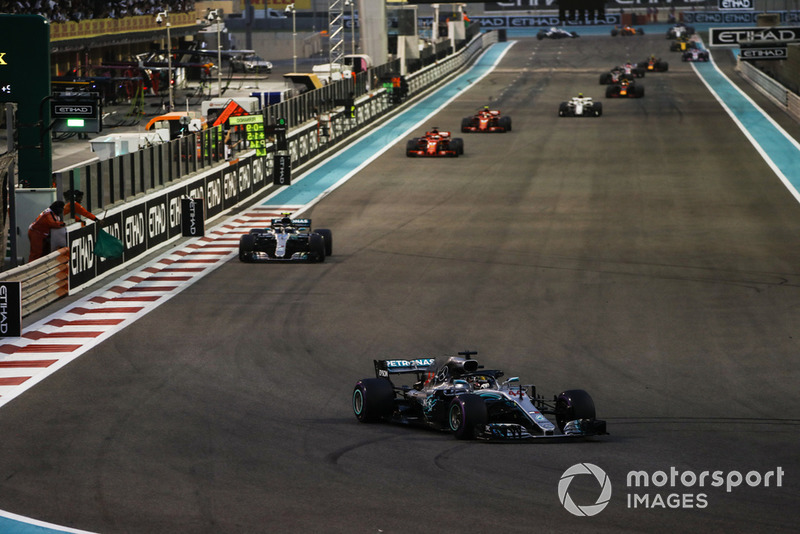 When a driver has taken pole and then a comfortable lead, it may seem odd to people on the outside why he would do something seemingly abnormal, like stop on Lap 7 of a 55 lap race under the VSC. Especially as none of his main rivals at the front did it.

But with at least ten seconds of race time saved by making the stop under VSC compared to at race pace (11s vs 21s) and with already enough field spread that he was able to drop back out into fourth place, it was the right thing to do. He was able to pick off the cars ahead as they stopped, and nothing impeded his progress.

Had Hamilton not made that move, Vettel would have done it and would have been inside Hamilton’s pit window with fresher tyres. With the way the supersofts turned out to be so durable and low degradation, that would have cost Hamilton the win, although Mercedes would have left Bottas out to interfere with Vettel’s race as we saw him do with Kimi Raikkonen in Monza. 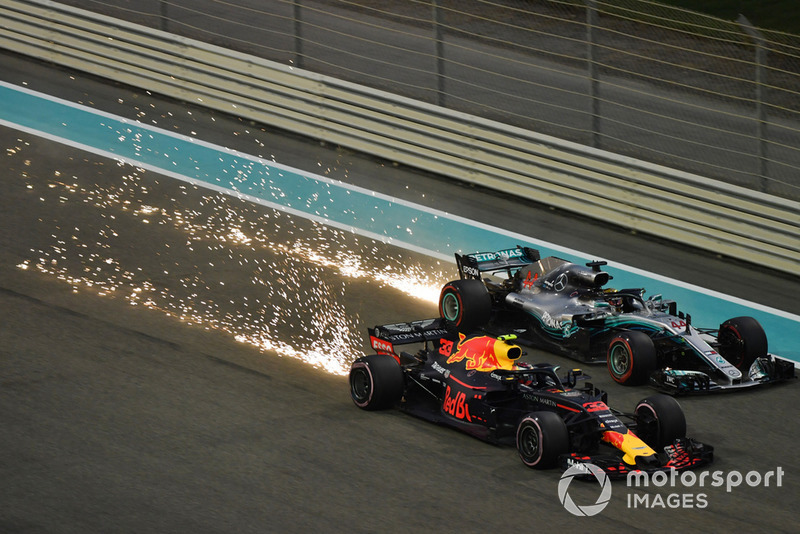 Hamilton questioned it initially, but then got on with driving to a pace in the early phase to look after the tyres he was going to need to the end.

New leader Ricciardo wasn’t in the race with Hamilton, but by extending his first stint to Lap 33 he was hoping to take advantage of the fresher tyres at the end to mount a challenge on Vettel and Bottas to end his Red Bull career on the podium. There was also the spectre of rain on the radar and he had nothing to lose from staying out in case he lucked into a stop for intermediates, which would have won him the race when everyone else would be forced to do the same.

To get Vettel he would have had to be allowed through by his teammate Verstappen in third place, which was never all that likely! In any case, he wasn’t able to get close enough to try, even though he managed to pass Bottas who really struggled in the second stint and went from second to fifth at the flag. 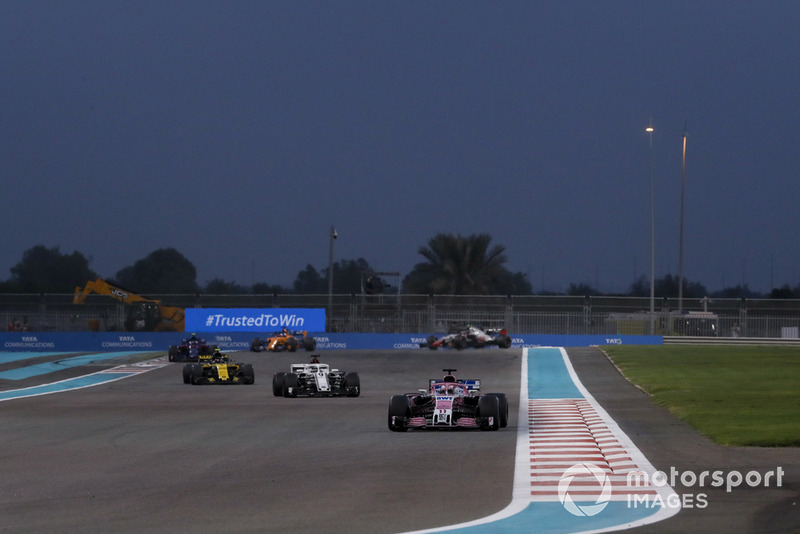 Leclerc vs Sainz vs Perez

Once again Leclerc demonstrated why Ferrari has decided to elevate him to a race seat at the age of 21, with a fine drive to seventh place. He could arguably have finished higher but got stuck in traffic after making the early stop under the Virtual Safety Car on Lap 7, which was deployed for the retirement of the man whose Ferrari seat he is taking, Raikkonen.

This brought him out on supersoft tyres in 14th place, but behind a string of cars that had started the race on supersofts and therefore who would be running a long first stint; Stroll, Magnussen and Gasly. Leclerc managed to get through the first two and picked off Gasly when he stopped but then he came up on Alonso, who started his final F1 Grand Prix on ultrasofts and the two-time champion proved very hard to pass which scuppered the plan. 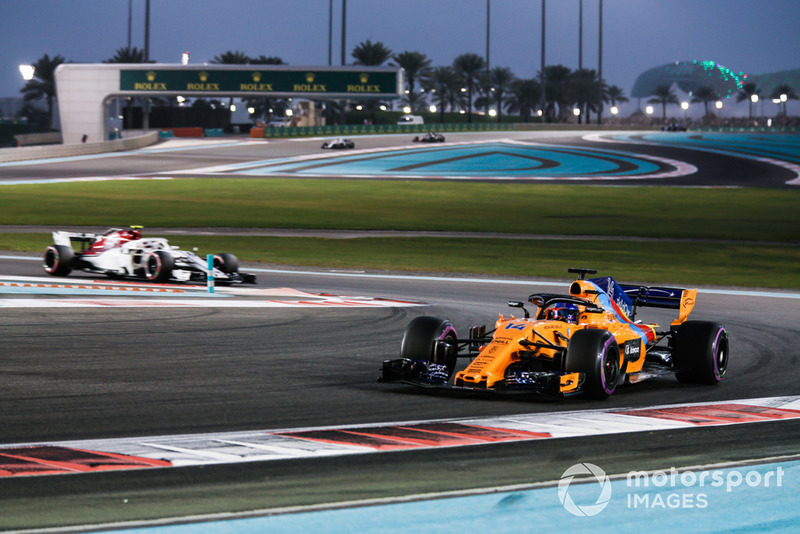 This cost Leclerc valuable race time, more than he had gained from the stop under VSC. Meanwhile Carlos Sainz on his final run for Renault before taking Alonso’s seat at McLaren, skilfully ran a very long stint on ultrasoft tyres, that meant he was able to pit and retain track position ahead of Leclerc, after the Sauber driver had finally got past Alonso.

Perez was making up for starting down in 14th place and gained three places at the start. He ran a well-balanced strategy which took him on ultrasofts to Lap 26 before stopping. He came out into the gap between Leclerc and Alonso and chased Leclerc down on his 19 laps-fresher tyres. In a normal race situation, the tyre degradation would have meant that he could pass Leclerc easily before the end.

But the fact that he couldn’t spelled out just how low degradation the supersofts were at Abu Dhabi, which Sauber had been counting on when it made the strategy call on Lap 7. 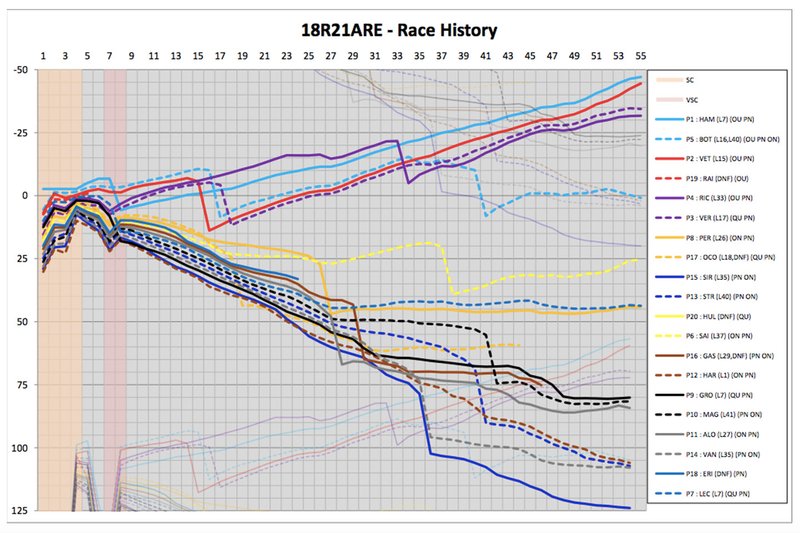 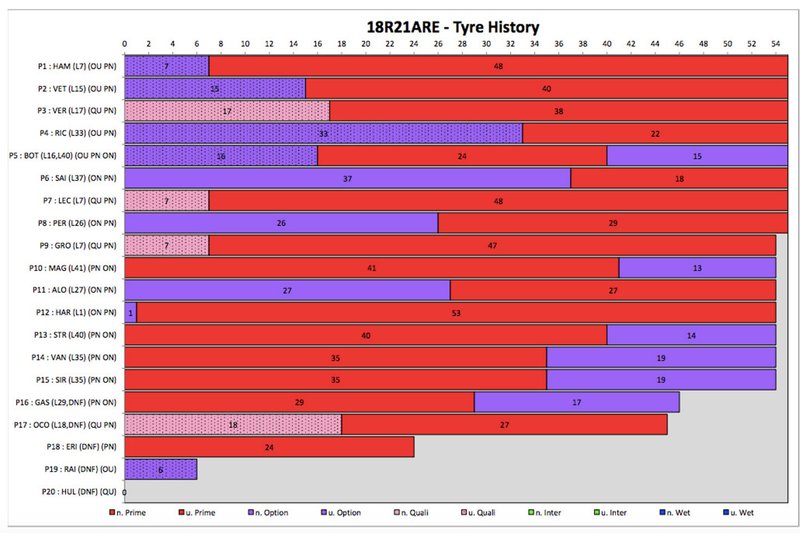