Lewis Hamilton set the pace in Saturday's practice session ahead of the final Formula 1 qualifying session of the season in Abu Dhabi. 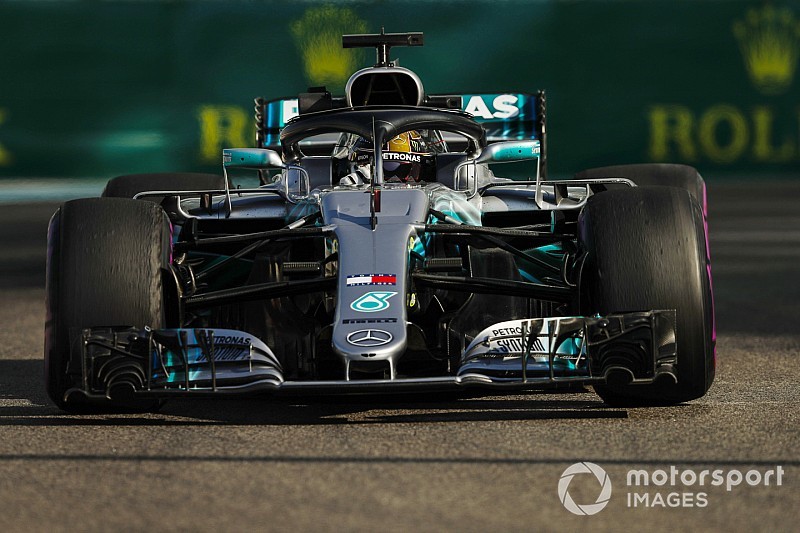 Ferrari had control of FP3 for most of the session as Raikkonen and then Vettel hit the top of the pile early on.

Vettel's initial benchmark of 1m38.668s stood until the final 20 minutes of the session, when he lowered it significantly to 1m37.587s.

Hamilton then blitzed that with a 1m37.176s, before Raikkonen also edged ahead of Vettel by clocking a 1m37.464s.

Raikkonen has been summoned to the stewards for a bizarre pitlane entry incident in which he slowed almost to a stop and then crawled back across onto the track at the last minute.

Red Bull slipped back after showing strongly on Friday, although Max Verstappen was able to outpace the second Mercedes of Valtteri Bottas.

Verstappen was just over half a second slower than Hamilton but outpaced Bottas by two tenths to take fourth.

Daniel Ricciardo completed the top six in the second Red Bull, which was the last car to lap within a second of Hamilton's benchmark.

Ricciardo did not complete the session as he was forced to pull over at the exit of Turn 9, just at the beginning of the second of the two long back straights, with a few minutes to go.

A flurry of late flying laps mixed up the rest of the top 10.

Nico Hulkenberg rose to seventh fastest with five minutes left, but neither Haas nor the Sauber of Charles Leclerc had completed their final qualifying simulation.

Grosjean jumped to seventh with his effort, a 1m38.304s, but Leclerc – who had a half-spin early in the session and broke his rear wing backing his Sauber into the wall on the exit of Turn 19 – could only manage 11th and Magnussen 13th.

That allowed the Racing Point Force Indias of Esteban Ocon and Sergio Perez to complete the top 10.

Ocon spent most of the session in the garage after identifying a possible engine problem early on.

At the end of the session Grosjean and the Toro Rosso of Pierre Gasly were involved in a peculiar clash at Turn 17.

Gasly pulled alongside the Haas on the entry to the corner and gesticulated at his fellow Frenchman just before the two cars made light contact.