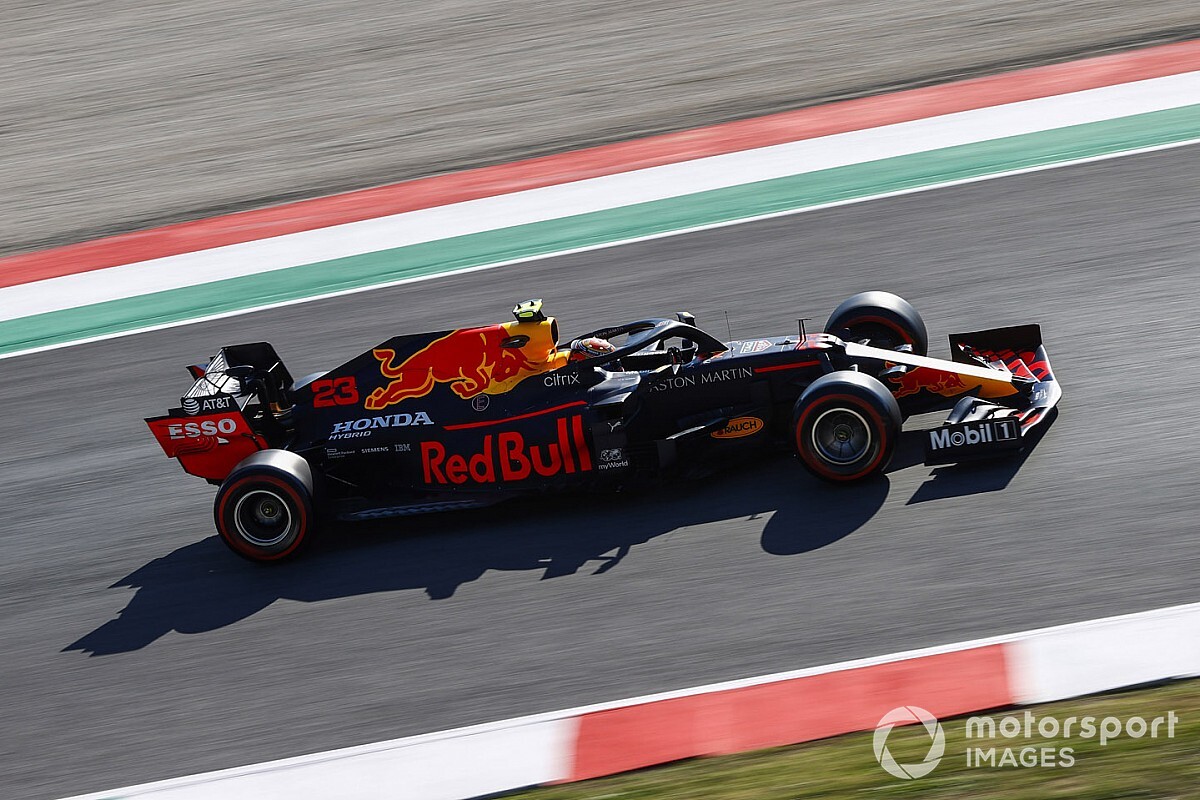 Red Bull Racing Formula 1 driver Alexander Albon says confidence in the car was the key to him recording his best qualifying performance of 2020 in Mugello.

Albon qualified fourth for the Tuscan GP, 0.445s behind teammate Max Verstappen. Although he also started from that position at the opening race of the season in Austria he was actually fifth fastest on that occasion, and benefitted from a penalty for Lewis Hamilton.

Albon has struggled to get the best out of the car in qualifying this year, but he insists that he is getting more confident.

"Each car has its quirks,” said Albon. “It's just been confidence, really. Once the confidence is there, the pace improves, it's pretty simple like that. Like a good example is this weekend in FP1, FP2, FP3, on a track like this you need a lot of confidence.

“It's one of those high-speed circuits where you've got to be able to throw the car in, and know it's going to stick.

“In qualifying, that's kind of what I felt and the pace just comes like that. So it's working with the team and getting comfortable with the car. Of course, at points you just have to kind of get on with it and drive it.

“And that's where obviously Max is very quick. He can drive very understeery cars. He's experienced as well of course. He’s in his fifth or sixth year now with the team, and I'm still getting there.

“In Spa and Monza it already felt like a step forward with understanding what I need personally to go faster, and it's [about] getting that consistently each weekend, something to build on.

“I think the last few weekends have consistently been a step forward, and that's positive rather than a little bit of an up and down throughout the weekend, or race to race.”

Albon said he’s benefited from the car being more competitive than at the last two low downforce venues, where RBR slipped back from pacesetters Mercedes: “Spa, Monza, maybe as a team we weren't where we wanted to be, but actually in terms of pace, it was a step forward. So this weekend has just been a continuation of that. And it just so happens that as a team, we're more competitive as well.

“So you could say that now we're in a genuine P4, where before Max was around P5 or something like that, and it was very tight in that midfield group. So we've come into this weekend with what you could say is like a normal performance for us. And that's just made it a little bit easier this time on Saturday.

“Hopefully we'll carry that forward to Sunday as well and just have a clean and simple race.”

Team boss Christian Horner acknowledged that Albon is improving, and pinpointed rear stability as a key issue for him.

“I’d say it’s his best qualifying of the season so far,” said Horner. “In terms of delta to his teammate Spa and Monza have also been getting closer. He’s starting to make real progress, and as we’re starting to improve the car that’s starting to help as well.

“The car can be a little bit sensitive at the rear under braking, and that can make life difficult for Alex as it did for Pierre [Gasly] last year. That’s something that we’ve been very focussed on trying to address.”