Albon feels like he "floated" through rookie F1 season 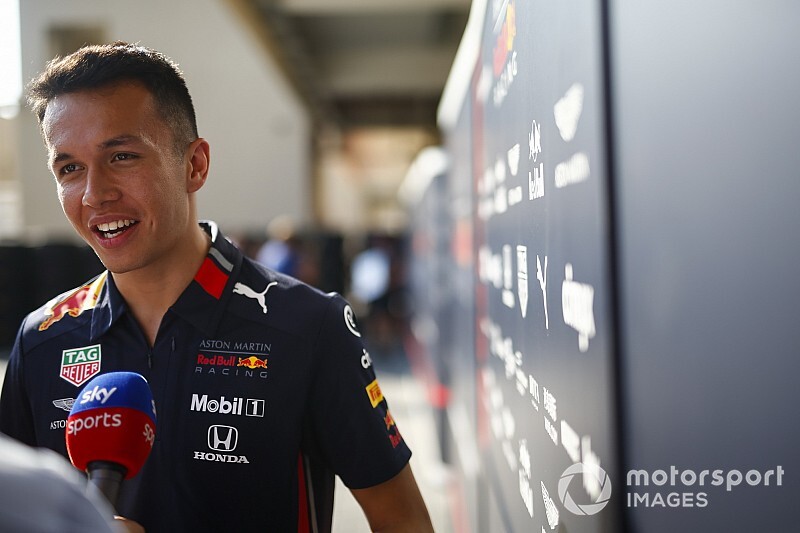 Red Bull Formula 1 driver Alexander Albon feels like he "floated around" through 2019, as he admits he's yet to fully comprehend his recent meteoric rise in single-seaters.

A budget-limited F2 racer in 2018, Albon had earned a Formula E factory drive with Nissan and then swapped it for a Toro Rosso F1 drive after Red Bull made a late-year decision to bring him back into the fold - having previously dropped the Anglo-Thai racer from its junior programme.

A solid start to his F1 career then earned Albon a mid-season call-up to the main Red Bull team in place of Pierre Gasly, and while he trailed teammate Max Verstappen and missed out on a maiden F1 podium – coming closest in Brazil only to be denied by a penultimate-lap clash with Lewis Hamilton - he was retained at the team for 2020.

"Truthfully it's a very strange feeling because it hasn't really hit me but at the same time I do realize I am at Red Bull," Albon said. "It's like you're floating around through my first year. I don't really feel like I'm aware of anything.

"Which, I think, is a good thing! Because I don't feel the pressure. It's good, but I'm sure over the winter I'm going to reflect about it and really have time for myself.

"I do almost make myself aware what's actually happened. Because to be in the top team in your first year, I think it must have been Lewis who had that opportunity [at McLaren in 2008]. That's the last time it's ever happened and that's almost 10 years ago."

Albon said that having the safety net of a Toro Rosso drive as a fall-back option helped him cope with the pressure of stepping up to a frontrunning outfit.

"You have to be consciously aware that if you are thinking about it too much, it's not going to help," he said. "So it's always there. Deep in your mind, what's really happening, decisions are being made and things like that.

"But at the same time, the only thing that's going to prove anything is your results. So you have to focus on your driving and extracting the best out of the car, the team, which is a new environment, both things were new. The way it was for me, I didn't see it as 'I need to do well', it was the feeling of 'I have an opportunity'.

"That [gave a] different kind of mindset to it, because whether right or wrong, I always felt like if it doesn't work out, I should still have a chance in Toro Rosso. So it was never like a do-or-die."

The high-pressure "job" Leclerc completed in 2019