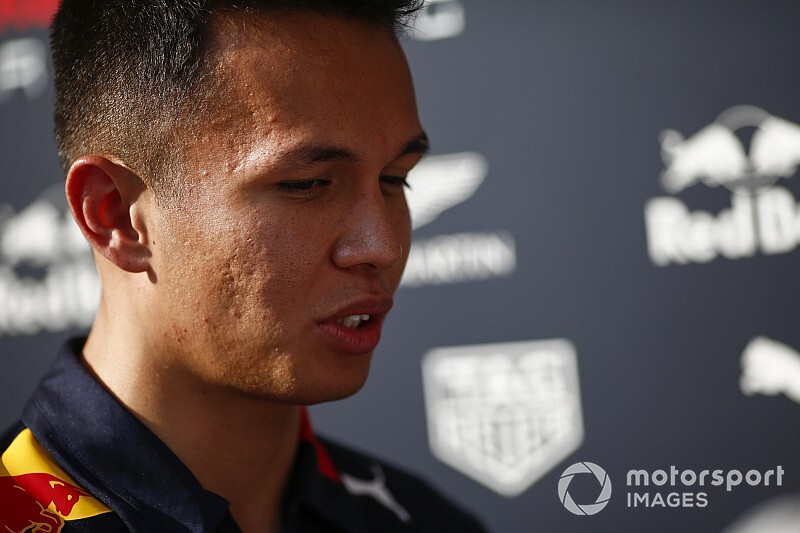 Alex Albon says he received further apologies from Lewis Hamilton for their Brazilian Grand Prix clash but the Formula 1 rookie has admitted he could have helped avoid the contact.

Red Bull driver Albon was on course for his first podium in F1 but the rookie was tipped into a spin by Hamilton on the penultimate lap of the race after a late restart.

Hamilton was on fresher tyres and dived inside Albon but hit him when Albon turned across to the apex, and the world champion took full responsibility after the race and was handed a penalty.

Albon said the lost podium “hurts” but he was grateful for Hamilton’s apology post-race and revealed there was a further approach from the world champion in the aftermath.

“It hurts but there will be plenty more chances in the future,” said Albon. “Even Lewis was really good about it.

“He sent me a message on DMs [direct messages] so he was very apologetic.”

Asked by Motorsport.com if he was surprised Hamilton so quickly took the blame, Albon replied: “Yeah, I think so. There are different circumstances, of course I don’t blame Lewis wholly.

“There are ways I could have avoided the crash you could say. I was surprised to begin with but I think it was just one of those things, the way it happens and the way the corner is and things like that.

“It was just the initial rush to overtake, it’s one of those things and it’s all gone now.”

Although Hamilton took responsibility immediately after the race, Albon also admitted after the grand prix he had lost sight of Hamilton and turned into the corner hoping Hamilton would not be there.

Asked by Motorsport.com if he would handle it differently if the situation was repeated and defend the inside of the corner, Albon said: “It’s mixed. It’s one of those things, if you over defend in the corner like that, you're just going to open yourself up even more going into Turn 1.

“You don't want to lose time in places where [it is more costly]. When a car's got better speed if you start over defending everywhere you're going to get overtaken.

“The way it happened, it felt like if I did it, yeah, of course you could open up the gap and be a bit wider through the corner.

“In the moment it was just kind of one of those things. Of course I would prefer there not to be contact.”