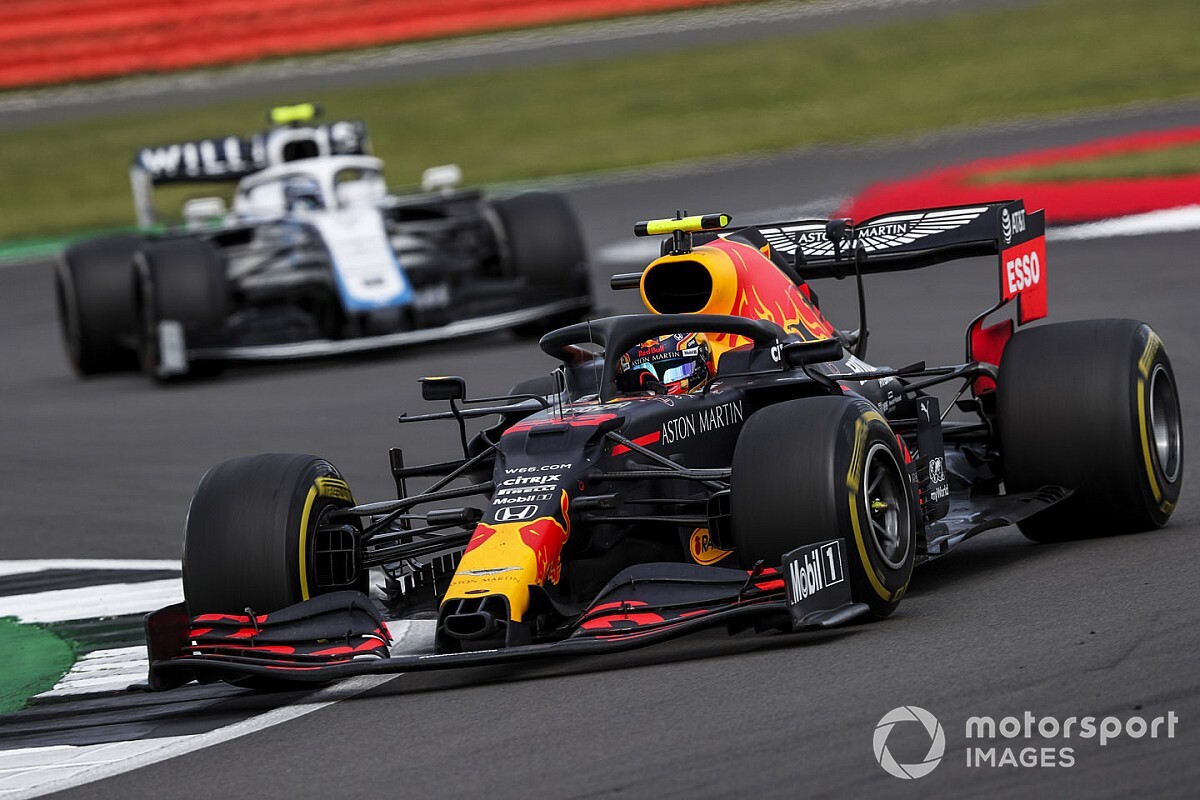 Albon crashed out during second practice on Friday before an electrical issue sidelined him in FP3, leaving him with limited track time heading into qualifying.

Albon was eliminated in Q2 for the second race in a row, qualifying 12th, and then collided with Kevin Magnussen at the end of the opening lap of the race, leading to a five-second time penalty for causing a collision.

The Red Bull driver was ultimately able to fight back to eighth place after a late charge on a two-stop strategy.

Albon called the result "damage limitation" after the clash with Magnussen left him with a damaged car, believing the incident was "50-50".

Asked by Motorsport.com for his thoughts on the penalty, Horner agreed with Albon's belief it was a racing incident.

"I think for me, that was a racing incident," Horner said. "If you look at it from the beginning, Kevin made a mistake, he got out wide, Alex put his nose in there and then he sort of backed out a little bit.

"It was one of those things. I wasn't too surprised with the penalty, it could have gone either way."

Albon put his tyre advantage to good use through the closing stages, rising from P17 to P8 in the final 16 laps of the race.

Horner heaped praise on the Anglo-Thai driver for his late surge, and said he simply needed a straightforward weekend to regain his form after a difficult run.

"Then I thought his recovery from there was excellent," Horner said. "We've seen it on numerous occasions, his ability to come back through the field. His pace in the race was very good.

"We just need to have a straightforward, boring weekend for him. I thought today, once again, he's driven a very strong grand prix."

Horner said he hoped Albon's charge through the field would act as a decent confidence boost following his recent struggles.

"I think so, and I hope with another [race], the ability to come and run the weekend here again, effectively next weekend, I'm sure he'll make progress from there," Horner said.

"I was very pleased with his performance today."