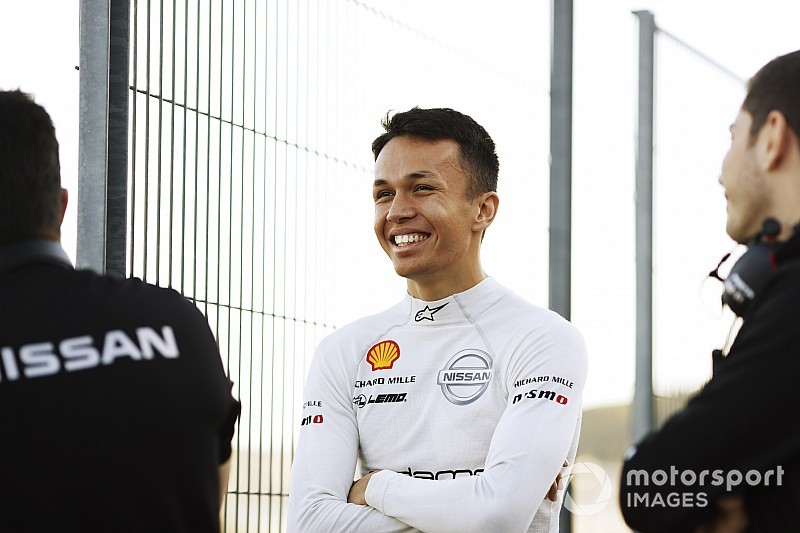 Nissan had signed 2018 Formula 2 title contender Albon, who races for e.dams' DAMS arm in the F1 support series, to a three-year FE contract in July, placing him alongside Sebastien Buemi for the 2018/19 season.

But it emerged at the start of FE's pre-season test at Valencia that Albon was closing on a Toro Rosso seat and he did not drive in Spain, costing Nissan two days of running before Oliver Rowland was brought in for the final two sessions.

"It came out of the blue," Driot told Motorsport.com

"We are very much frustrated within DAMS and Nissan e.dams because as far as DAMS is concerned and Formula 2 is concerned, we have done a lot in order to help Alexander Albon race, financially speaking.

"We gave him a good car - because the year before the team he was with [ART Grand Prix], he didn't really perform - and with us he has demonstrated that he is very quick, which I never doubted.

"We took him for a three-year contract [in FE] and suddenly out of the blue - because we helped him a lot to brush and to shine his image - Toro Rosso came with Dr [Helmut] Marko to say that he wanted to have Albon in a car.

"So we are negotiating with Toro Rosso, Nissan have top management who were not really happy, as you can imagine.

"[They are] very unhappy because we had signed him for three years. But we are trying to find a solution."

Driot said that situation remains unresolved and that negotiations regarding Albon's future are continuing.

"We are trying to find a solution because when you have a driver who doesn't want to drive any more, what do you do? But we have a contract and that is clear," he explained.

"Nothing is done at the moment, and this is why we put Oliver Rowland in the car - as a kind of third driver - and we will see in the coming two-three weeks how it develops.

"We are discussing with Toro Rosso in order to see how we can find the best solution for everyone."