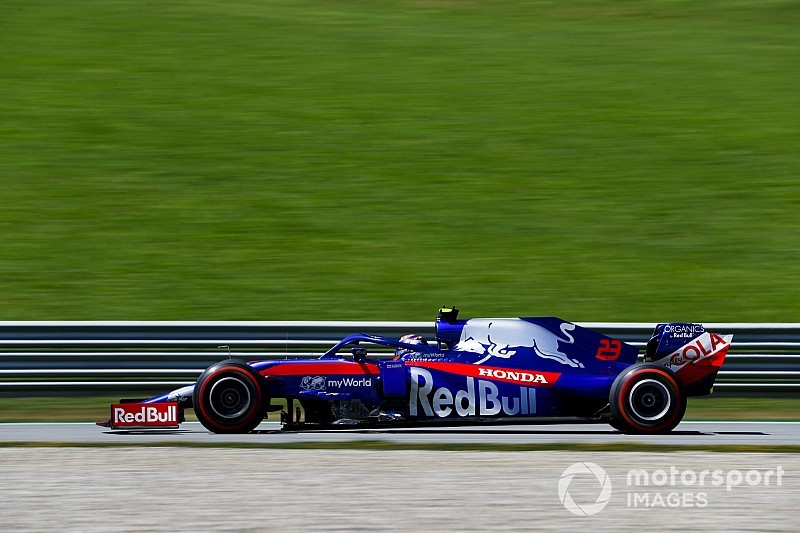 The Scuderia Toro Rosso Formula 1 team has given Alexander Albon a new Honda power unit for the second time in two days.

The Thai driver had already been consigned to the back of the grid, in company with Carlos Sainz, as a consequence of penalties incurred yesterday.

For FP1 Albon took the latest Spec 3 PU, which entailed a new V6, turbo, MGU-H and MGU-K. Today he took new Spec 3 examples of each of those.

The way the system works the V6 and MGU-K that he used yesterday cannot stay in the pool and be used again without penalty, because they contributed to penalties this weekend. That means both items had a useful life of just two practice sessions.

However, the Friday turbo and MGU-H can be retained in the pool and used again, because they did not contribute to penalties.

A Honda spokesman told Motorsport.com that the latest change was scheduled and that the point was to put the extra turbo and MGU-H in the pool for Albon, without further penalty.

“What’s usual in F1, that makes it exciting!,” he told Motorsport.com. “There are enough engines here and Honda is testing so it’s fine.”

Asked if the newest engine was an improvement, he added: “It’s for sure better, otherwise we would not change the engine. It was scheduled, as we will schedule in Spa and Monza another change.”

Sainz "surprised not to be happy" about McLaren pace