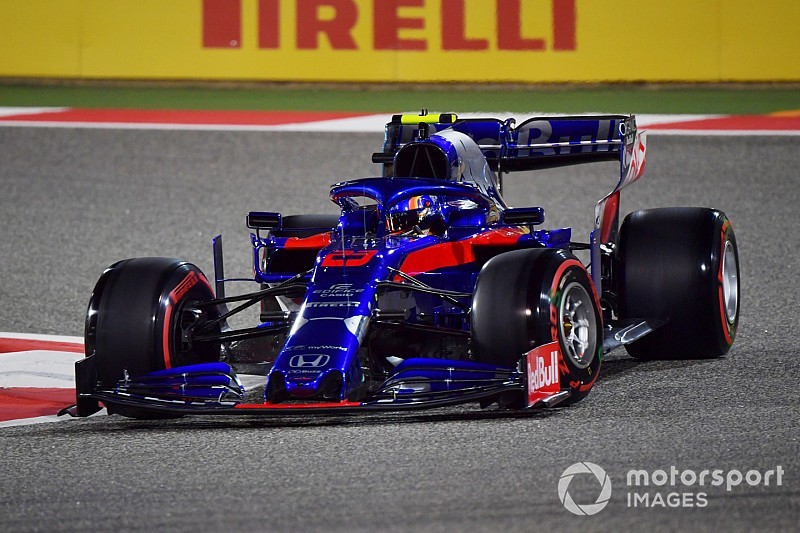 Toro Rosso team principal Franz Tost says that rookie Alexander Albon has impressed the Italian team thus far, and he believes that the Thai driver is set for a successful career at the top level of the sport.

Albon, who hadn't driver an F1 car until the shakedown for the STR13 in February, has outqualified teammate Daniil Kvyat in both races thus far.

He scored his first points with a ninth-place finish in Bahrain.

"We've been quite positively impressed from the first test onwards," Tost told Motorsport.com.

"He is doing a really good job, and I must say if he continues like this, he will become a very successful F1 driver.

"His strengths are the car control – up to now, and hopefully it stays like this, he didn't have a crash.

"Also his technical understanding, he comes up with quite good feedback, and it matches exactly with what Daniil, who is much more experienced, is saying.

"And he understands the tyres. I think he learned this already in F2, because also there you must take care of of the tyres and treat them well."

Although the double retirement for Renault helped Albon into the points in Bahrain, Tost said that the he had also suffered bad luck in qualifying, and thus deserved the result.

"He had a very successful race. He was unlucky in qualifying because part of the front wing broke, otherwise I'm convinced he could have been within the first 10. He had a reasonably good start, and afterwards a race without any major problems.

"He managed the tyres well, and therefore he deserved the ninth position. He did a fantastic job with the primes, he was out many, many laps, and he finished the race on those tyres.

"I must say all those three rookie drivers deserve to be in F1. Alex is doing a fantastic job, as well as [Lando] Norris and [George] Russell."

Video: Where F1 is going wrong with its necessary evil