Alfa was "nowhere" in "far from normal" Japanese GP 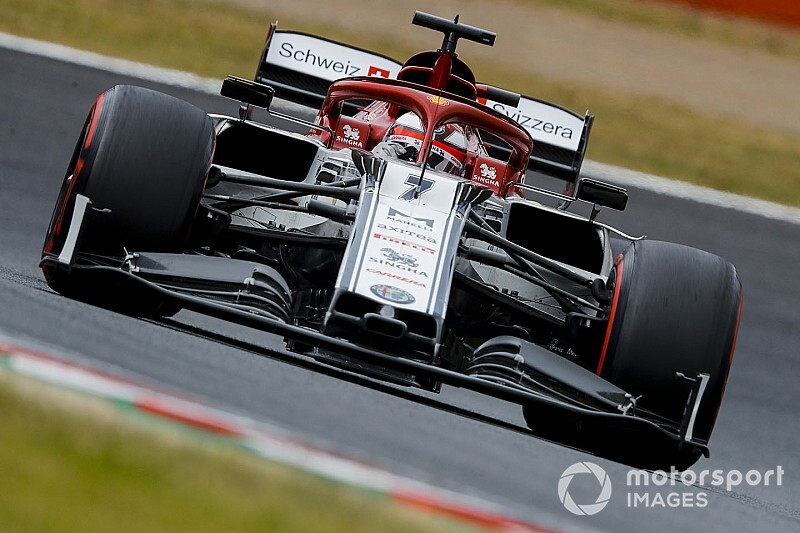 Alfa Romeo’s Formula 1 drivers were left baffled by being “nowhere” in the Japanese Grand Prix, a race Kimi Raikkonen labelled “far from normal”.

The two Alfas qualified 11th and 13th after narrowly missing out on a spot in the top-10 shootout, with Giovinazzi ahead of Raikkonen on the grid, but they slumped to 14th and 16th in the race itself with Raikkonen the best-placed of the two.

After finishing more than 20 seconds adrift of the points, Raikkonen confessed to being confused by his lack of pace on the medium and hard compounds.

Asked by Motorsport.com if the unusual Japanese GP weekend, on which qualifying was shifted to Sunday morning because of Typhoon Hagibis, had given way to a more normal race, Raikkonen said it was “far from normal in my book”.

“It’s hard to understand why we had no front end and no speed on the first two sets [of tyres],” said Raikkonen.

“When we put the soft on at the end we suddenly go three or four seconds faster and the car actually feels quite good.

“I don’t know, hopefully we figure out soon what is the issue. We ran two different aero packages. I’m sure we’ll learn from those and hopefully we get back to fighting in the top 10.”

Raikkonen had expected a stronger showing from Alfa after the team felt it had got to grips with the causes of its recent mini-slump.

The 2007 world champion has not scored points since the summer break while Giovinazzi has a ninth and a 10th during that five-race spell.

Asked by Motorsport.com if Alfa’s woes might have been eased had it not lost track time through Saturday’s cancelled final practice session, Raikkonen said: “I don’t know. Somehow just on one compound, the soft compound, the car works and the others absolutely not.

“We just don’t get any grip from those tyres. It’s probably the first time this year that it’s like that.”

Giovinazzi continued his fine qualifying form since the summer break by outpacing Raikkonen again but finished almost half a minute behind after being forced to abort an attempted one-stop strategy with four laps left.

“It was really difficult,” said Giovinazzi when asked by Motorsport.com if he shared Raikkonen’s assessment of the grand prix.

“The pace was really slow all race and in qualifying we were not too bad, really close to the midfield teams. But in the race we were nowhere.

“We will check everything and try to find the right solution for the next race.” 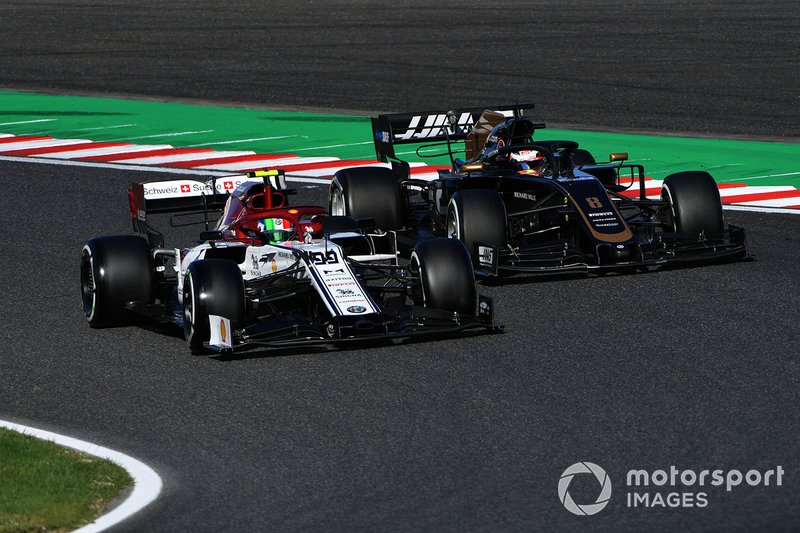 Tech verdict: How Mercedes struck back at Suzuka