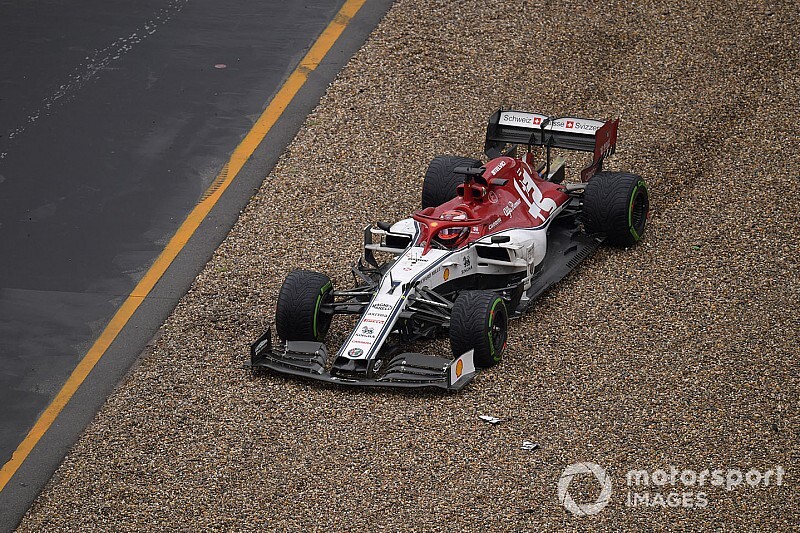 The Alfa Romeo Formula 1 team has been unsuccessful in its bid to have its German Grand Prix penalties overturned.

It had appealed the 30-second penalties that dropped Kimi Raikkonen and Antonio Giovinazzi from seventh and eighth to 12th and 13th, but post-race time penalties are not among the punishments that can be appealed under F1 rules.

Though Alfa sporting director Beat Zehnder said last month that the team would not be risking the appeal approach unless it felt it had "some arguments to win" with, on Tuesday the case was declared inadmissible by the FIA according to Alfa. A full ruling is expected to be published later.

The decision means Williams and Robert Kubica's sole point of the 2019 F1 season so far is safe, as he had been elevated to 10th by the Alfa demotions.

It also means world championship leader Lewis Hamilton keeps the two points he scored for ninth in the chaotic race.

The penalties were awarded for clutch setting offences, with Alfa having contravened the rules designed to prevent teams deploying an equivalent of traction control.

Team principal Frederic Vasseur had argued at the time that the problem was outside Alfa's control.

"The situation arose during the laps we spent behind the safety car ahead of the standing start - we suffered a dysfunction of the clutch that was beyond our control and we will further investigate the issue," he explained.

"We respect the FIA's process and the stewards' work, but will appeal this decision as we believe we have the grounds and evidence to have it overturned."