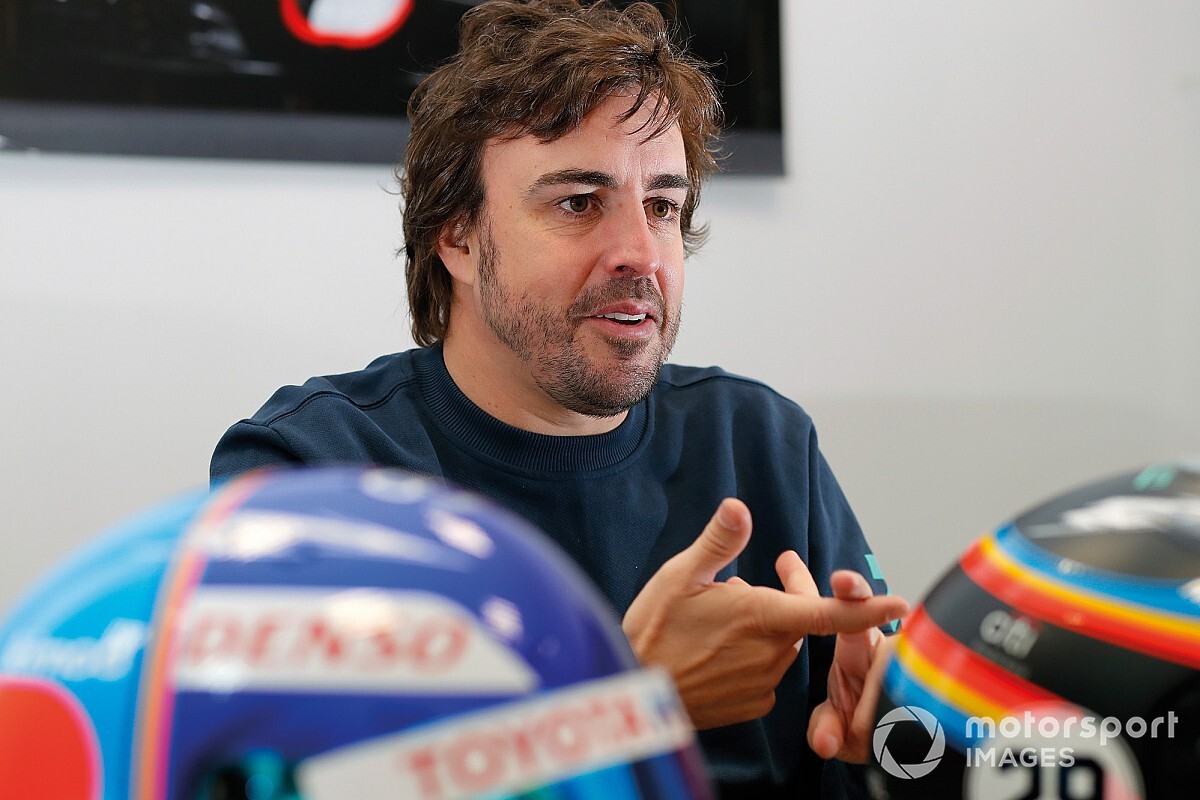 Two-time Formula 1 world champion Fernando Alonso says he knows “more or less” what his racing plans will be for the 2021 season.

Since making his most recent F1 appearance at the end of 2018, Alonso has raced in both the FIA World Endurance Championship and the Dakar Rally, and is due to enter this year’s Indianapolis 500 with McLaren SP.

The former McLaren, Ferrari and Renault F1 driver is still aiming to become only the second driver in history to win the ‘triple crown of motorsport’, requiring an Indy 500 victory to add to his Monaco Grand Prix and Le Mans 24 Hours wins.

Alonso stated when he left F1 at the end of 2018 he would be interested in returning to the sport once its new regulations, originally planned for 2021, came into force.

Speaking in an interview with Le Mans’ official Instagram account, Alonso said he understood the decision to delay the rule changes until 2022 before hinting his plans for next year were close to being set.

“I always said look, in 2021, there are new rules in Formula 1, I may come [back], because maybe there is more interest and the cars are more balanced, and maybe I’m hungry for travelling again or putting myself in contention,” Alonso said.

“F1 now delayed the rules to 2022. That’s bad news in a way for the sport, because I think they need to balance the cars and need these new rules as soon as possible. But it’s a choice that is understandable, because with the current situation, it was not possible to develop the cars for next year.

“In my personal case, I know more or less what I’m doing for next year, and hopefully many of you will know soon.”

Alonso has not been part of a full-time racing programme since leaving Toyota’s LMP1 team after clinching the WEC title last June alongside Sebastien Buemi and Kazuki Nakajima.

The Spaniard took victory at Le Mans in both his starts with Toyota in 2018 and ‘19, and said he was eager to return to the race once the new Hypercar regulations comes into force next year.

“I think the Hypercar is a nice project, together with the different solutions that I know the [World] Endurance Championship is going through a good process now with IMSA,” Alonso said. “A lot of things in the future that will probably boost a little bit endurance, and I want to be part of that.

“I don’t know when. Obviously my experience with Le Mans is at the moment 100 percent love, with two participations and two wins. I want to try [for] a third, for sure. Let’s see when.”

Alonso was confirmed to run a third McLaren entry in the Indy 500 in May prior to the race being postponed, and was also set to feature in the road course event at Indianapolis two weeks earlier. But Alonso said a full-time IndyCar programme was not a consideration.

"It was something that I considered maybe two years ago,” Alonso said. “When I stopped Formula 1, I was thinking about what to do next, and obviously winning the WEC championship and being World Endurance champion and Formula 1 champion, what if one day I’m IndyCar champion? Not only the 500, trying to win the championship in general.

“The commitment to do that will be too high, at this part of my life. I think a few years ago, maybe that was a possibility, but right now, to do 16 or 17 races, to know all the circuits, I will require a level of preparation or commitment that maybe at this time in life I’m not happy to take.

“The Indy 500 is already a nice commitment and a long preparation for one race, so I cannot imagine for the whole championship. That would be full dedication.”

My job in F1: The Safety Car driver