Fernando Alonso says he sees his decision to leave Formula 1 after the 2018 season as a "goodbye" to the sport.

The two-time champion will call time on his grand prix racing career at the end of this year, although he suggested he was open to a return in the future.

"Right now, I am thinking that it's a goodbye," Alonso said at Spa. "But you know, life changes very quickly. And life also taught me in the past how things may change, in a couple of months' time, or years' time.

"As I said also in the press release when we announced the retirement, it is to leave the door open, because I don't have a crystal ball to know what is going to happen in the future.

"So as I said, for me it is a bye-bye, but who knows what will happen in the future?

Alonso insisted that he wanted to leave F1 on his own terms.

"It was a decision that probably I started thinking about last year, and then this year, 2018, there were a lot of changes in the team so I thought that it was worth staying one more year. I enjoy driving these cars with these regulations, the big tyres. I was having fun.

"I prefer to take my own decision and find new challenge that maybe F1 cannot offer me at the moment."

The Spaniard insists that winning in other categories is the best way for him to leave a legacy after he has been unable to extend his tally of two F1 world championships.

Alonso is expected to combine an IndyCar programme with his Toyota WEC commitments in 2019.

"The triple crown is something I have been saying for a couple of months now, or years – that to be best driver in the world, there are two possibilities, winning eight world championships in F1, which is unlikely now for me, or second is to master different series and different cars.

"In sportscars I think I'm doing quite OK at the moment, so I'm happy with the performance I'm seeing there. The Indy 500 I felt competitive last year, and there are other series that can put you in a different level in motorsport, if you can win with different cars, in different series.

"The possibilities for next year [in F1], they've been a few, or a lot, depends what you look at it. I did not say because as I said also last week because there are probably only two teams which can win and they continue with their drivers for the following years.

"I think definitely it plays a part of it, if you are in one of those two teams you probably keep going even if you don't enjoy the races or trips or amount of years you have been doing the same thing." 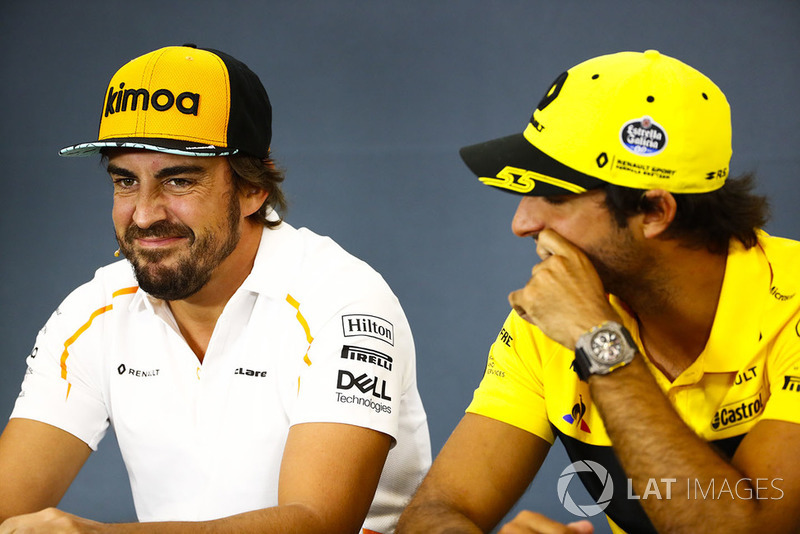 Stroll: No guarantees over seeing out 2018 with Williams