Seven-time NASCAR champion Jimmie Johnson and two-time Formula 1 champion Fernando Alonso have had the first chance to try each other's cars out during the JJxALO car swap in Bahrain. 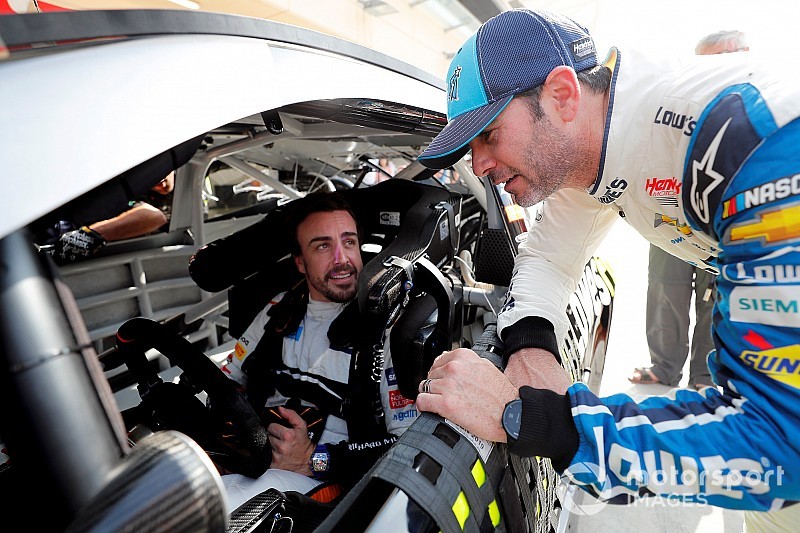 With Alonso prompting an early change to the day's programme when he asked for a brief run in the 2013 Mercedes-powered MP4-28 in the morning, Johnson was swiftly put out on track for his first F1 experience.

Having originally intended to do a five-lap stint, his first run was cut short when he experienced his helmet lifting off on the straights.

McLaren quickly fitted a windscreen to help the situation, and Johnson successful completed a longer effort.

Before Johnson returned, Alonso experienced a few laps in the 2018 road course NASCAR car as he got his first taste of the American racing series.

Both drivers will complete further runs on new tyres over the remainder of the day. 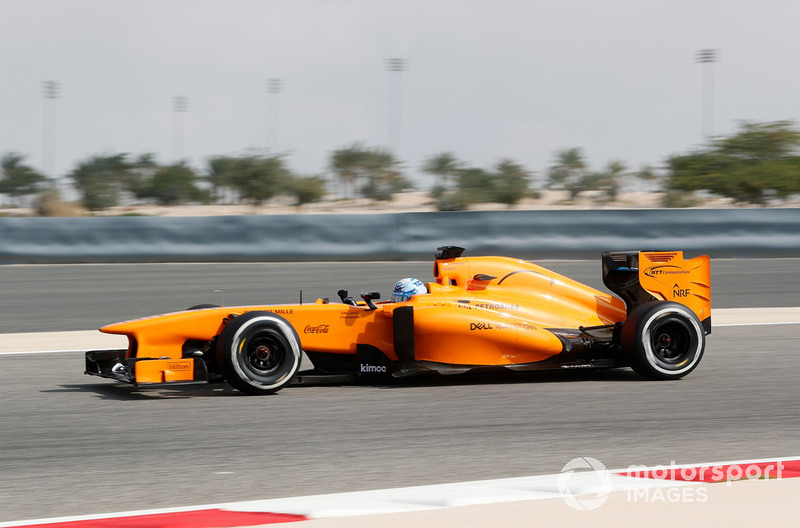