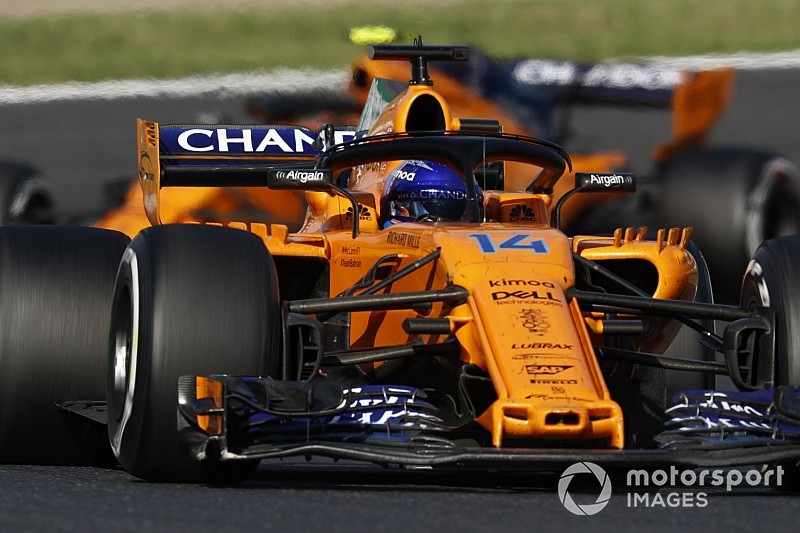 Fernando Alonso reckons his LMP1 and IndyCar exploits boosted him as a driver and helped him record a career first by trouncing Formula 1 teammate Stoffel Vandoorne in qualifying.

Alonso beat Vandoorne in every qualifying session in 2018 and was last outqualified in the 2017 Malaysian Grand Prix, a run of 26 races.

He is not expected to return to the grid after stepping away from McLaren for 2019 and billing the Abu Dhabi season finale as his F1 farewell.

Alonso, a two-time world champion and veteran of 311 starts, said his extracurricular activities in IndyCar and the World Endurance Championship in 2017 and 2018 played a role in achieving “something that I never reached in my career” in his final F1 season.

“It's difficult to know exactly your speed in the car,” said Alonso. “You only can follow the numbers, and this year it has been my best year by far in terms of qualifying battles.

“So, I feel I'm competitive and I'm fast. Probably, testing day in IndyCar and the WEC programme this year, I feel better driver, or a more complete driver.

“I understand more the behaviour of the cars, other driving techniques, other ways of saving energy, saving the tyres.

“So, you have more information from the outside and other engineers, other points of view, that maybe makes you better, or [provides] a wider views of motorsport.

“Probably when you jump in the Formula 1 car, you have an extra opinion even if it's not totally useful in a Formula 1 car.

“The overall concepts of different philosophies, I think it helps you as a driver.”

Toro Rosso pair Pierre Gasly and Brendon Hartley had the fewest comparable sessions, at 18 of 21, but Gasly still won that fight 12-6.

A comparison of each intra-team qualifying fight, based on sessions both drivers took part in and with anomalies such as reliability problems excluded (e.g. Grosjean’s engine failure in Canada)