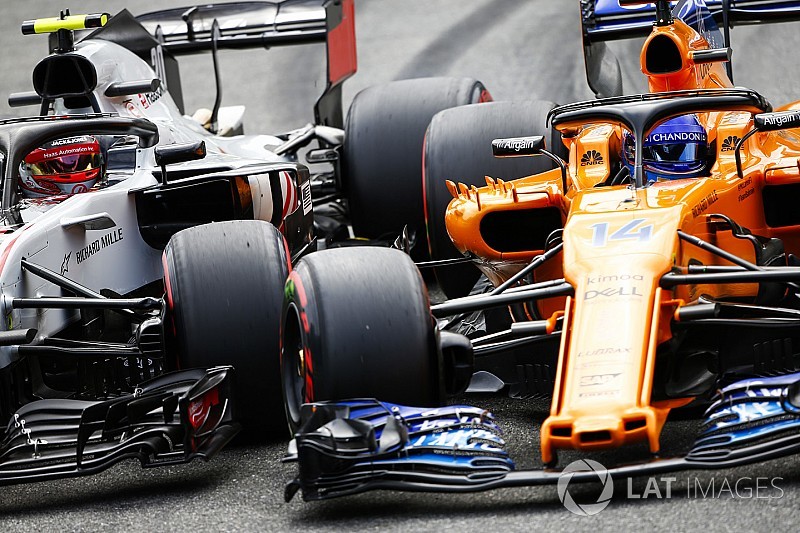 McLaren driver Fernando Alonso has mocked his Haas rival Kevin Magnussen for dropping out in Q2 at the Italian Grand Prix in the aftermath of their on-track run-in during qualifying.

The pair got in each other's way in the final moments of the second segment, as Alonso got a run on Magnussen on the start-finish straight and attempted to overtake the Dane around the outside into the Rettifilo chicane.

He was ahead entering the first part of the chicane, but Magnussen did not yield position – and both drivers' laps were compromised as Alonso ran out wide exiting the section.

“Magnussen wanted to race into Turn 1,” Alonso radioed to his team with a hint of laughter, while the Dane appeared to be less amused, asking the Haas pitwall: “What the hell was Fernando doing?”

The run-in left both drivers out of Q3, with Magnussen 11th – having missed out by just a hundredth of a second – and Alonso 13th.

In the aftermath, the TV feed captured an argument between McLaren CEO Zak Brown and Haas team boss Gunther Steiner in the pitlane.

Speaking to media after qualifying, Alonso argued that Magnussen cut in line during the warm-up lap – and reckoned the incident made more of a difference to Haas, which is ahead of McLaren in the pecking order this weekend.

“We were all running together at the end of the out-lap and with all that traffic one of the Haas cars decided to overtake and start the lap in the middle of all the cars that were more or less in position.

“There are many classes of drivers and then there's the Haas ones, who have the third- or fourth-best car of the grid and are out in Q2.

“I got into Q2, which is one of the things that I wanted. It doesn't change much for me, I guess more for them, but it's fun, a lot of fun.”

Both Alonso and Magnussen have been summoned to the FIA stewards over the incident. 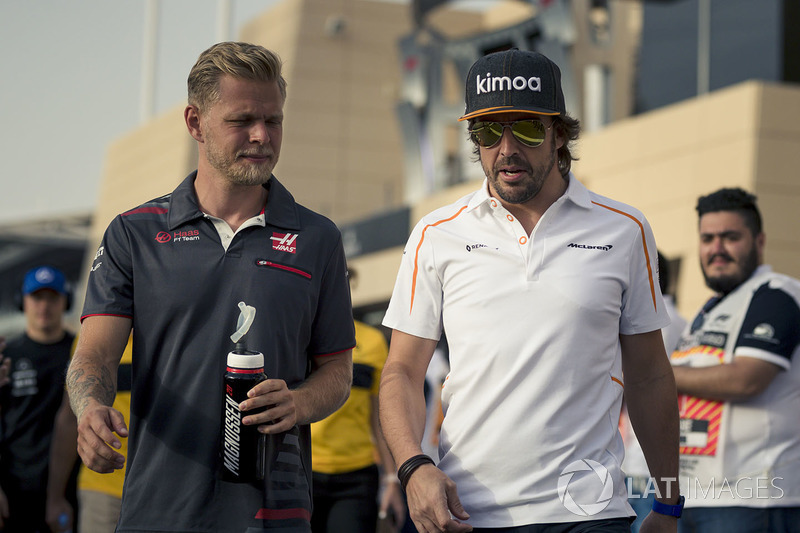