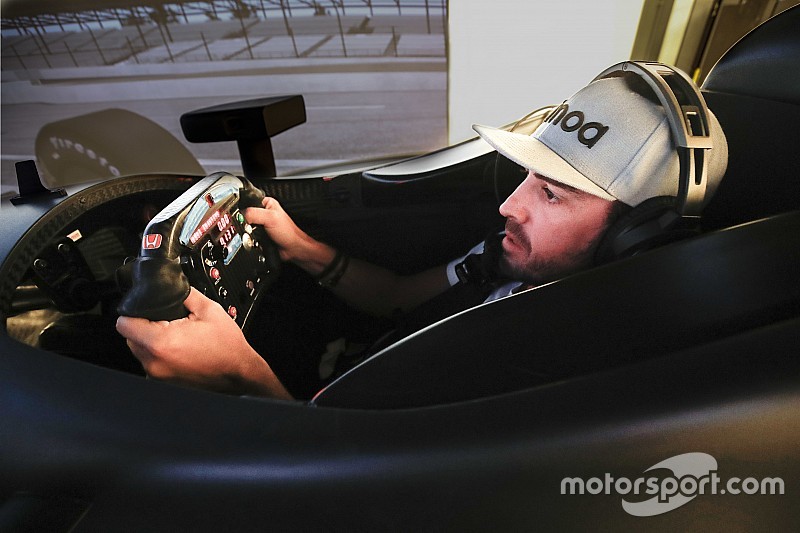 Fernando Alonso says the opportunity to compete in a potentially race-winning car at the Indianapolis 500 is "much greater" than racing for McLaren in Formula 1's Monaco Grand Prix.

The two-time world champion caused a shock when he announced he would miss the jewel in the crown of the F1 calendar to make his debut in the Indy 500, especially because Monaco is likely to be one of McLaren's strongest races due to the lack of reliance on engine power on the twisty street circuit.

Alonso acknowledged that Monaco could be a high point for McLaren this season, but he said that was not enough to deter him from missing the race.

"Monaco definitely is the race that I was preparing all season for because with our package we should definitely be competitive there," Alonso said.

"This clash with the Indy 500 is bad news in that aspect but overall I have much more to win than to lose. In Monaco, even if you are in the top five or top three or whatever it's OK, it's an enjoyable result.

"But the big possibility to win a legendary race is much greater than any position in Monaco. It's not that I'm not racing in Monaco, the biggest news is that I'm racing the Indy 500 and it's something that's attractive.

"It's a unique day for motorsport, where McLaren-Honda is racing in Monaco and Indianapolis on the same day."

Alonso predicts that McLaren can have a good race in Monaco without him, with teammate Stoffel Vandoorne and his replacement Jenson Button both capable of a good result.

"They will do well, both of them," he said. "I need to talk to Jenson, I need some percentage or some commission from his race in Monaco!

"Jenson knows the team, knows the car – he will maximise whatever he has in Monaco. The possibility to score points there is very real and if anyone can do that job it's Jenson so I think we are all happy.

"Stoffel will put the car in the best possible position anyway – hopefully the team can score.

"That depends on many things because Monaco is a unique race but I think it's going to be OK and [missing the race] won't have too much of an impact on the team."