Subscribe
Previous / Brawn rebuffs suggestions F1 rules revolution is not needed Next / Tsunoda: I did everything to hold up Hamilton for Verstappen
Formula 1 / Turkish GP News

Fernando Alonso apologised to Mick Schumacher for their clash on the second lap of the Formula 1 Turkish Grand Prix, accepting the five-second time penalty.

By:
Luke Smith
Co-author:
Alex Kalinauckas
Listen to this article

Alonso started fifth at Istanbul Park for Alpine, only to be spun at Turn 1 by Pierre Gasly and fall down the order in damp conditions.

As Alonso looked to make up places, he attempted to pass Schumacher down the inside at Turn 4 on the next lap, only to make contact with the Haas driver and send him into a spin.

It resulted in a five-second time penalty for Alonso - which he served when pitting for intermediate tyres - after being deemed “predominantly to blame” for the incident. He also picked up two penalty points on his FIA superlicence.

Alonso would ultimately finish the race 16th, while Schumacher crossed the line 19th ahead of Haas teammate Nikita Mazepin.

“I thought I was alongside him, but obviously it was a late move, so we touched each other,” Alonso said when asked by Motorsport.com about the clash after the race. “Unfortunately he had the spin, and I got the penalty. I take it, of course. I’m sorry to have the collision with him.

“Obviously that happened only because I was P14. I should not have been in that position. The luck seems to keep avoiding us this year big time. I guess we are accumulating a lot for next year.” 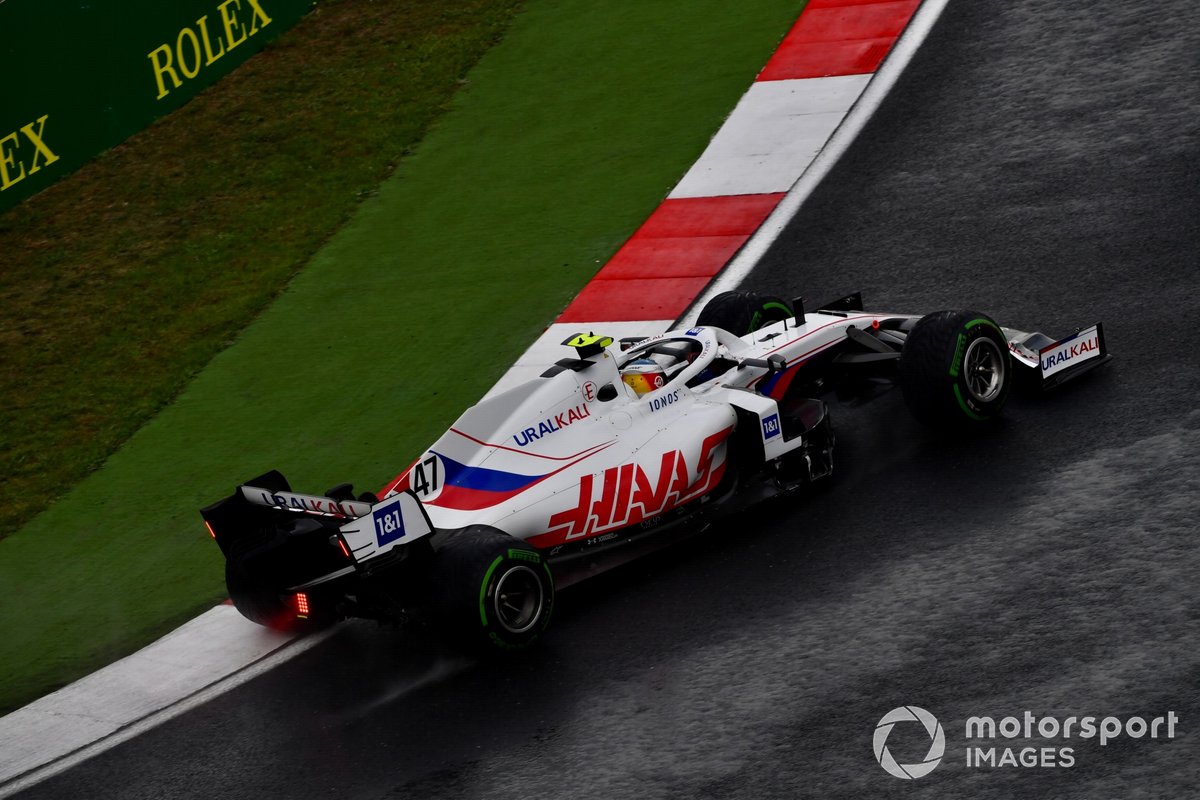 Schumacher brushed off the incident after the race, accepting that “these things happens”.

“Especially in those kinds of corners where you have a long corner in front and then you prepare for Turn 4, it's really easy to just try a divebomb,” Schumacher said.

“But unfortunately this time it didn't work out. We learn and we'll move on.”

Schumacher qualified a career-best 14th on Saturday in Turkey, and felt that it had been his best weekend in F1 “up to the race”.

“Overall I think yeah, we can be very happy about what we did and we were very close from the beginning,” Schumacher said. “It just seemed like the gap to all the cars was smaller than usual.”

Asked if he would have fallen back anyway without the Alonso clash, Schumacher said: “I don't know how much the following killed my tyres.

“Obviously I was following Nikita for quite some time. I imagine that I would have been able to extend the run ands go a bit faster probably.

“I don't know if I would have been able to maybe fight Sebastian [Vettel] for a bit, but I don't see myself finishing in high positions.”