McLaren Formula 1 drivers Fernando Alonso and Stoffel Vandoorne have both received points on their licences for ignoring blue flags while being lapped during the Brazilian Grand Prix. 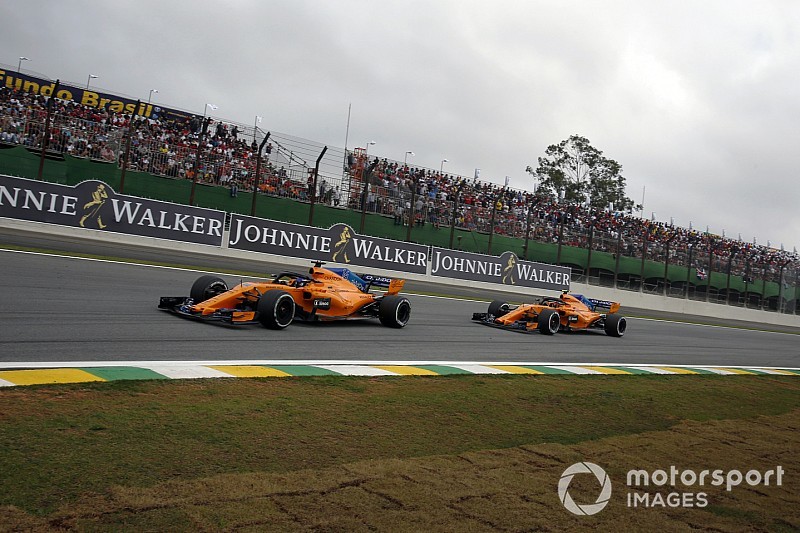 The pair were also given five-second time penalties. Alonso's was awarded during the race, and demoted him from 16th to 17th.

Vandoorne's penalty was only decided after a post-race hearing in which an incident where he blocked eighth-place finisher Romain Grosjean's Haas while battling with Lance Stroll was discussed.

The penalty will drop Vandoorne from 14th to 15th, elevating Esteban Ocon.

Both McLaren drivers received two penalty points on their licences, taking their tallies to three, but this punishment will prove irrelevant because neither will race in F1 in the 2019 season.

Alonso and Vandoorne had started only 17th and 20th, and spent most of the race battling with the two Williams drivers and the recovering Ocon.

Vandoorne overtook his teammate, Stroll and Sergey Sirotkin on track to secure 14th on the road in a performance he declared himself extremely proud of.

"Maybe no one noticed again, but I think it was a great race again today," said Vandoorne.

"We did a good job in the first stint, made the tyres last a little bit longer than the others, came out on the fresh tyres, had a good fight with Fernando and from there on we did a good race.

"We managed to overtake the Williams as well.

Alonso's strategy of a very early first pitstop backfired, not helped by a slow stop, and though he was able to repass both Williams following a late second stop for new supersofts he then lost one position to Sirotkin again due to his penalty.

"It was tough today," Alonso admitted. "We gambled on the strategy a little bit, stopping very early. It didn't work.

"With the medium tyres we blistered the tyres and we were not competitive in the second half of the race. The pitstop was not clean and smooth so we lost a bit of time in there.

"Overall we've been too slow all weekend. We didn't have the pace to be in the top 10 so whatever strategy, whatever we tried I think the points were unreachable." 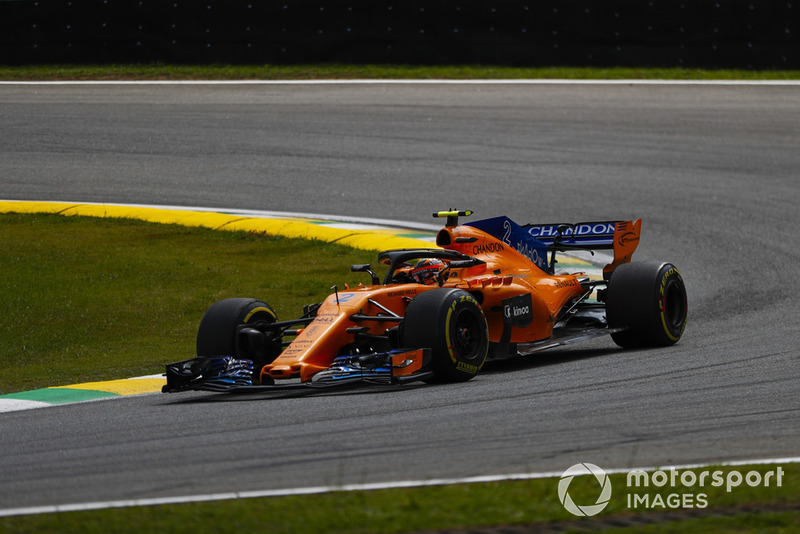