Alpine wants to wait until around the time of the British Grand Prix to decide on the Formula 1 futures of Fernando Alonso and Oscar Piastri.

The French manufacturer already has Esteban Ocon under a long-term contract, but has not yet decided on who will line up alongside the Frenchman from 2023.

Current driver Alonso is out of contract at the end of this year, but appears eager to carry on after making a strong return to F1 last season.

The Spaniard has especially impressed with his speed this year, even though bad luck has cost him several opportunities to score big points.

Piastri is currently serving as Alpine's reserve driver after a stellar junior career that has included winning the F3 and F2 titles.

With it clear that the Australian needs to get back racing next year if his career is not to lose momentum, Alpine will need to make a call about how best to move things forward.

If it elects to stick with Alonso for its works team, then one option that has been widely suggested is that Piastri is loaned out to another squad, with Williams a clear favourite for this.

Asked by Motorsport.com about the timing of any decision on this front, Alpine team principal Otmar Szafnauer reckoned that mid-July would be most likely.

"We haven't thought that through yet, because it's a little bit early," he said. "But around Silverstone we will probably be talking about it." 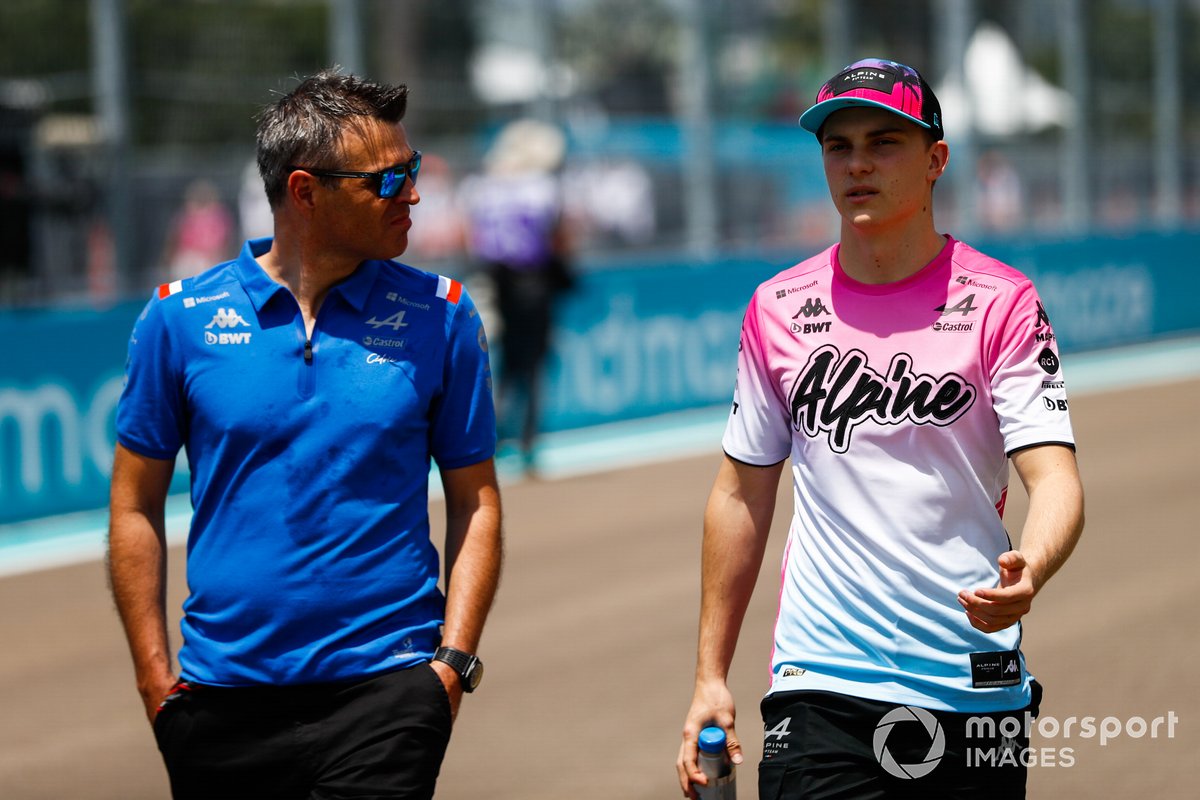 Amid recent speculation that Williams could even make a driver change in-season, with Nicholas Latifi struggling to match the pace of Alex Albon, there has been talk that Piastri could be moved across before the end of the current campaign.

Szafnauer was clear, however, that no discussions had taken place on this front, although he said he would be open to finding any opportunity for Piastri to get more mileage.

"I haven't considered that deeply yet," he said. "I don't know what's happening at Williams, but I've heard the rumours.

"In the past, when McLaren have come to us and said, 'Hey, can we use him [Piastri] as a reserve driver?', we said yes.

"The reason for that is, the more seat time that he can get instead of sitting out, the better. So we would have that strategically in mind. But as far as what's happening at Williams, I don't know."