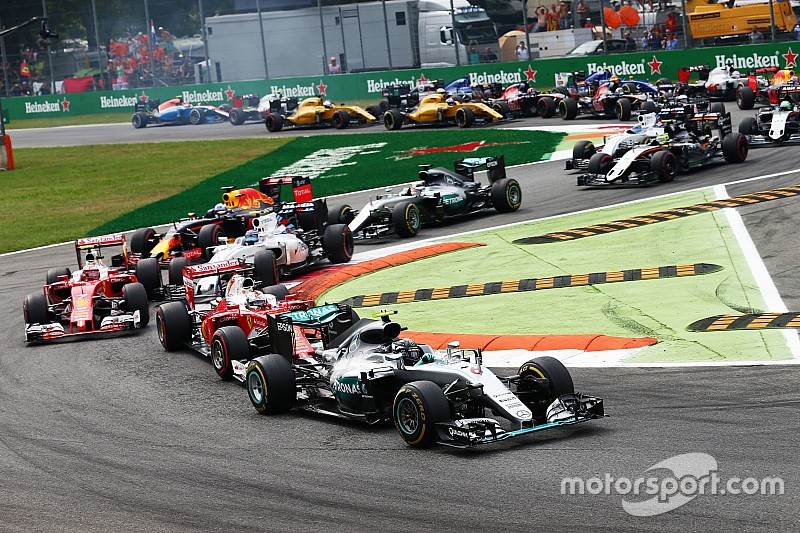 With viewing habits changing and online media on the rise, could Disney's bet on a new subscription model serve as precedent for Formula 1's future?

The recent arrival of Heineken as a Formula 1 sponsor has seen change afoot in the paddock, and talk of an even greater push on social media to bring new fans to the sport.

But for all the hopes of ever greater access and content for those who follow the sport online, the landscape surrounding how sport is broadcast is a rapidly changing one – and this could have an impact on F1.

Walt Disney may be famed for their movies and theme parks, but the company is also a major player in cable/subscription broadcasting. Disney recently confirmed that it had made a $1 billion investment in BAMTech, a technology outfit formed by Major League Baseball in the United States.

Disney will use BAMTech's expertise to create a direct-to-consumer standalone subscription streaming service for the ESPN network in an attempt to lure back customers in the face of a changing media consumption model.

"We must create or take advantage of these new opportunities in ways that are complementary to the multichannel offering," the Financial Times quotes Disney CEO Bob Iger as saying.

"Our goal is to ensure that our brands, notably ESPN, remain strong. … I love the quality of what [BAMTech] have created. It's an industry-leading platform. When you look at the development of internet delivered video, particularly live [video] this is a very smart investment."

According to industry sources cited in the New York Times, Disney's move has been made partly as an attempt to get returns on the sizeable amounts invested in long-term sports broadcasting deals over the years.

As is currently the case in Formula 1, changing viewing habits -- not least the move to streamed content on mobile devices -- has meant that the once-profitable subscription model is no longer reaping the dividends it once did.

"... Many investors and analysts have remained focused on upheaval in the television business," the NYT wrote.

"Viewership via satellite and cable services is declining as streaming options proliferate, and ESPN, the naysayers contend, is particularly exposed to a slowdown because Disney has locked itself into long-term payments for sports rights. Its ability to keep profit intact by cutting programming costs in the near term is limited."

Disney aims to have its BAMTech-devised service up and running by the end of the year, and it is worth keeping an eye on the success of the model: it is identical to that which many expect to see phased into F1 once the current round of broadcasting contracts have come to an end.

Given that even the bigger broadcasters involved in F1 are struggling to make any sort of return on their investment (Globo were unable to renegotiate their radio rights in the wake of the collapsing Real, while the various Sky teams now share back-of-house staff to reduce the high cost of covering the sport) it makes sense for the commercial rights holder - who has both means and method - to cut out the middle man and sell his own content direct to the consumer at a lower cost but for greater profit.

FOM's travelling film studio has shot and edited the world broadcasting feed for many years, supplying the visual feed, on-screen graphics, and team radio to those broadcasters paying for it. Each country then adds its own commentary (or buys another broadcaster's commentary to use).

FOM also produces off-track content broadcast over the screens at the circuit, including interviews with drivers and team personnel. The amount and scope of that content has increased in recent years.

Given that moving away from free-to-air TV coverage of F1 has had a dramatic impact on global viewing figures, yet online streaming of grands prix increases annually - from observation; there has been no official research conducted on the matter - the opportunity exists for FOM to replace its broadcasting deals with a direct subscription model, providing the same combination of on- and off-track coverage currently being provided by the individual broadcasters.

For teams and drivers, allocating TV media time to a single outlet - FOM, who can rely on partners Tata Communications to deliver the content to subscribers - makes for a much easier life and simpler scheduling.

For the commercial rights holder, cutting out the middlemen creates an opportunity to charge considerably more people far less money for what should be greater profits. An added bonus is the iron grip over F1's televised output.