Analysis: What's prompted the GPDA to speak out 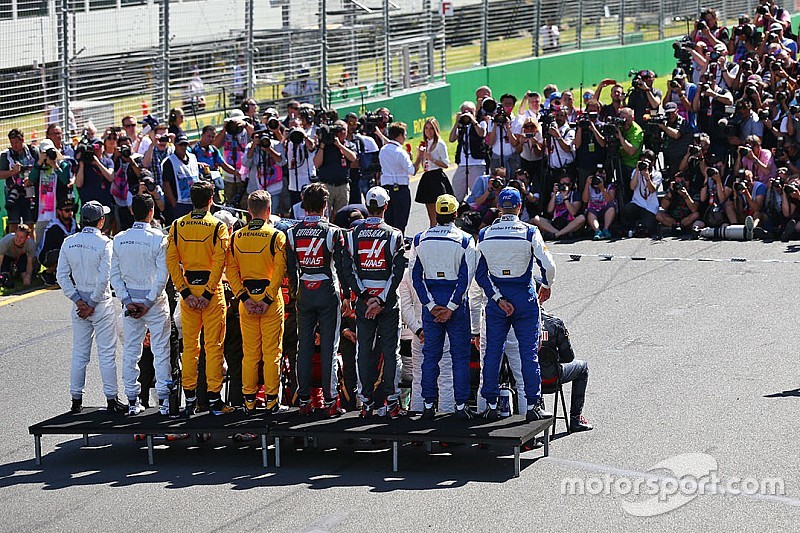 Yet for all the surprise - much of it welcome from fans - the GPDA's open letter has caused, it would be wrong to say it has been a bolt out of the blue, for unease among drivers has been growing for months about where F1 has been heading.

Sebastian Vettel said during pre-season testing: "I don't think F1 is broken. In terms of the show Formula 1 is doing fine. But in the background, the decisions lately and so on it is fair to say it is lacking leadership.

"I think it's a little bit chaotic if a couple of weeks before the season they start to reinvent certain rules and formats of qualifying as it has been discussed in the last couple of weeks."

But while Vettel has been the most widely quoted, his views are not alone. For the statement is not just one sent out by a few drivers: it has come after consultation and approval from all GPDA members.

GPDA chairman Alex Wurz said: "This letter was sent on behalf of all the drivers, through the GPDA as the drivers' body.

"Since the GPDA's existence (in the Sixties), we have operated by majority vote, which works very well. In this case, it was an extremely clear vote regarding the desire to express our opinion."

Since Wurz took over as chairman in late 2014, the GPDA has pro-actively stepped up beyond a pure safety remit, as it has embarked on a push to help improve the sport.

Last year, the GPDA launched, in association with Motorsport.com, a Global Fan Survey to better understand what those who follow the sport were thinking – and what they wanted F1 to be.

The drivers took a lot of notice of the results, which threw up a clear message that fans and drivers were aligned that F1 didn't need gimmicks and fake rule tweaks. It just needed a big plan to produce close racing among the best drivers in the best cars in a way that attracted a fresh young audience.

But F1 chiefs continued to fly in the face of those findings and the chase of ever bigger incomes has only served to further alienate fans.

The pursuit of pay-TV cash over viewers; the lack of a clear strategy to decide where F1 should be in five years time, the lack of challenge from cars, the failure to address fundamental rules oversights and the continued desire in some quarters to chose gimmicks like reverse grids, time handicaps and qualifying races has not gone down well among drivers.

The recent farcical situation surrounding elimination qualifying, which drivers did not want and proved a huge embarrassment for F1 in Australia, was almost certainly the last straw.

Wurz says that the decision for the GPDA to make the bold step of speaking out in the way it has done was mainly prompted by fans anger at what was going on in F1, as time and again wrong decisions have been made.

"The drivers want Formula 1 to be super brilliant, and we want to help make it so!," he told Motorsport.com. "They are the real protagonists of our sport and in response to some heated discussions by our fans but equally within the paddock and among the drivers, we felt it was time to express our opinion."

He added: "The survey was massively helpful to get a clearer picture of our fans. We can't appreciate enough the effort the fans put into the survey.

"Does the survey hold all the answers, or do we drivers claim to have a solution ready? No of course not!

"But all together the Grand Prix drivers felt the need to speak out, simply because we care due to our deep and pure love for this sport – which we hope will remain the pinnacle of motorsport and one of the largest sports globally."

Wurz is eager to point out that the GPDA statement is not intended as just a way of criticising what is going on without offering answers, or assistance.

He is clear the drivers will do what they can to help make F1 better, but what is needed is a willingness from the sport's top figures to start thinking big.

"No, of course it is not an attack on any of those people, why should we! We state very clearly in our letter that we believe every acting individual of the stake holders want the best for the sport.

"However, the process of how the stakeholders decide over the sport doesn't seem to work too well right now, when one observes it from the outside."

The more that F1 messes around with gimmicks like elimination qualifying, the more the drivers became convinced it is missing out on what it should be doing: sorting out a long-term vision.

Wurz and the drivers are adamant that if F1 is to have a healthy long-term future, its bosses need to change their approach: and think about how to respond to the changing media landscape and how to attract younger fans.

"Personally, I believe the answer to global growth of the sport is mainly based around its business model. Over many decades the F1 business and sport has grown amazingly, but things change and most definitely we are witnessing a sudden and fast changing landscape of the media itself and consumer behaviour.

"I feel, in order to make our sport fit for the future and next generations, the business model and the way F1 is run, needs to be addressed and redefined.

"It should be followed by a clear road map or master plan. I am not convinced that individual updates to sporting or technical rules are the solution to A) stop F1 losing viewers and fans, and B) initiate global growth.

"But the bottom line is, the desired outcome to the drivers' statement would be to achieve above points A and B."

Delivering a bright future for F1 is the biggest thing the drivers want.

How Stroll came within 11 days of Verstappen's F1 record