Analysis: Why 4WD is on Formula 1's agenda 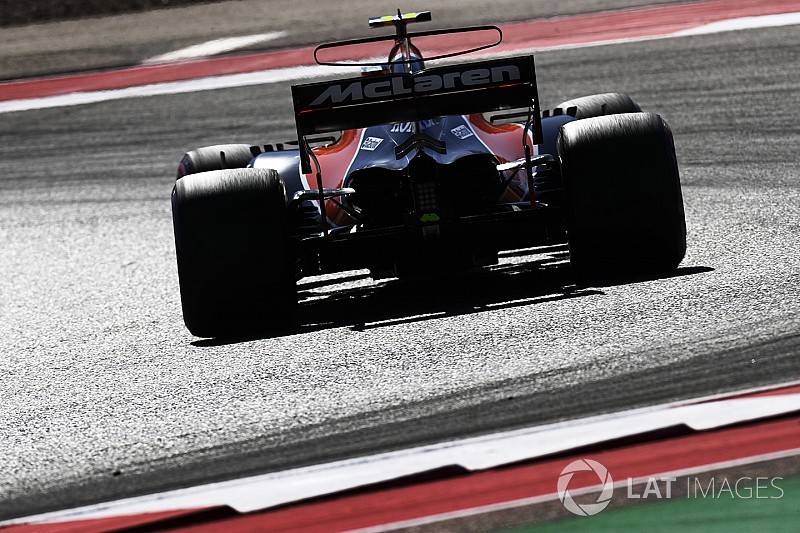 A move to 4WD cars in Formula 1 is one of the options set to be discussed by teams and the sport's chiefs when talks to frame future engine rules move forward at a crunch meeting next week.

Motor racing's governing body and F1's commercial right holders have invited teams to a meeting in Paris on October 31 to outline the vision for new engine and car rules that will be at the core of grand prix racing from 2021 onwards.

On the engine front, a move to a more simplified version of the current turbo hybrid V6 engines is a favoured route, with their set to be more standard parts  - including the MGU-K - to help bring costs down and make things more competitive.

However, there remains divided opinion about whether or not the hugely complicated MGU-H – which recycles energy from turbo heat - should remain at the heart of an F1 engine.

While Mercedes is in favour of keeping it, others are not so convinced. One route being considered to replace the energy that would be lost through ditching the MGU-H would be for a front-axle KERS.

It is similar technology to that employed by Porsche in WEC, where energy recovered under braking at the front axle is stored in batteries for deployment later - turning the car into 4WD.

While there are clear advantages to the system – including the fact a front-axle KERS would help improve mechanical grip in corners which would allow cars to follow each other more closely – the technology would be expensive and introducing it would add further weight to F1 cars that are already very heavy.

Big manufacturers like Mercedes say F1 needs to be open-minded about the technological aspect.

Mercedes motorsport boss Toto Wolff said: "If there is an emphasis on maybe not having the MGU-H any more, the heat recovery any more, how do we compensate for 60 per cent of electric energy that is being lost?

"There are various possibilities and front motors is one possibility. It's not that we are absolutely stuck on implementing front motors but we have to discuss all possible technologies that can compensate for the lack of power."

Beyond the added cost of a front-axle KERS, there is also the risk that one manufacturer could deliver something that is much better than all its rivals – which would lead to single-team domination.

Gene Haas said: "It's the same trap F1 got itself into when it selected this engine. It seemed like a simple idea but when you started doing the engineering it became very, very complex. Caveat to Mercedes, they got it right. The other teams struggled for a long time.

"So, I think we have to be very careful before we say "let's just throw a four-wheel drive car out there," because it could be another one of those ones where one team will probably hit a home-run and the rest of us will be struggling with trying to catch up with that. I think simple's better."

The difficulty that Liberty faces though is that whatever route is picked, there is unlikely to be a solution that will appease all parties involved in F1.

A high-tech expensive engine that requires new designs may please current manufacturers, but it will not help smaller teams nor encourage new independent suppliers in.

Renault F1 managing director Cyril Abiteboul said "Liberty will have to take a position and to accept maybe to make some people unhappy.

"It is going to be extremely difficult to make fans, independent engine manufacturers like Cosworth, teams that do not have a technology message like Red Bull happy, but at the same time keep the manufacturers, the petroleum companies and maybe bring new manufacturers."

Ferrari president Sergio Marchionne last week suggested that his company would not accept a simple engine that was introduced to cut costs and help smaller teams.

"The knowledge and technology of the Ferrari tradition can not be undone by the objective to reduce costs," he said.

"I am the first to acknowledge that we are spending too much, but we can not take action by removing what is the DNA of Ferrari and Formula 1."

For Red Bull boss Christian Horner, though, he believes the time has come for the FIA and Liberty to stand firm and do what is right for F1.

And he has urged them to go hardline - and take the approach that if the manufacturers do not like it then they can go and take their technology elsewhere.

Asked by Motorsport.com if he felt Liberty was going to have to accept upsetting some teams, Horner said: "Yes. Inevitably. But I think it will be a question of that [the new engine rule] is what it is. Here is the entry form. Sign up or go and do Formula E."

Where are Indians racing this weekend (October 27-29)