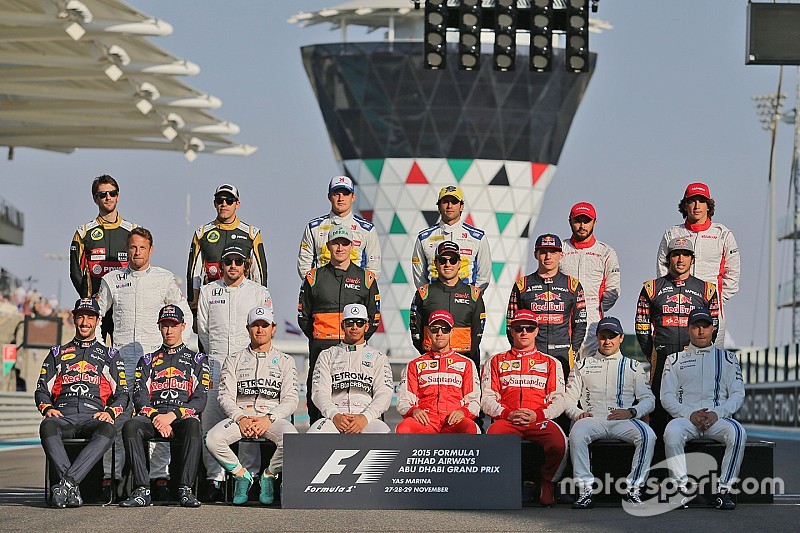 While other sports have become mired in doping scandals, Formula 1 has been drug-free territory for most of its history. Kate Walker explains why.

While doping in sport is serious business, every once in a while the stories verge on the ridiculous. For every competitive cyclist undergoing a full blood transfusion in their hotel room (perhaps not every, as there were quite a few…), a club-level racing driver will face a ban for that well-known performance enhancing drug, marijuana.

A well-known performance enhancer in the field of competitive-eating, that is, but rather less efficacious when it comes to manoeuvring a two- or four-wheeled machine to high-speed victory.

The majority of weed-related driver bans have come about when trace elements of the drug are found following a urine test, and don't take into account the fact that traces of THC - the active ingredient in cannabis - can remain in the body for weeks, meaning that a failed drug test by no means guarantees that the racer in question was anything other than sober when behind the wheel.

In the upper tiers of professional motorsport, doping scandals are rarer than hen's teeth. The FIA has long complied with WADA (World Anti-Doping Agency) standards, and F1 drivers are subjected to regular - and random - drug tests throughout the year, both during and between race weekends.

None have failed, although many have moaned about being woken up early to supply their samples.

"I don't say that because I am optimistic or naive, I say it because I was deeply involved in the FIA's anti-doping and I know what these guys need to drive to the best of their ability. There is nothing on the prohibited list that would allow them to do that, period. And they know that."

FIA medical delegate Jean-Charles Piette told this writer in 2012 that - in his opinion - the lack of doping in F1 boils down to the drivers' awareness of the potential consequences of drug-use gone wrong on track. We have seen athletes collapse in the middle of events, but for a racing driver to do the same...

"It is something different, using drugs in a motor race, and in track and field or soccer," Piette said. "If a soccer player takes some drugs, it is a risk to his health, but not to the team or to the spectators.

"In a motor race, if a driver takes some drugs, the potential risks are not only to the driver, but also to his colleagues on track, to the spectators, the marshals… They have to consider people beyond themselves."

In a sport which remains dangerous despite ongoing safety improvements, there are already enough inherent risks in the competition itself without adding doping to the mix, the theory goes.

But there is also the complexity factor to consider. Formula 1 is a sport that measures success by the thousandth of a second, and the most incremental of improvements can make all the difference to a title challenge.

A good driver needs to have lightning-quick reaction times, mental and physical endurance, good concentration, and muscle strength (particularly in the neck and upper body), plus a hefty dose of talent and big balls.

In order to dope effectively for circuit-racing, a driver would need to perfect a cocktail of drugs, taking something like Ambien or Adderall to boost focus, steroids of whatever ilk to boost muscle mass in training, amphetamines or related stimulants to kill the appetite and maintain the slim physique the teams demand for ballast options, and much more besides.

"Let's say what could we imagine, what kind of drugs might be potentially useful to improve performance in motor-racing?," Piette asked. "I think we have two aspects - one is in competition, and the other is out of competition.

"Out of competition, for example, there might be some drugs that help to increase muscle strength. If you have looked at Formula One drivers from the back, as you can see during the briefings, what is striking is that they have such strong neck muscles. To resist, to withstand the G-forces.

"There are some drugs that might reinforce the aptitude and skill to drive in competition," he added.

"On a theoretical basis, we could imagine the potential for such drugs, starting from the benign ones - such as caffeine, for example, or nicotine - to the more serious, such as amphetamines or cocaine. In other sports there have been some positive tests from people, and it's not always clear it's from recreational use."

In the recent past, some F1 drivers are reported to have used tacrine - a drug developed for the treatment of Alzheimer's - to help remember complex circuit configurations.

But tacrine is not a substance found on WADA's list of prohibited items, and it is arguable whether you can count medicating with approved substances to qualify as doping even if there is a direct link to performance.

Different standards in the past

Of course, it wasn't ever thus - the history of motor-racing includes drivers who raced on morphine, amphetamines, and much more besides.

"I used to take drugs myself," confessed 1950s racing legend Sir Stirling Moss. "Not when racing, but on rallies. It was the norm. They weren't considered drugs at the time. The whole drugs thing only came in as sportsmen and women began using them to enhance their bodies.

"But, as far as I can think, there's nothing you could take that would enhance your skill as a driver. So you'd take amphetamines, Benzedrine or Dexedrine, purely to keep you awake.

"I'm not sure what was in the ones [Juan Manuel] Fangio gave me [for the 1955 Mille Miglia] but certainly today they would have been a banned substance."