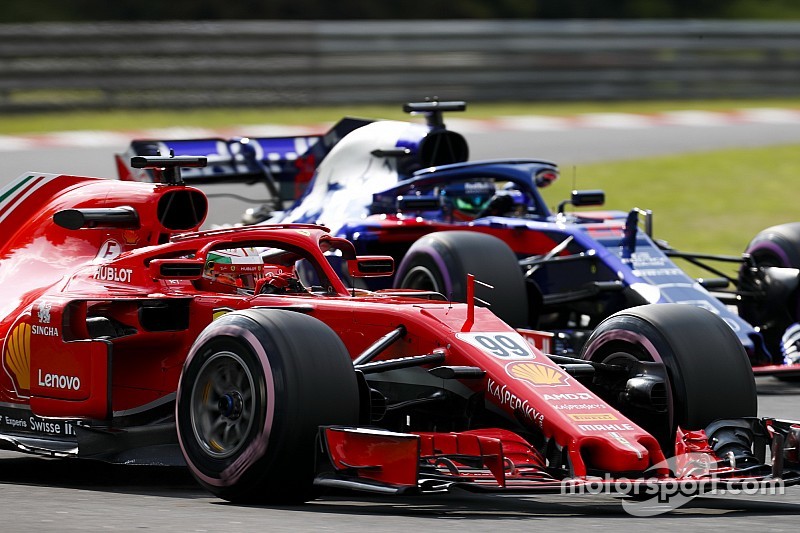 The 1978 world champion got his first F1 opportunity in that situation and, having read Mercedes motorsport boss Toto Wolff's recent suggestion that teams should have third cars for young drivers, wants to see the practice reintroduced.

"We're always looking for an angle to try to promote F1 in a different way and try to reach out to fans," Andretti told Motorsport.com.

"First of all, that is how I got my break. Colin Chapman gave me a ride in a top team in a competitive car, and that's the reason I was on pole in a third car. I won my first race in South Africa with Ferrari as third car.

"The point I'm making is it launched my career because I had a competitive car under me.

"The big thing in the States is to reach out to another fanbase. Can you imagine the promotion if say Josef Newgarden as IndyCar champion would be invited by Mercedes or Ferrari or Red Bull as a third car for the US GP? It would add another 40,000 people probably.

"You can hide behind things like the engine situation, but you can work it. The guest car cannot earn points, for instance.

"Wouldn't that be an interesting way to increase the popularity? Bring in a Chinese driver, a Japanese driver, any different country that you go to if you have a star driver that the team is willing to take on just for the race. At least keep the door open for the possibility.

"I realise that times change, but can you imagine the promotion value for the sport? I think it's immeasurable."

Andretti understands why midfield teams do not want to see extra entries from the top three on the grid, but he insists the overall value of his third-car plan to F1 is more significant.

"Competition is competition. You're looking at the big picture," he added.

"If all of a sudden you've got to think about favouring one team, that's not what makes you grow. You've got use every bullet in the gun that you can to try to advance the cause.

"If the thing becomes more popular, then the smaller teams have a better chance to get a bigger sponsor too.

"Any team would obviously have the opportunity, not just the top teams, but what's the point for a current Indy champion to go to Sauber or Haas, where your only chance is maybe a top 10?

"Whoever was invited it could also be a disaster for that individual too, but so be it, that's what it's all about."