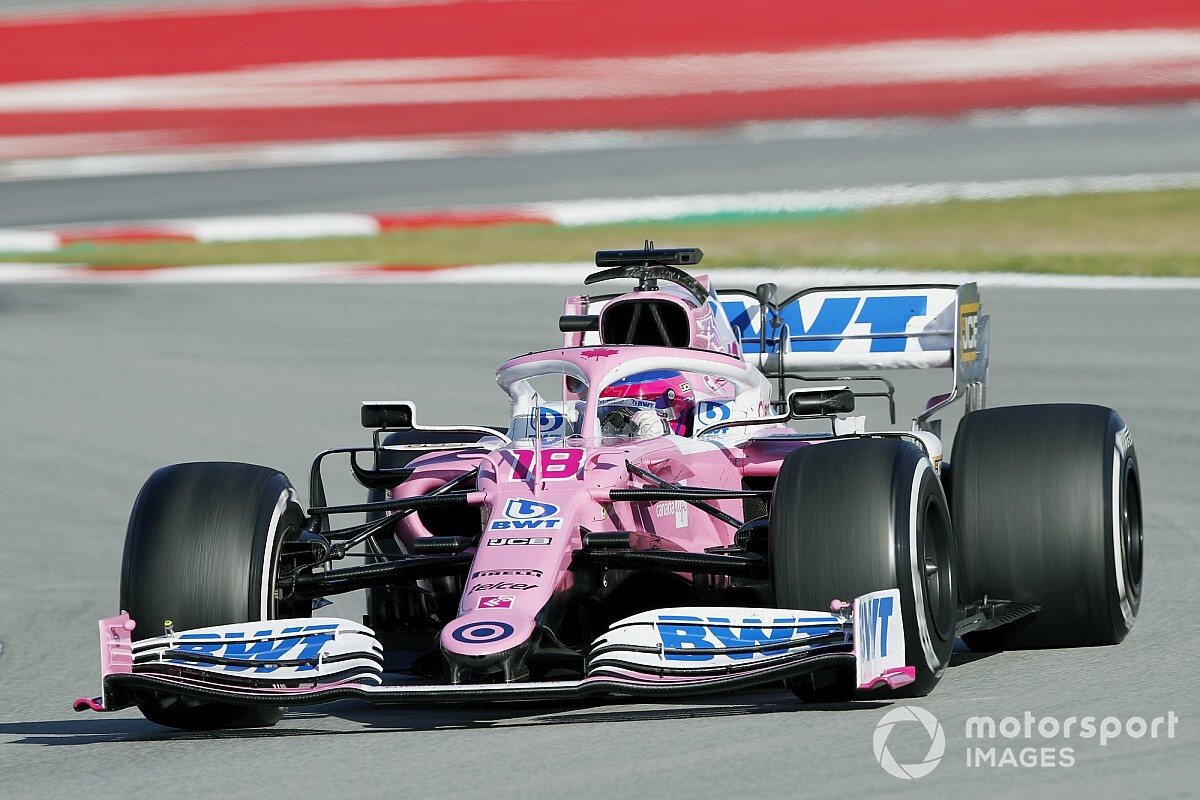 Racing Point will not turn into a “monster” Formula 1 team when it becomes the Aston Martin works operation in 2021, according to technical chief Andrew Green.

Aston Martin will return to the F1 grid in 2021 as a works team following Racing Point owner Lawrence Stroll’s investment in the British manufacturer back in January.

The Racing Point team is currently investing in upgrading its facilities, including the construction of a new factory, after years of financial difficulties under its previous Force India guise.

But Green stressed the team would not look to expand to the size of some of F1’s other big teams, instead preferring to focus on efficiency under the upcoming cost cap.

“It was one of the first discussions that we had [with Stroll], ‘what do you need? What should we be doing?’, with a view to not becoming one of these big monster Formula 1 teams,” Green said on F1’s Beyond the Grid podcast.

“[We wanted] to try and maintain the efficiency and the size that we currently have, which we really felt was a proper, sweet spot, as far as a team size is concerned.

Green explained that striking a deal with Mercedes to use its wind tunnel was a big breakthrough for Racing Point that was only facilitated by Stroll’s investment.

“One of the big discussions that we had, how do we shortcut reducing the gap to those top three teams?” Green said.

“We’ve seen it year after year after year, that these top three teams just completely outperform the rest of the grid. And it's not rocket science - it’s just physics.

“We have been having discussions with Mercedes for a very long time about using their wind tunnel. It wasn't really until Lawrence turned up and the regulations started to allow it.

“Lawrence turning up and adding that additional lever to allow Mercedes to open up to us, as far as the wind tunnel is concerned, that was a big, big change.”

F1 will introduce a new budget cap for the 2021 season that will limit teams to spending $145 million per season in a bid to make competing more sustainable.

It is set to result in lay-offs by many of the larger teams. McLaren confirmed earlier this week it would be cutting 70 jobs from its F1 team as part of its company-wide cuts.

Green said he thought the days of requiring 800-plus people on an F1 team to win grands prix looked set to end in the near future.

“I think if you'd have asked that question a year or so ago, you'd have said yes. But not now,” he said.

“Not in the current climate and not with the regulations that are coming in, starting in 2022. I think those teams now are dinosaurs, and you've got to be small, lean, efficient.

“That's our strength. As far as the financial side of the regulations are concerned, I think they're coming to us, they're definitely going to allow us to be able to compete with what used to be big teams, because they can't be big teams anymore.

“They’re going to have to come back down, get much closer to our level. We've been doing it for years. We've been at this level for a very long time. And I think we do a reasonable job at it.

"I think we have put systems in place and groups in place who know how to work in a cost driven environment. That's going to help us.”

Renault will stay in F1 despite major cutbacks