US Grand Prix lawyer Richard Suttle has admitted the Austin City Council has the power to scupper the Formula One project.

According to local Kxan news, council members learned this week that they must sign off as the "endorsing municipality" in order for race organisers to access the $25 million per year promised by the Texas government. 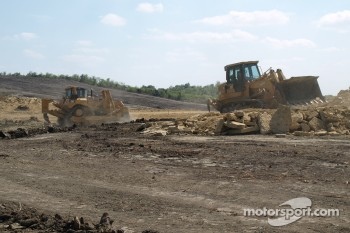 That will involve the City of Austin contributing $4 million to the Major Events Trust Fund.

There is no guarantee the Austin council members will play ball.

"Apparently there is no plan B," said one member. "I think that is an interesting assumption to make that something like that is going to be approved."

Suttle said the first $4 million will be paid by the race organisers, while in future it will be funded by extra hotel, alcohol and car rental taxes paid by spectators visiting Austin.

He admitted that organisers took a gamble that the council would approve the plan.

"We are hoping that it's not just a bet, it's a confidence in our city that they will realise what a benefit this will be for our community and our region," said Suttle.

"If it's not approved by the city and council, they (the F1 organisers) will have some assets that are sunk," he told local Kvue news.

"They'd have to go back and make another use of that property."

The council's decision is due later in June, with the organisers' sanctioning fee for 2012 needing to be paid in full to Bernie Ecclestone at the end of July.

Asked if the project could be scrapped, Suttle is quoted by the American Statesman newspaper: "That's a distinct possibility."