BRDC British Formula 3 runner-up Johnathan Hoggard has been crowned the winner of the Aston Martin Autosport BRDC Award at the 2019 Autosport Awards. 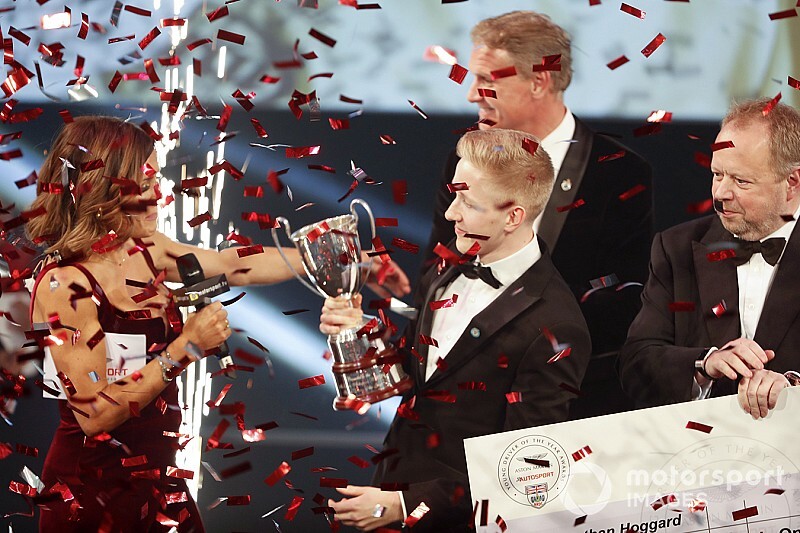 The 19-year-old will receive a test in an Aston Martin Red Bull Racing Formula 1 car, a drive in an Aston Martin Vantage GTE World Endurance Championship challenger, a cheque for £200,000, full British Racing Drivers’ Club membership and an Arai helmet as his prize.

Hoggard said: "I'm over the moon! I'm lost for words. I've been waiting for over a month for this and it's been agonising. I'm thankful for everyone who's helped along the way, family, sponsors, judges and the organisers.

"I knew it was very tough competition and it's amazing [to have won]."

The numbers that reveal McLaren's revival