McLaren Formula 1 star Lando Norris has been named the British Competition Driver of the Year at the 2019 Autosport Awards. 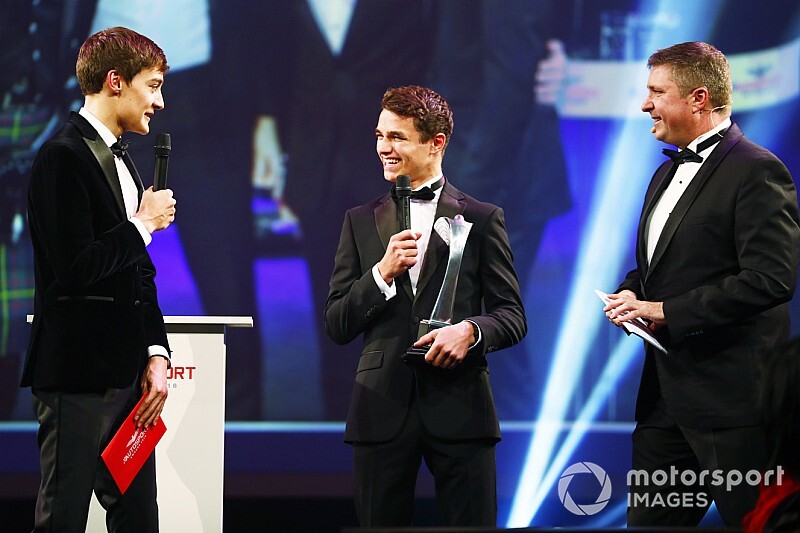 Norris has enjoyed success before at the Autosport Awards, winning the McLaren Autosport BRDC Award in 2016, and securing National Driver of the Year honours in ‘17. He stepped up to F1 this year after a sole year in Formula 2, in which he finished runner-up while also carrying out FP1 duties with McLaren at numerous races.

The 20-year-old vindicated McLaren’s belief in him by showcasing consistent form across the 21-race calendar, tallying up 11 points-scoring finishes on his way to 11th in the standing on 49 points - just three points off of a top 10 placement.

Though actually coming off as second-best rookie in F1 behind Red Bull’s eighth-placed Alex Albon, Norris beat experienced hands in the likes of Kimi Raikkonen (Alfa Romeo) and Nico Hulkenberg (Renault) in the standings. He also out-qualified teammate Carlos Sainz Jr 11-10 across an impressive maiden campaign.

Four-time IndyCar champion Dario Franchitti, a previous winner of the Autosport Young Driver Award, was on hand to present Norris with his accolade.

Norris said: "I've learned a lot from Carlos, we've had good times this year, lot's of fun. The team has taken the step forward it needed this year and I can't wait for next year."

Norris beat fellow F1 rookies Albon and George Russell, as well as World Endurance Championship star Mike Conway in the category. For the first time, this Award excluded drivers nominated for the International Driver of the Year Award.