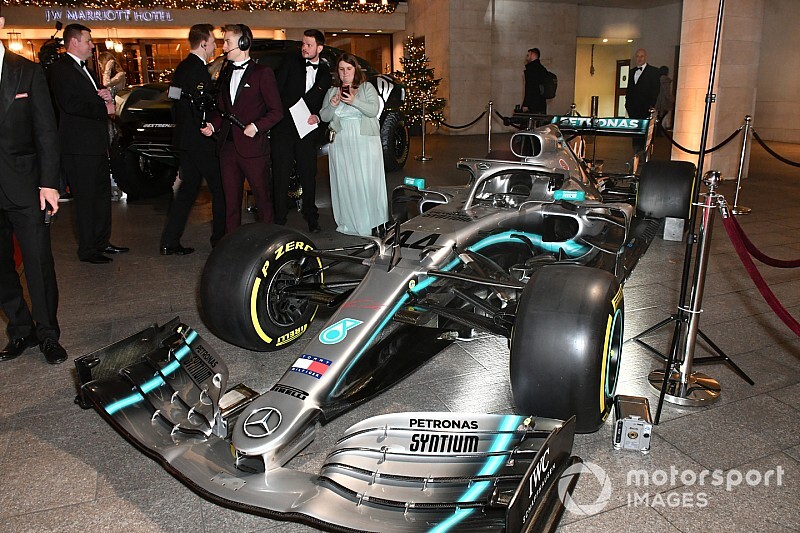 Mercedes' Formula 1 car responsible for extending its dominance to six consecutive drivers' and constructors' titles, the W10, has won the Autosport Award for Racing Car of the Year Award presented by Pirelli.

In the hands of 2019 world champion Lewis Hamilton and Valtteri Bottas, the W10 won 15 of 21 grands prix this year, despite Ferrari initially looking the favourites following pre-season testing.

Strong development and an increased understanding of the W10 meant it quickly returned to the fore, allowing Mercedes to seal the constructors' championship by October's Japanese Grand Prix.

Mercedes fought off an increased challenge from Red Bull and Ferrari following the summer break, making its achievement all the more special.

"There's no real secret [to our success], just hard work between Brackley and Brixworth, understanding each other's plants," said Prew.

Owen added: "Start of the season I thought it would be [closer]. I think some people had us down as third-fastest, and it was exciting and we thought it would be a tough year. We were as shocked as anyone else in Melbourne, I told our guys not to get used to it! Then we won the next and the next one.

"We've had fantastic racing, let's not forget that. We saw Moment of the Year Award earlier and Charles Leclerc and Max Verstappen were fantastic [in their Austrian Grand Prix battle].

The Mercedes W10 took the award ahead of the Audi RS5 DTM that took the manufacturer to a clean sweep of titles, the British Touring Car Championship's standard-setting BMW 330i M Sport, as well as the DS E-Tense FE19 that helped Jean-Eric Vergne defend his Formula E title in 2018/19.