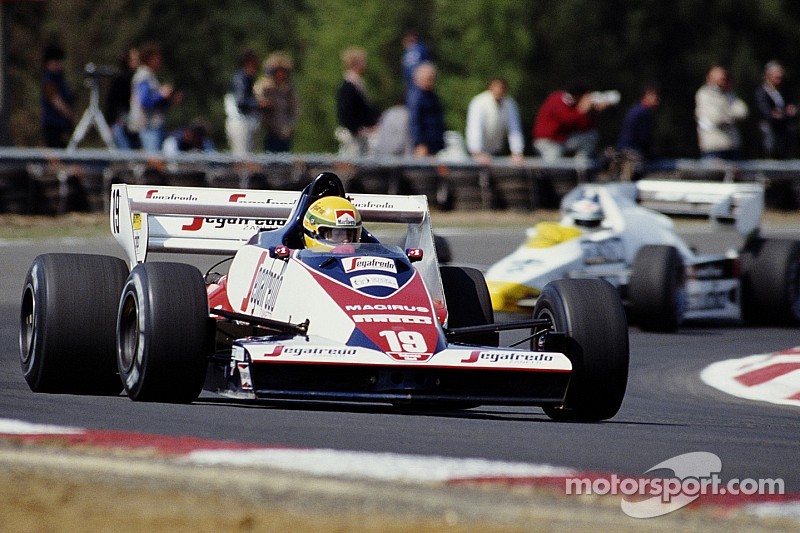 Ayrton Senna sat in only so many race cars...want to own one of them?

Owning an old Formula One car would be really cool for any racing fan.

But having the opportunity to get your hands on a car driven by Ayrton Senna is beyond cool.

Currently, Senna’s first ever point scoring Formula One car, the Toleman TG183B/Hart Turbo has come up for sale with CarsInternational.com.

The car was designed by Rory Byrne, and built by Toleman Motorsport. While the car and team often struggled to get to the front of the grid, Derek Warwick had a string of points scoring finishes to wrap up the 1983 season in a similar TG183B.

This Toleman, which was raced by Senna in 1984 at his debut and home grand prix at Rio de Janeiro would be raced a total of four times by the Brazilian, before the 1984 car was readied.

He qualified the car 17th, but found himself back in the paddock only a few laps into the grand prix with a blown turbo.

The following race, he muscled the car to sixth at Kyalami scoring his first ever World Championship points. He backed it up by finishing sixth again the following week at Zolder.

The interesting question is looking at the value of Formula One cars from the past. Depending on the cars success and who was behind the wheel seems to have a lot to do with the value of a car.

What is it worth?

With average listing numbers for various collectable Formula One cars online, it is feasible to purchase a show car for about $100,000. Now, that will likely be a back marker team. And keep in mind it is a show car, so it likely saw very limited time on the track, and hasn’t had an engine mounted in it in a long time.

This car, however, comes complete with the engine in working turnkey order as well as a replacement block. Considering the Hart’s performance record, that extra block may come in handy.

When looking at actual cars that spent multiple races on the track, the numbers get really high really fast, soaring to $400,000 USD.

It was tailor built for Senna for the first four races of the 1984 season, and saw the legendary Brazilian finish in the points in two events, the price of the car will likely be a lot higher than the rest of the Toleman stable sold for.

The seller returned our communique stating that the car was listed recently and has garnered a lot of interest already.

Additionally, the seller, Cars International, is a fully equipped Formula One service workshop and if the buyer wanted, or required, they can prepare and service the car for competition in various historic events worldwide.

Raikkonen upbeat about 2015 – or as upbeat as Kimi gets