When Senna and Bellof starred in Monaco, as Prost prevailed

On this day, the 1984 Monaco Grand Prix shone a spotlight on two raw and exciting Formula 1 talents. Although McLaren’s maestro Alain Prost won the 12th grand prix of his career that day, young guns Ayrton Senna and Stefan Bellof both starred as a monsoon soaked the French riviera.

The weather conditions were wretched as pole-winner Prost slithered through Sainte Devote for the first time. Ferrari’s Rene Arnoux and Derek Warwick tangled behind him, and Warwick’s Renault teammate Patrick Tambay was unable to avoid him – putting both of them out. Not a great start to the day for France… 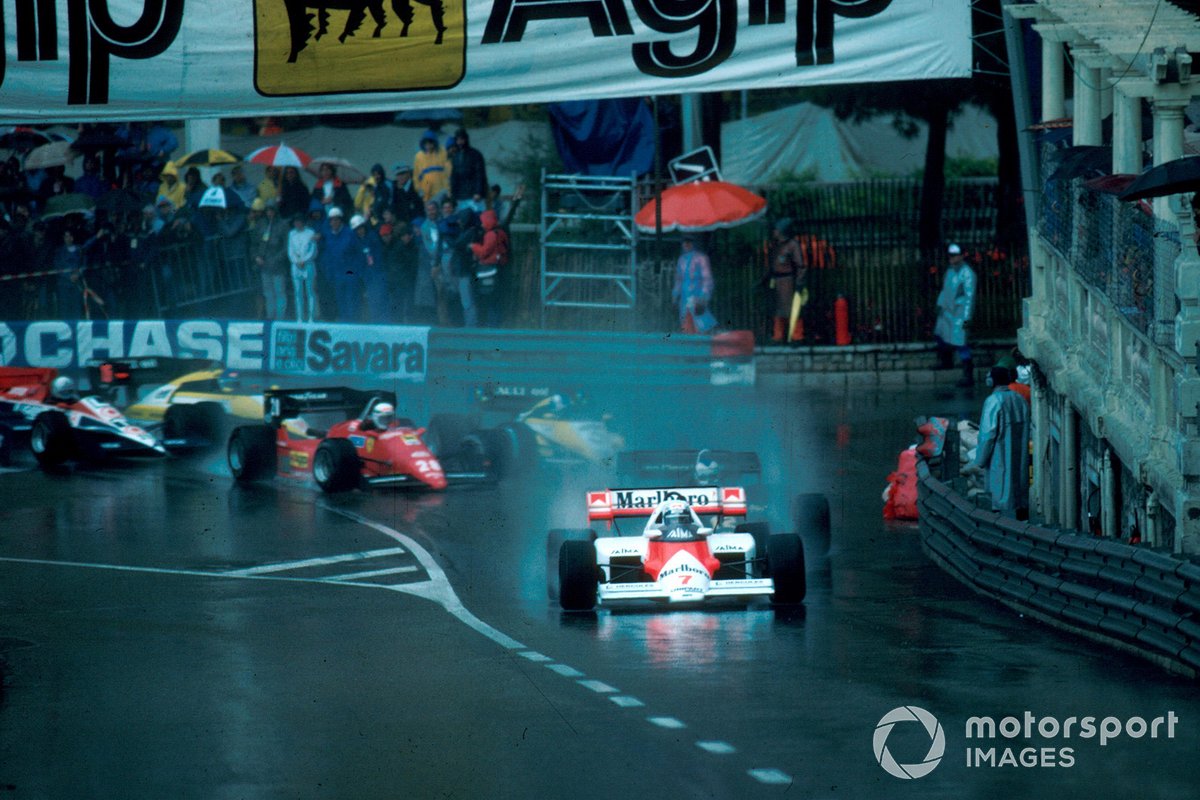 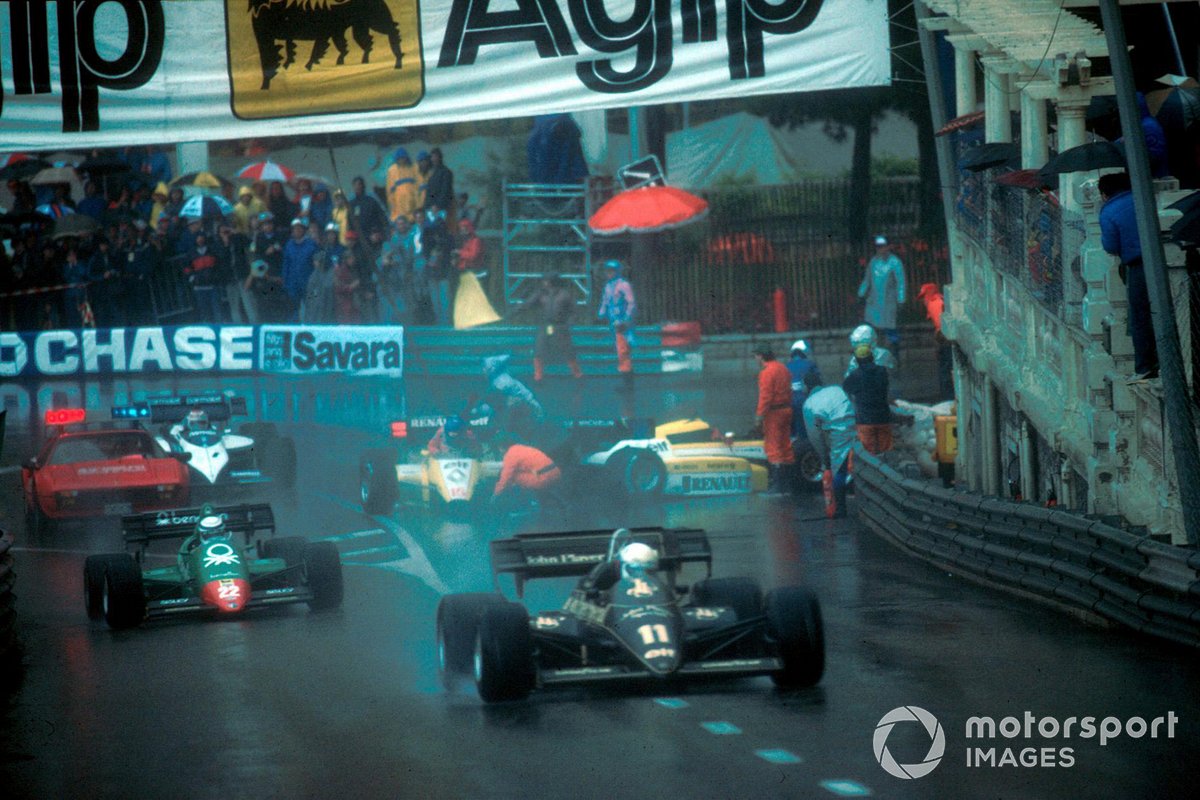 Prost's McLaren, running on Michelin tyres, led for the opening ten laps, until the Goodyear-shod Lotus of Nigel Mansell surged past him. Mansell pulled out an 8s lead in five laps before he lost control on a painted white line, and spun backwards into the barriers. 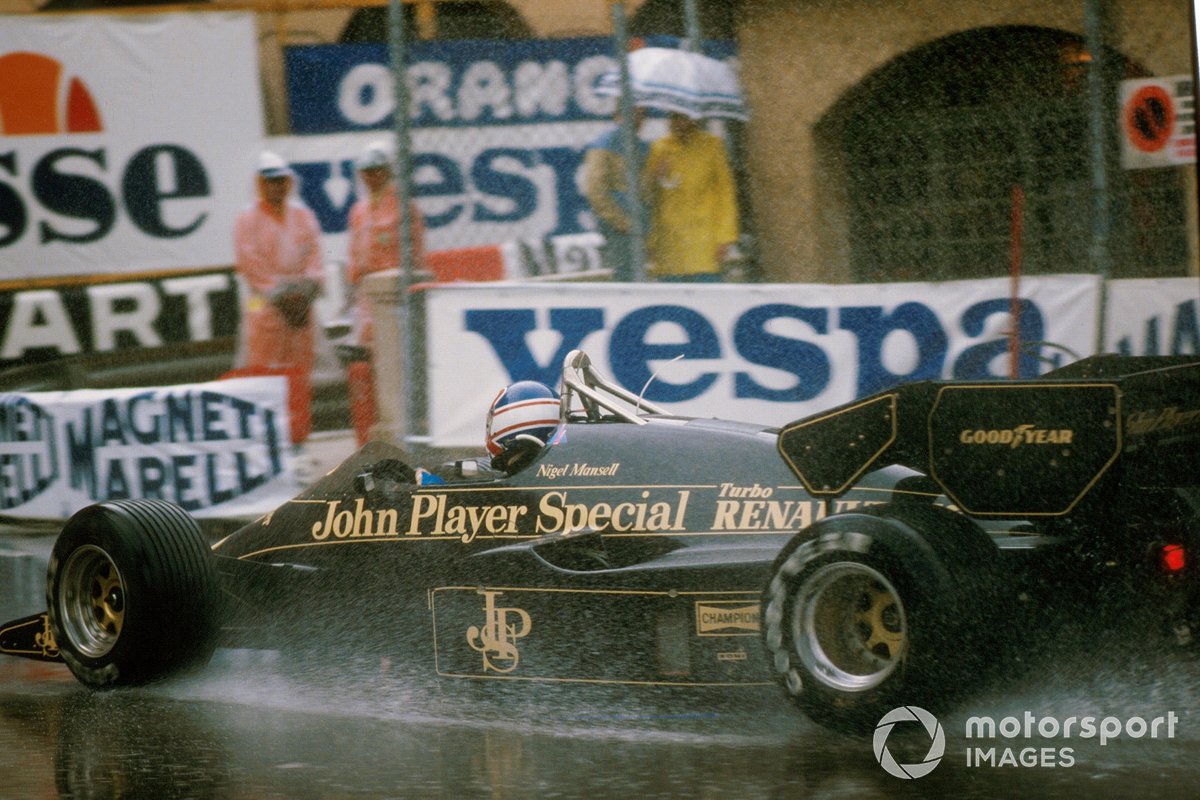 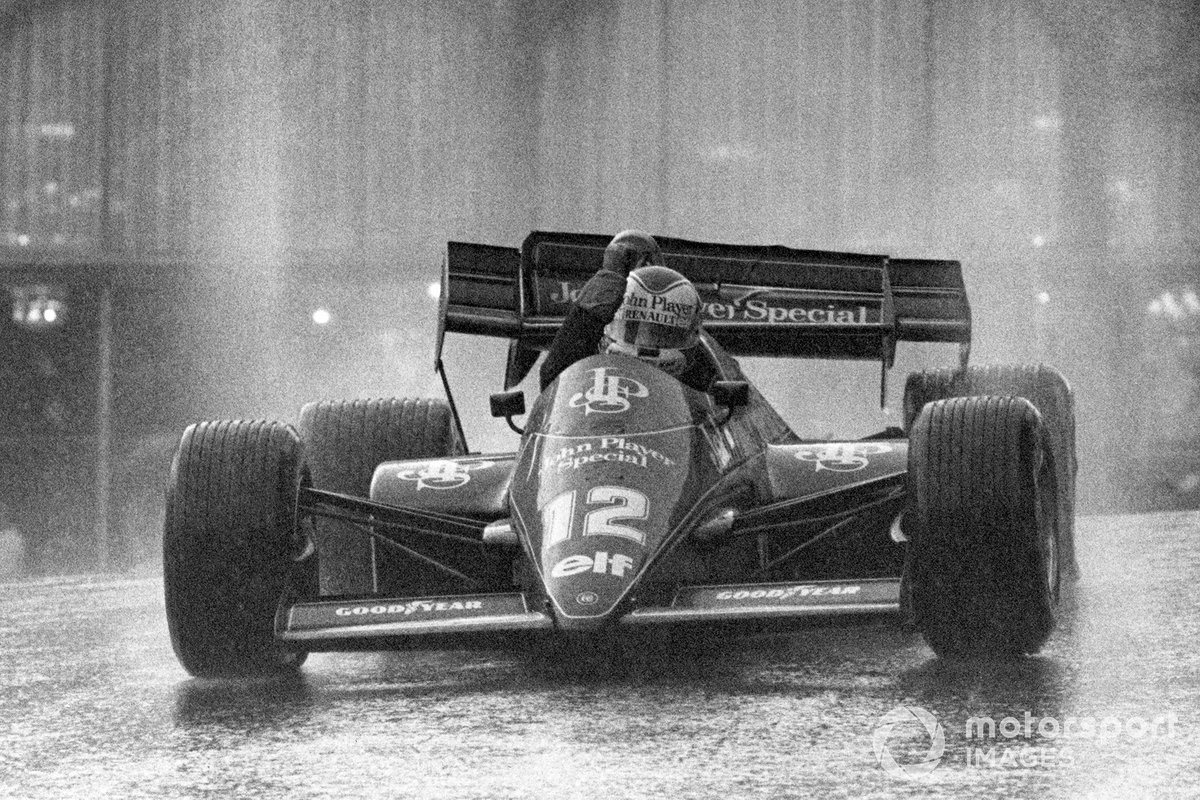 That gave Prost a lead of almost 30s, and he extended that to 35.128s on Lap 21. But then something amazing started to happen…

Senna had started down in 13th, having qualified in the dry 2.3s off Prost, but in these conditions his Toleman (also on Michelins) was a far more competitive proposition. Fastest laps on the 23rd and 24th laps proved he was the quickest man on the track, although the rain intensified at this point and even he had to slow his pace. 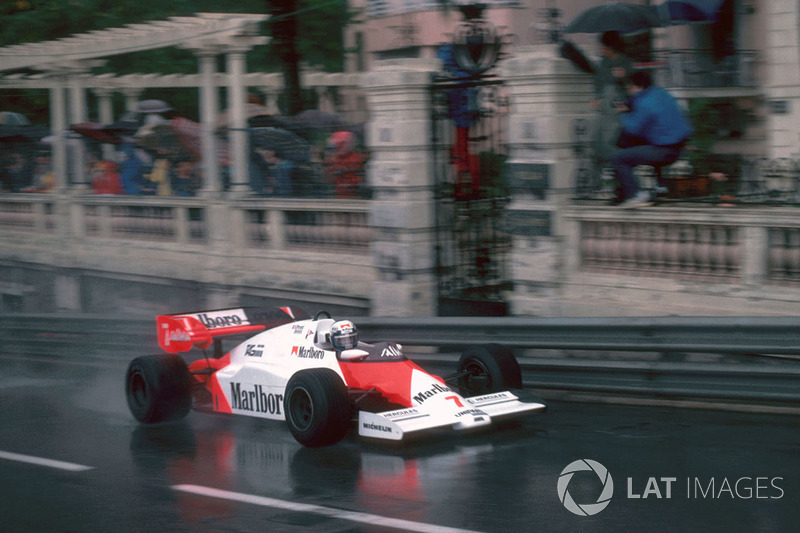 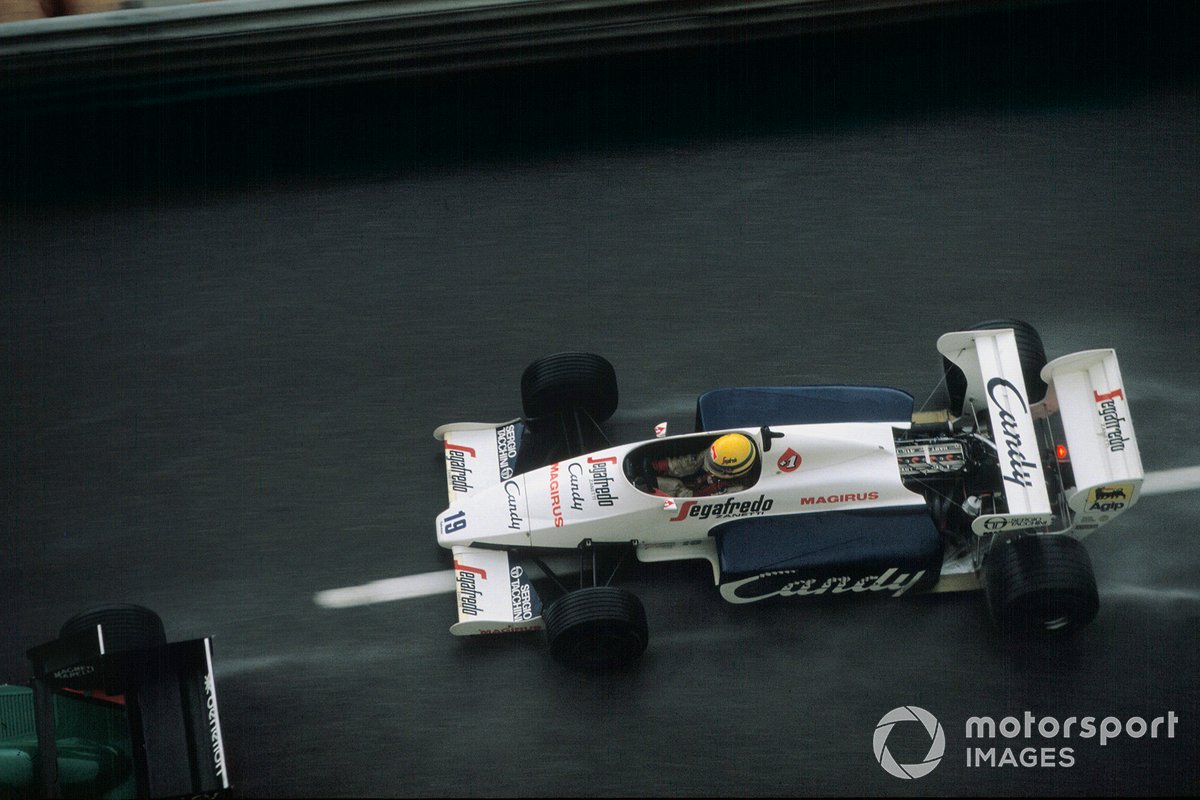 Prost had suffered an engine misfire in the early stages, but it was a brake problem that now hampered his progress as Senna carved into his massive lead. The race conditions also got progressively worse, as laptimes dropped by up to 5s.

It was at this point that Prost was waving his arm out of the cockpit time and again as he crossed the start/finish line. Race director Jacky Ickx was a renowned hard man, and had always thrived in wet conditions, but even he could see the folly in continuing as the rain fell even harder. 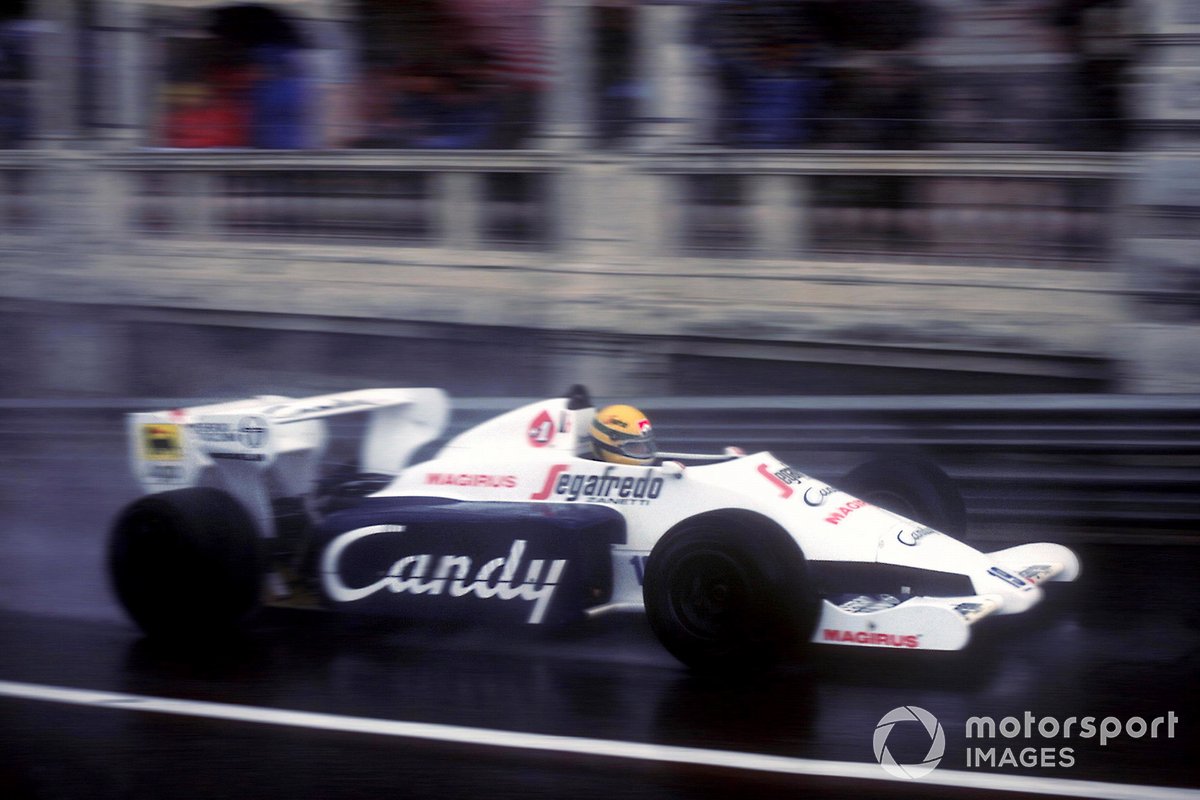 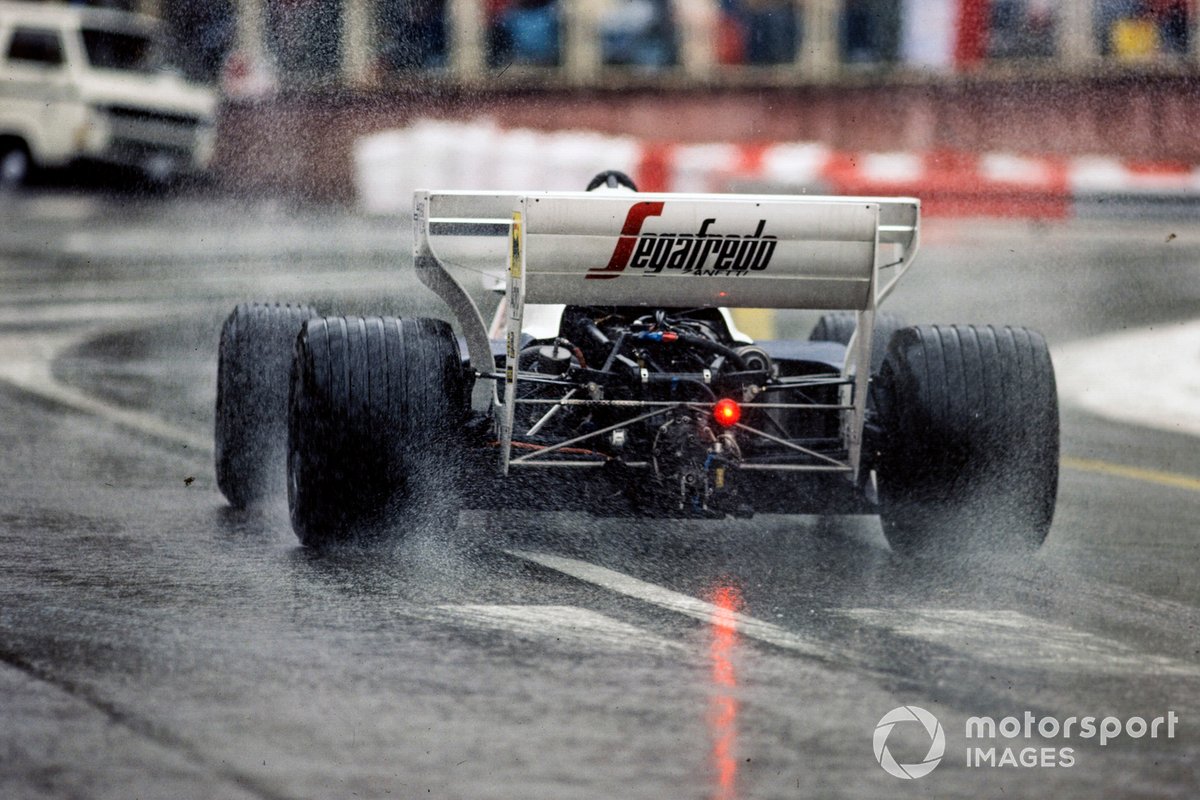 Here’s how much Senna closed the gap on Prost in the final 10 laps, before the race was red flagged halfway through Lap 32. That meant the race result was backdated to Lap 31.

Would Senna have won? Looking at the laptimes and Prost’s brake issues, undoubtedly. But his car had sustained damage when he slammed the kerb at the chicane on the harbour front, and Toleman’s designer Pat Symonds said even he “would never know” if the damage sustained to its front-right rocker would have survived the full trip. 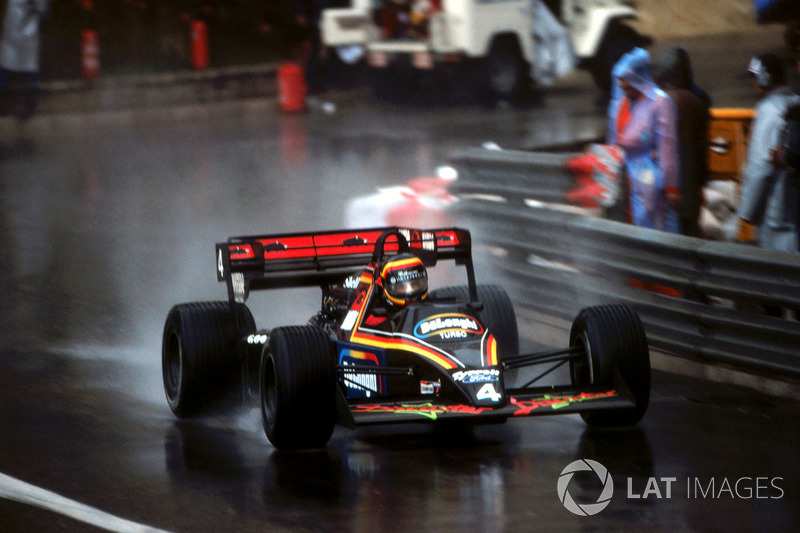 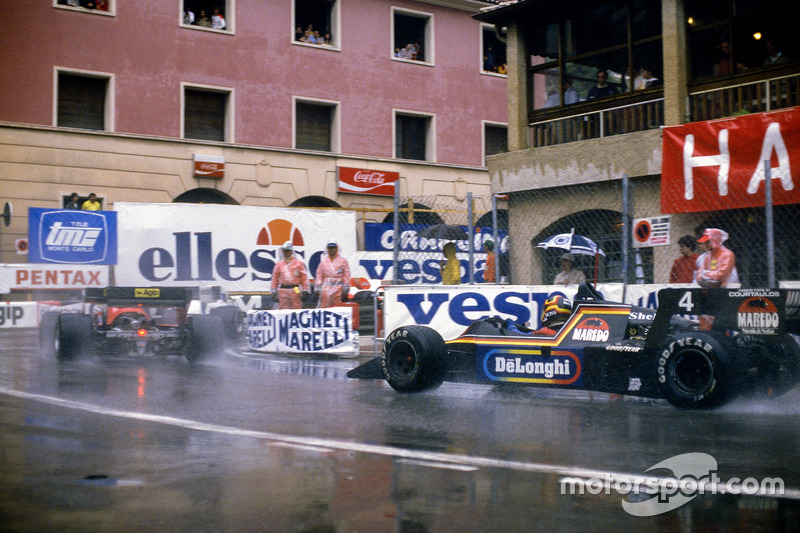 Another story that’s always mentioned about this race is that Bellof was catching Senna, while Senna was catching Prost. Looking at the gaps between them, Bellof did indeed close the gap on Senna significantly between laps 27-29 – but not so much in those final two laps, and was still 13.695s in arrears at the end of Lap 31.

Remember, Bellof started the race in last position and was driving the only non-turbocharged car in the event – on the one hand he was giving up possibly 250hp, but his car's power delivery was a lot more predictable and linear in the treacherous conditions than the 'light-switch' turbo cars. However you regard the yin and yang of his equipment compared with those of his rivals, he’d risen to 10th in the first three laps, and gained many other positions as cars spun out ahead of him. 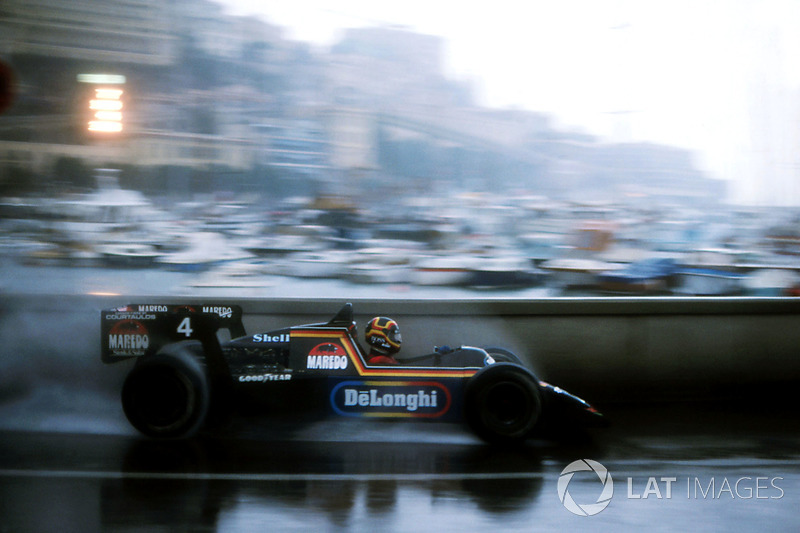 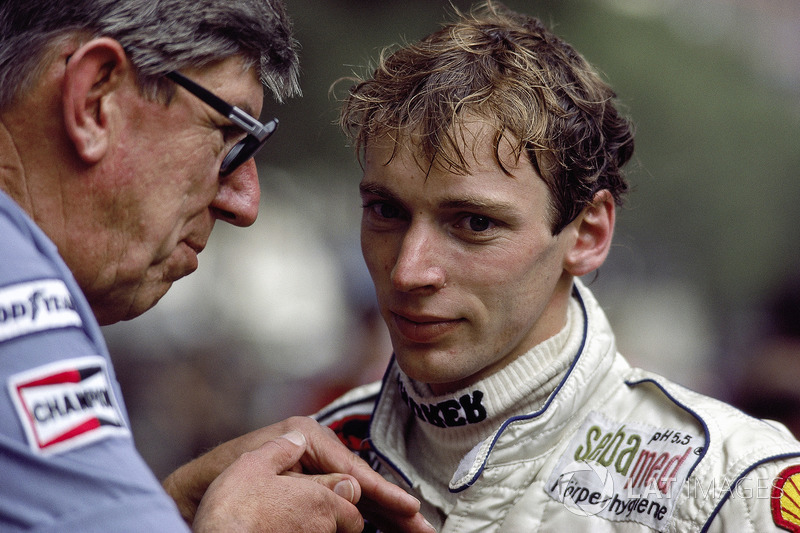 Bellof’s magnificent third place was chalked off the record books anyway, when Tyrrell was disqualified from the championship. But it was a great marker of his exciting talent, one that was so sadly extinguished a year later in a sportscar race at Spa.

The tragic irony was that the car with which he collided, leading to his fatal impact, was driven by Ickx, the man who’d decided to halt this Monaco race on safety grounds…

Why F1 shouldn't be too rigid about flexi-wings

Leclerc expects Ferrari to go "back to reality" after Monaco