Second Formula 1 practice for the Azerbaijan Grand Prix will take place on time despite the cancellation of the opening session and subsequent Formula 2 qualifying delay. 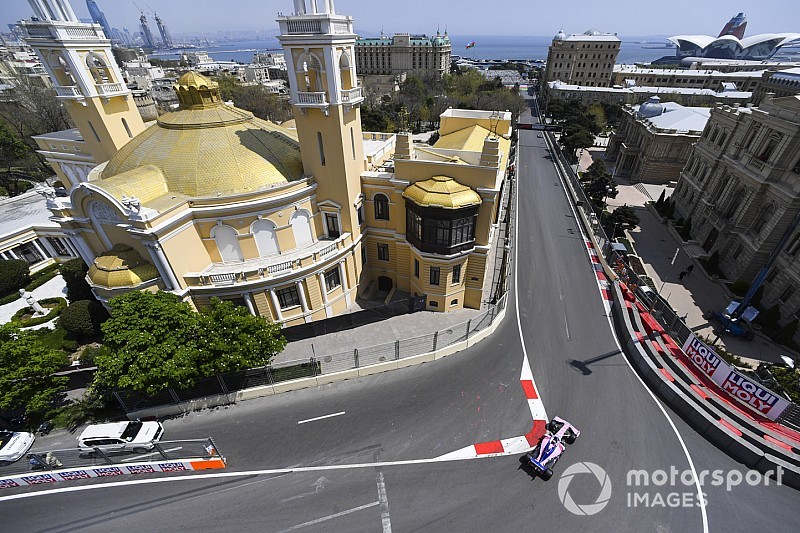 Williams driver George Russell ran over a loose manhole cover on the run down to Turn 3 in the early stages of FP1, which causes significant damage to his car.

The session was red-flagged but cancelled completely shortly after as a full track inspection was initiated by the FIA, as the Renault claimed 300 covers needed to be checked around the circuit.

The F2 qualifying session, which splits F1's two Friday practices, was postponed by half an hour.

It concluded shortly after 4pm local time, less than an hour before the scheduled start of FP2.

However, the second F1 practice session will begin at 5pm local time as planned.

Williams insists team not up for sale despite Mazepin rumours