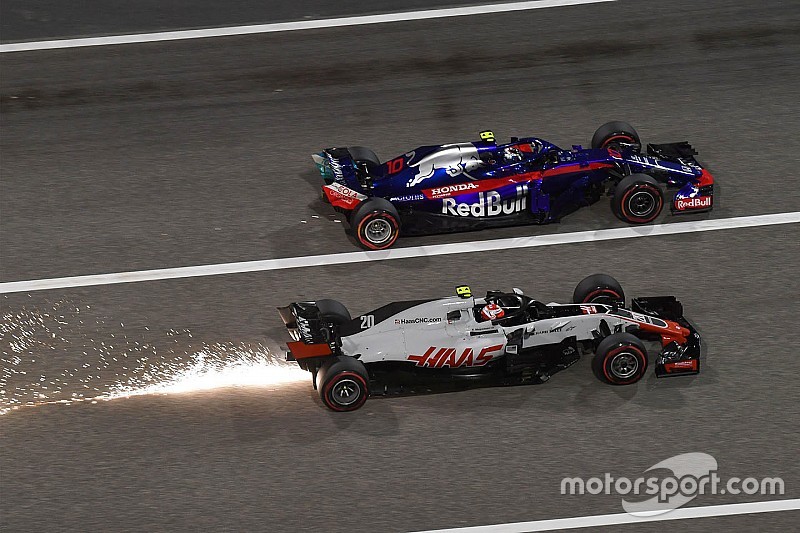 A third DRS zone has been added to the Bahrain circuit for the second round of the Formula 1 season this weekend.

Drivers will now be able to activate their drag-reduction system on the exit of the opening sequence of corners and use it to attack into the Turn 4 right-hander.

The detection zone has been placed 50 metres before the first corner and the activation point is just on the exit of the right-hand kind after the opening complex.

This means drivers will have DRS use on all three of the Sakhir circuit’s meaningful straights.

They can use DRS along the start-finish straight after activating on the exit of the final corner.

The new zone will give drivers a second chance to attack using DRS if they are not quite close enough to make a pass into the first corner.

There is also another zone on the back straight.

The effect of DRS is more powerful this year because of the bigger rear wings that have been introduced.

Coupled with simplified aerodynamics at the front of the cars to make it easier for drivers to follow, this should encourage closer racing and more overtaking on more traditional layouts like the Bahrain track.

FIA didn't want to be "dictators" over wheel rim holes