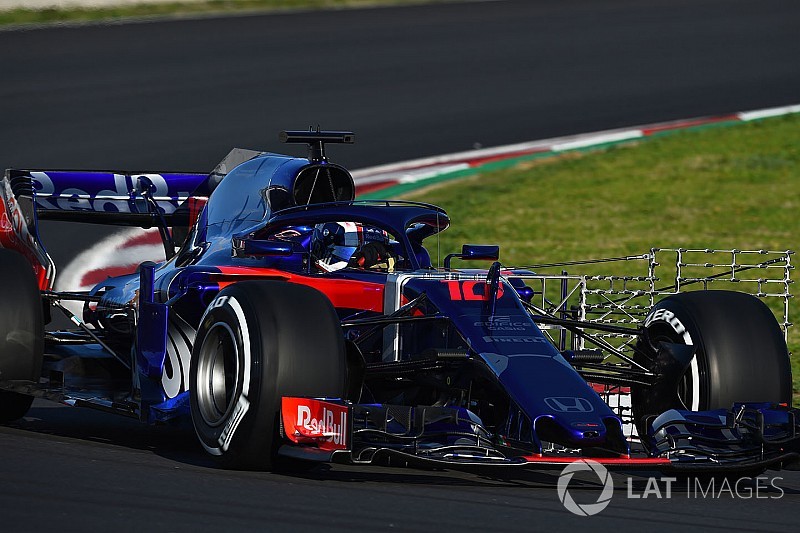 A selection of the best technical images from the first day of the second pre-season test in Barcelona courtesy of Giorgio Piola and Sutton Images. 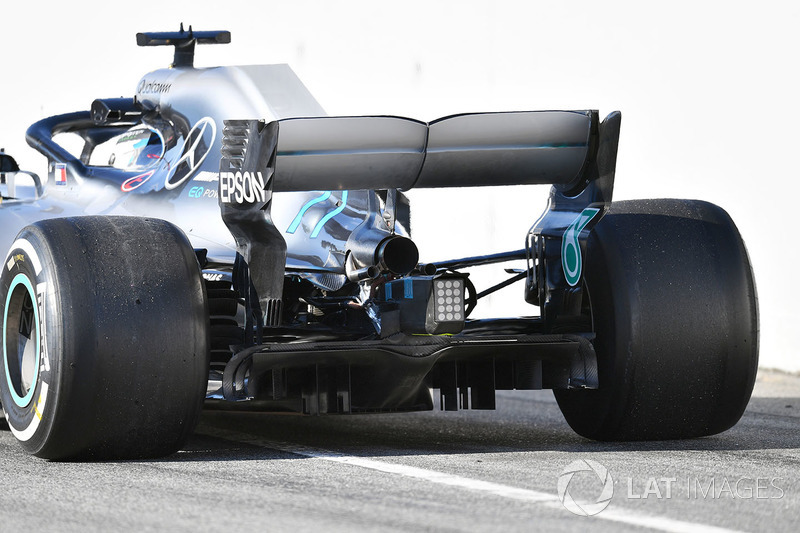 A close up of the W09’s rear end, including a nice view of the outwardly slotted and curved rearward Gurney tabs that surround the diffuser. Also note the thermal temperature strips on the crash structure as the teams monitor the exhaust plume’s interaction with it. 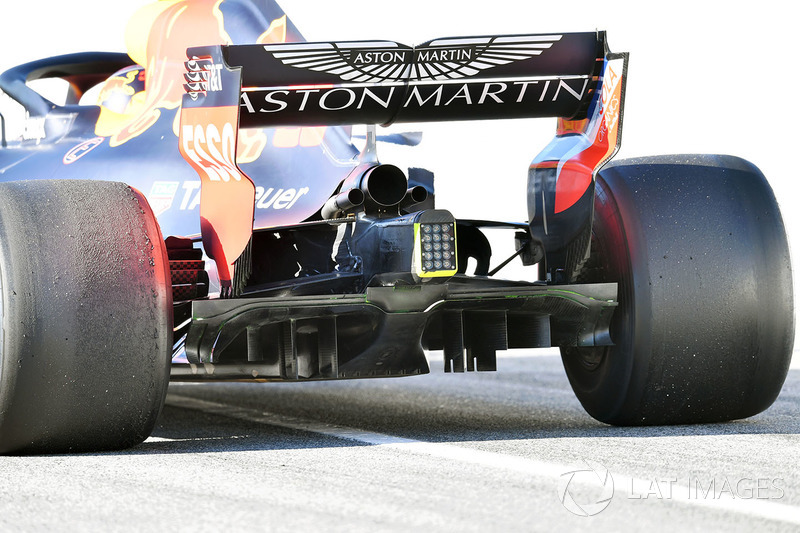 A rear end shot of the highly raked RB14. Note also how the main exhaust and wastegate pipes are upwardly angled, a trait shared by all the Renault powered teams. Red Bull’s version is not as aggressive as the ‘works’ team’s solution. 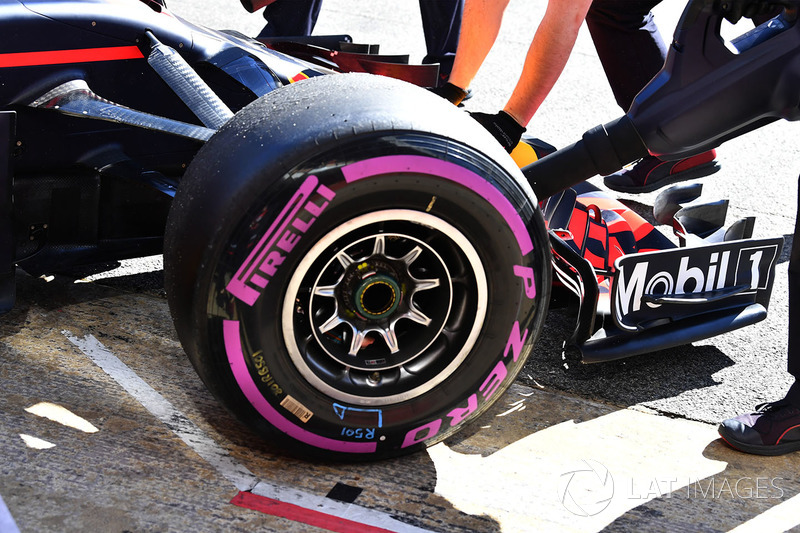 A close up of the ultra soft shod RB14 shows the team has retained the hollowed blown front axle. 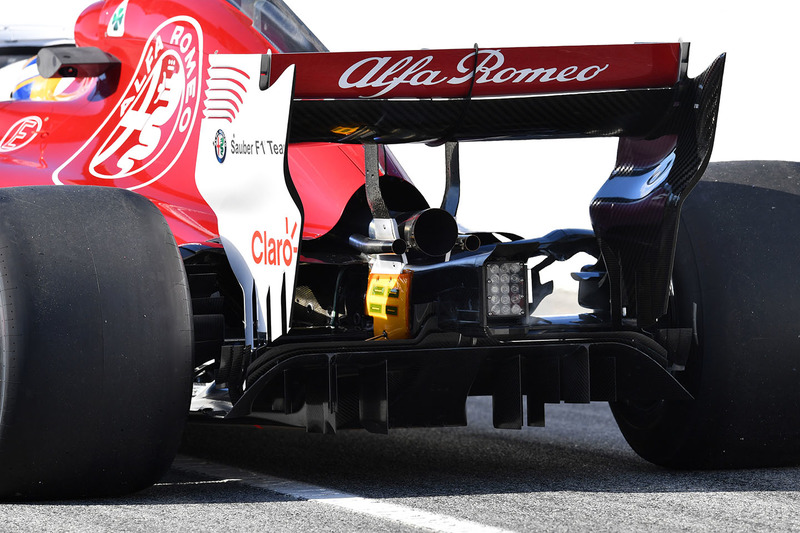 A close up of the C37’s rear end gives up lots of small details, including the outer section of the diffuser. This follows the feather style flap philosophy that Ferrari used for a number of years. 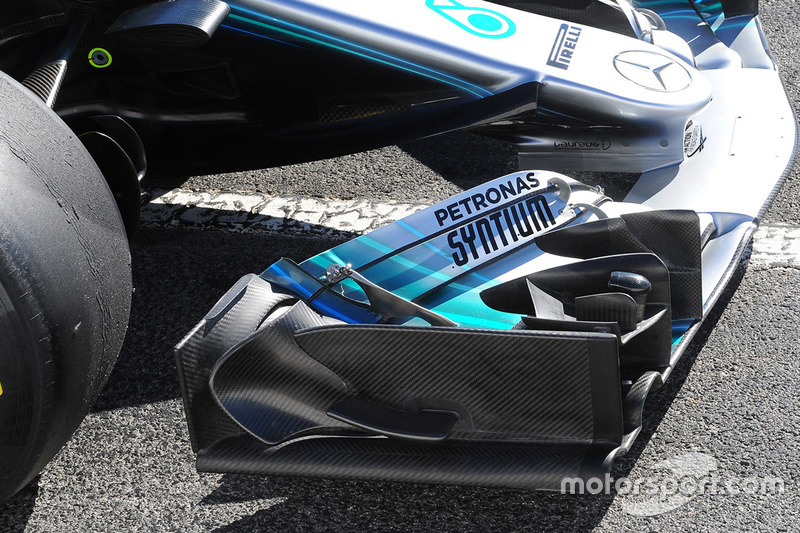 Mercedes’ new front wing as tested at the last day of the first test, which features a vastly revised endplate. 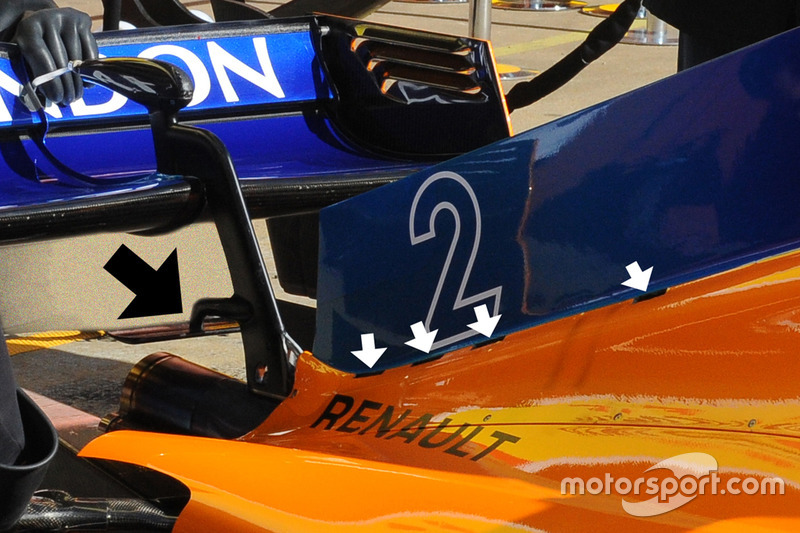 Having had temperature issues throughout the first test, McLaren made some hurried changes at the rear of the engine cover for the second test. You’ll note the two scorch marks behind the original bodywork outlet which are thought to be caused by its proximity to the heat generated by the turbo and exhausts. For this second test three more outlets have been added (just below Stoffel Vandoorne’s number) in order to help the heat be evacuated. This is after the team suffered a failure during the first test, when a clip failed and the exhaust became detached, scorching the bodywork and curtailing running. 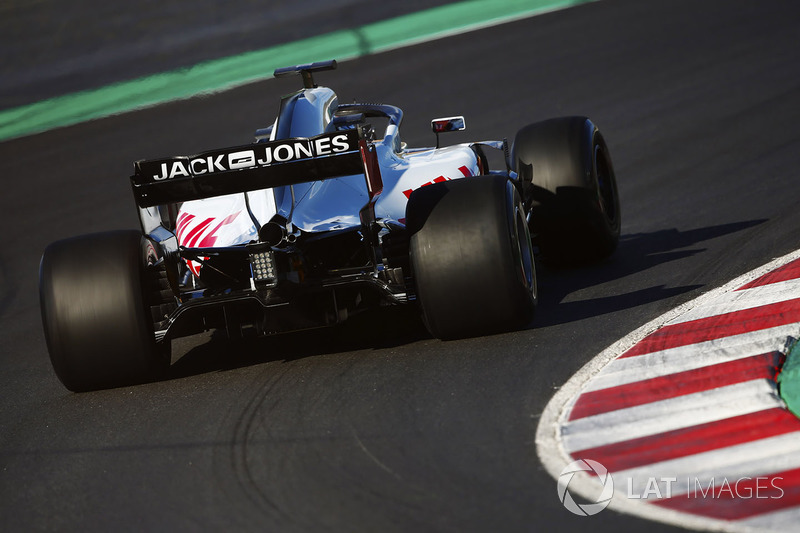 A nice action shot showing the rear end of this year’s Haas. Note the use of the feathered flap style diffuser extensions on the outer section, helping to drive performance of this section harder. 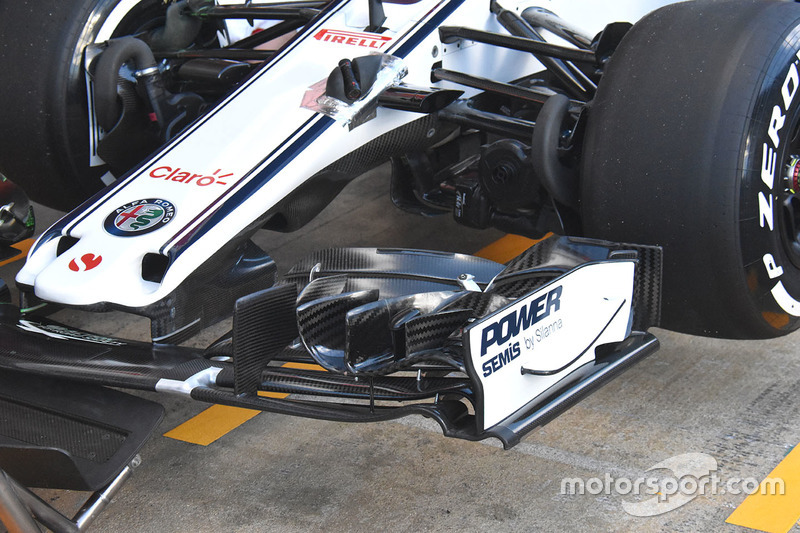 The Sauber C37 fitted with a slow-motion camera on the nose which looks across at the front wing in order to monitor its deflection. Also note how the large ‘S’ duct inlet under the nose is perfectly aligned with the nose nostril’s exit. 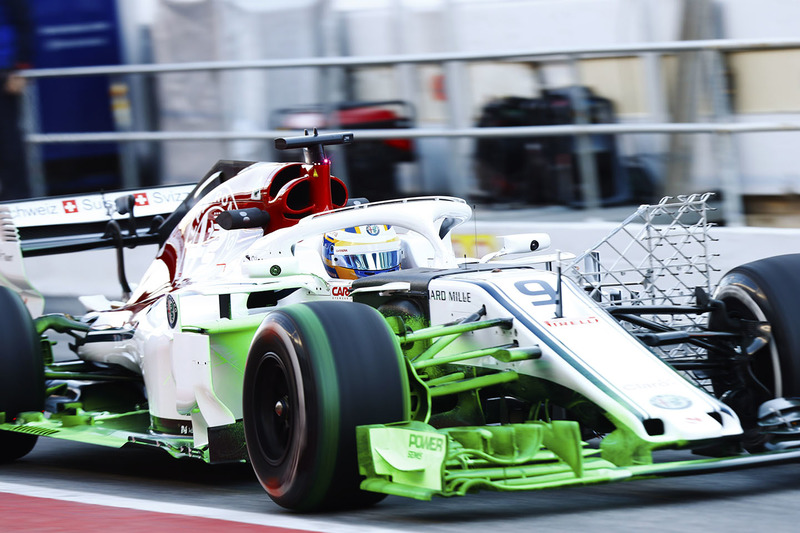 The Sauber C37 plastered in flo-viz paint on one side of the car as the team looks for answers on how it aero is performing in order that it can continue to make gains. You’ll note it also has a substantial kiel probe array on the opposite side of the car to gather more data with. 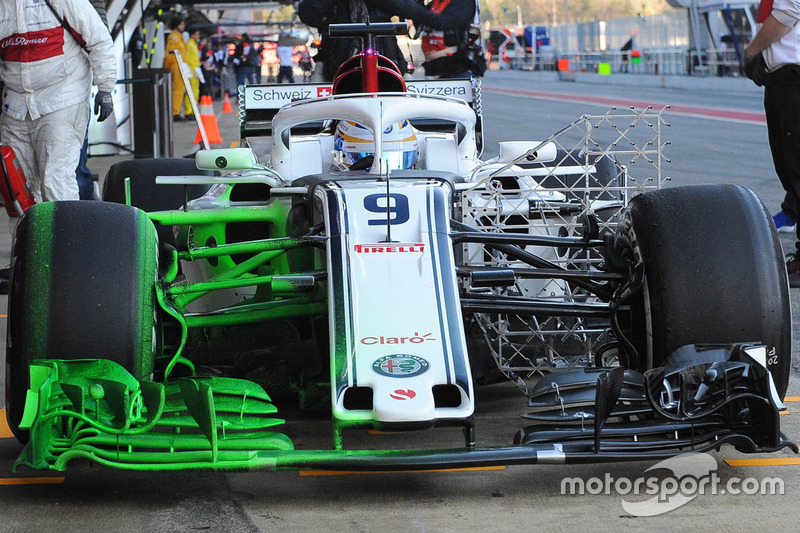 A forward view of the C37 with flo-viz sprayed all over it. 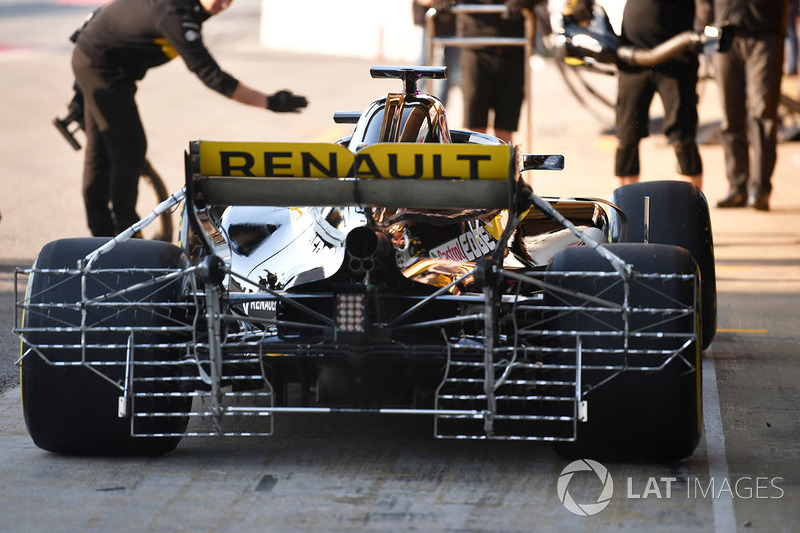 The Renault RS18 with a large pair of kiel probe arrays mounted behind the rear wheels and diffuser as the team monitor their interaction. 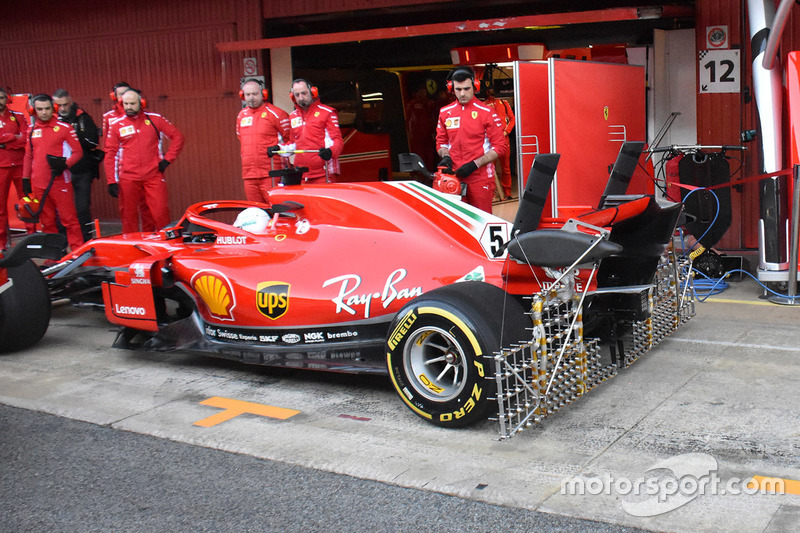 The Ferrari SF71H with a pair of large kiel probe arrays mounted behind the car. Also note the triple pitot tube setup mounted high up on stanchions above the rear wing. 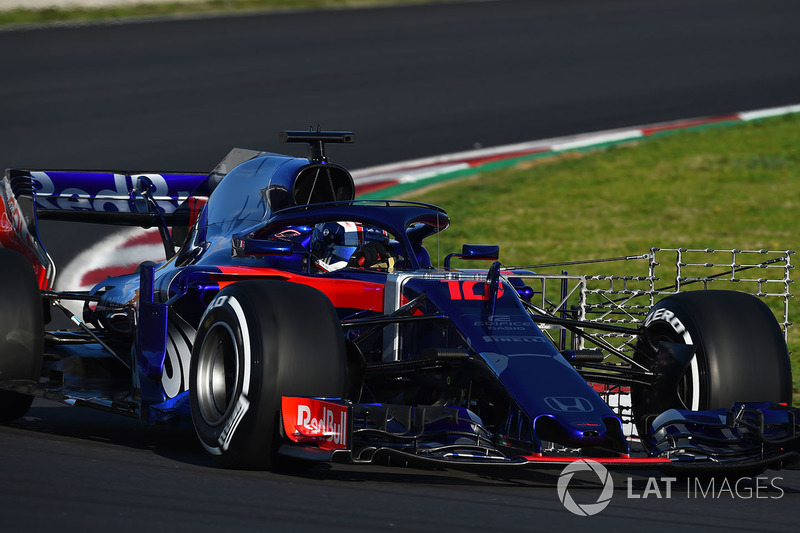 A kiel probe array mounted behind the left front tyre, as Toro Rosso monitor the aerodynamic behaviour of the wake being generated. 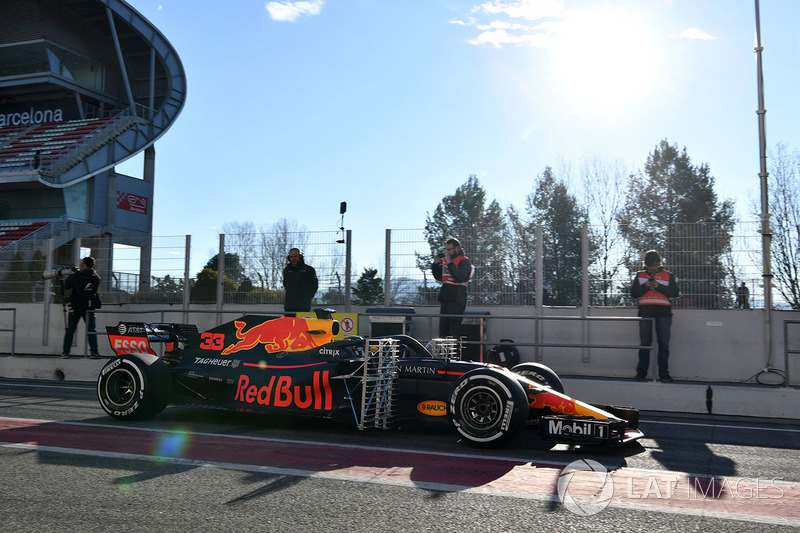 The RB14 with two kiel probe arrays mounted just ahead of the sidepods. 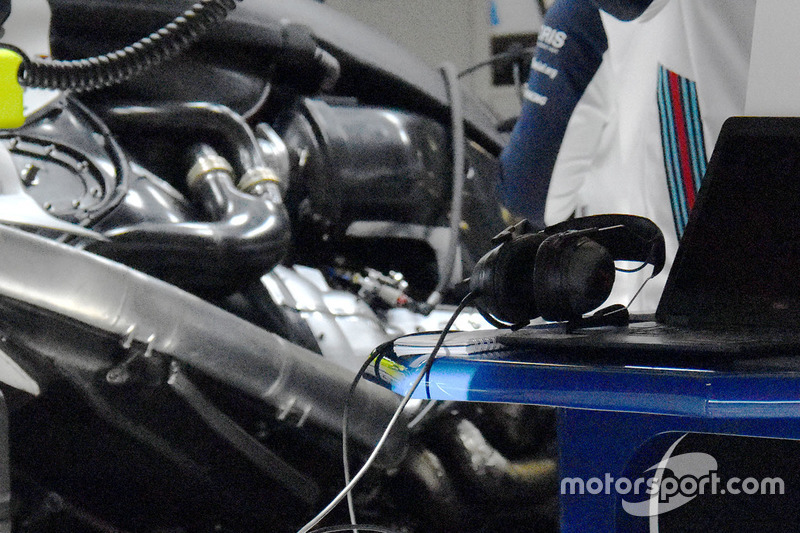 A look under the covers of the Williams at the 2018 Mercedes power unit and how it’s installed in the FW41. 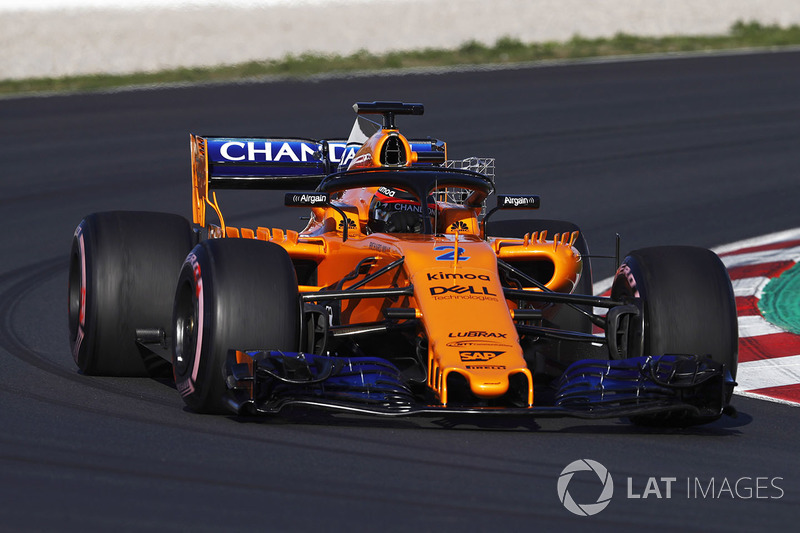 Stoffel Vandoorne circulating in the MCL33 with kiel probes mounted in the airbox to study the airflow’s behaviour as it reaches the inlet. Another kiel probe array is mounted ¾’s of the way down the car to see how the airflow in that region is behaving. 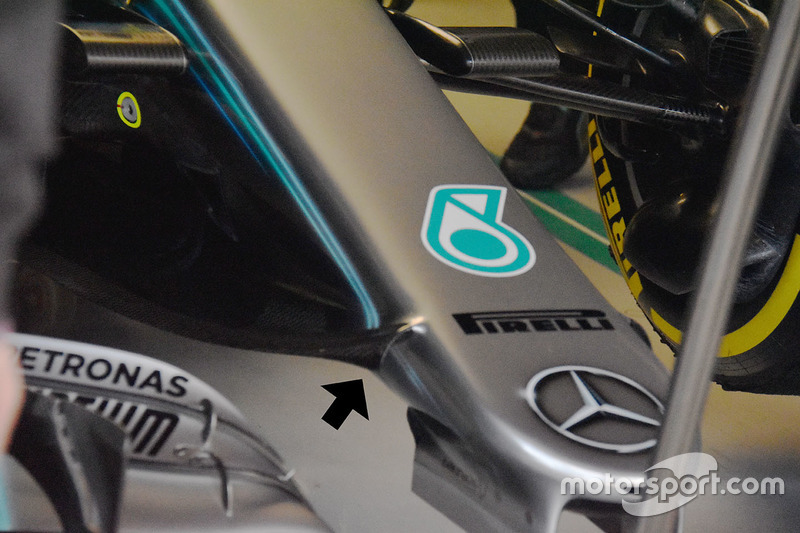 The modified nose ‘cape’ introduced and run by Mercedes on the last day of the first test. 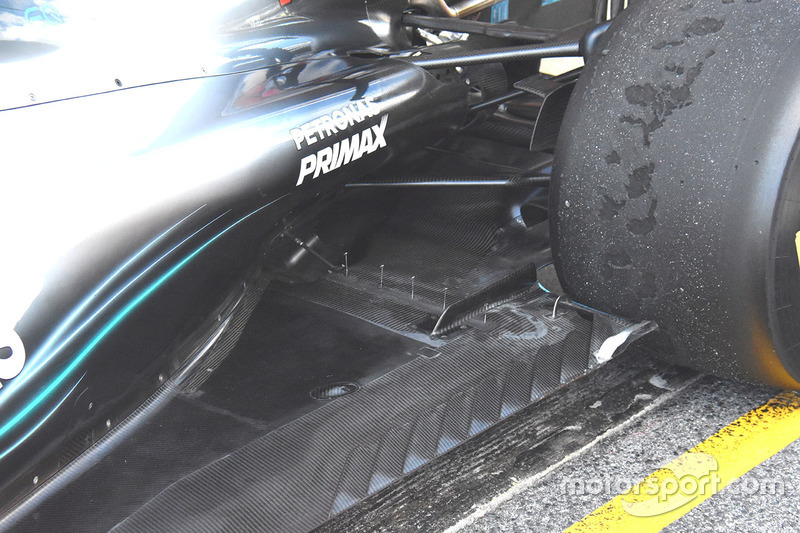 A row of tiny pitot tubes are fitted on the floor beside the rear wheel and sidepod in order to gather data.

Rear detail of the Ferrari SF71H 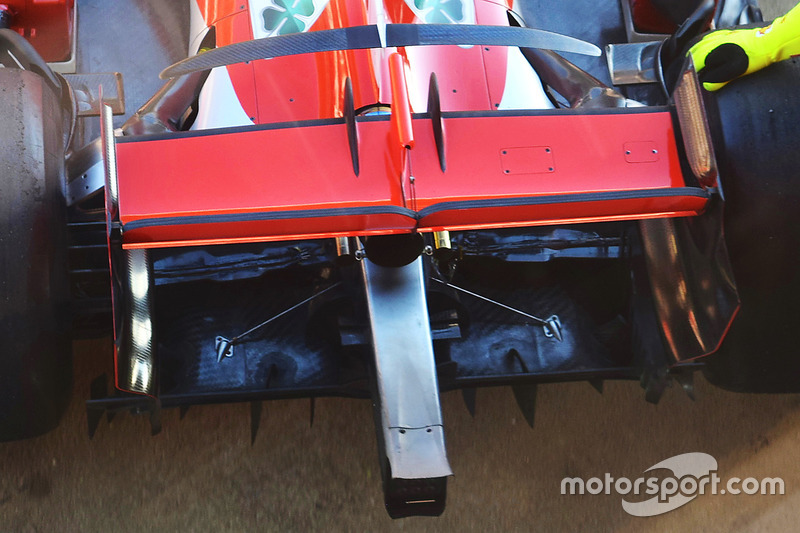 A look down at the trailing edge of the floor and diffuser of the Ferrari SF71H. 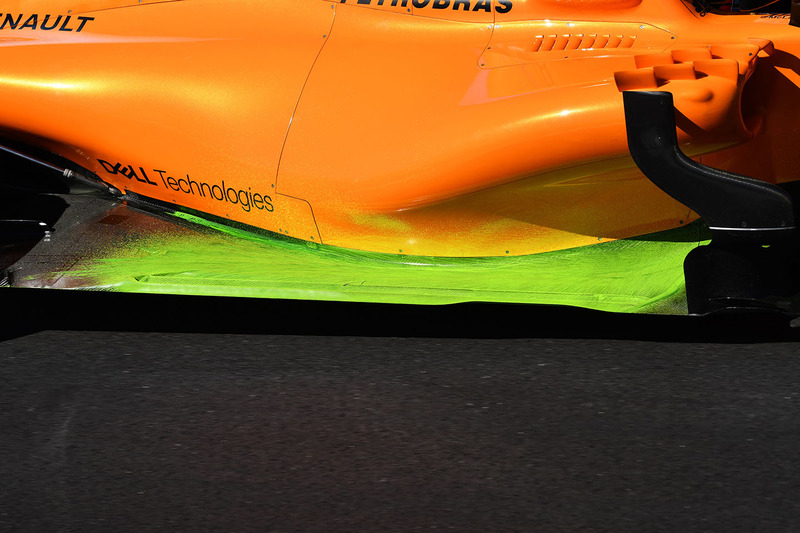 The McLaren MCL33 floor painted with flo-viz in order to see if it’s performing as the simulations predicted. 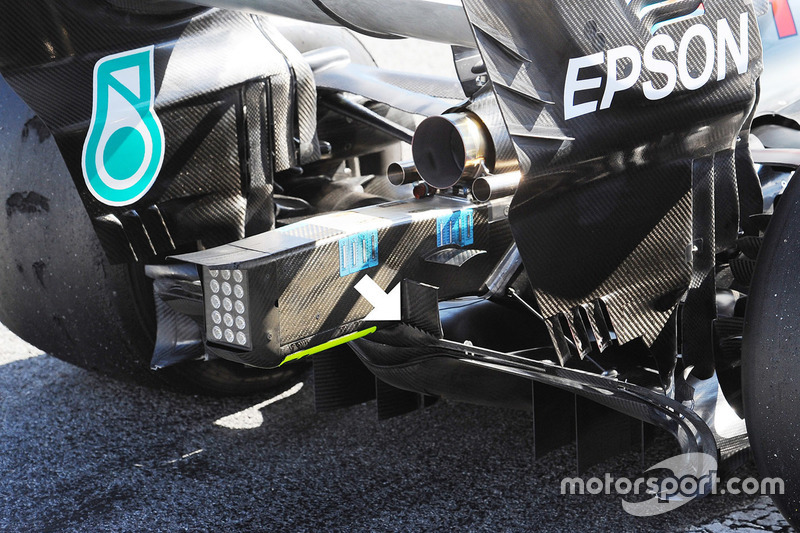 Mercedes made an alteration to the central section of its diffuser for the first day of the second test, adding serrations on the trailing edge of the upper Gurney tab to help the airflow to overcome the tall flap above. 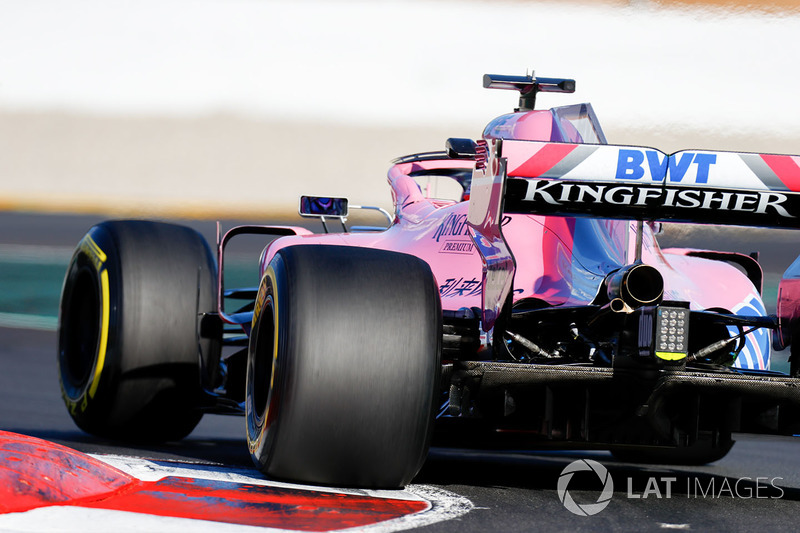 The rear end of the VJM11 shows the team is utilising a similar outer design scheme as the ‘big three’.