F1 Testing: Week 2 in Barcelona by the numbers

Check out the best laptimes and mileage data from the second week of Formula 1 pre-season testing at Barcelona.

According to Pirelli's estimates, there is a laptime advantage of around 0.6s between the softest tyre, the C5, and the C4, and a similar gap between the C4 and the C3. The C2 is estimated to be 0.7s slower than the C3, and 0.8s-1s faster than the hardest compound, the C1.

Max Verstappen's Friday laptime would therefore have theoretically been a 1:16.5 had it been set on C5 tyres, as per the rest of the field. 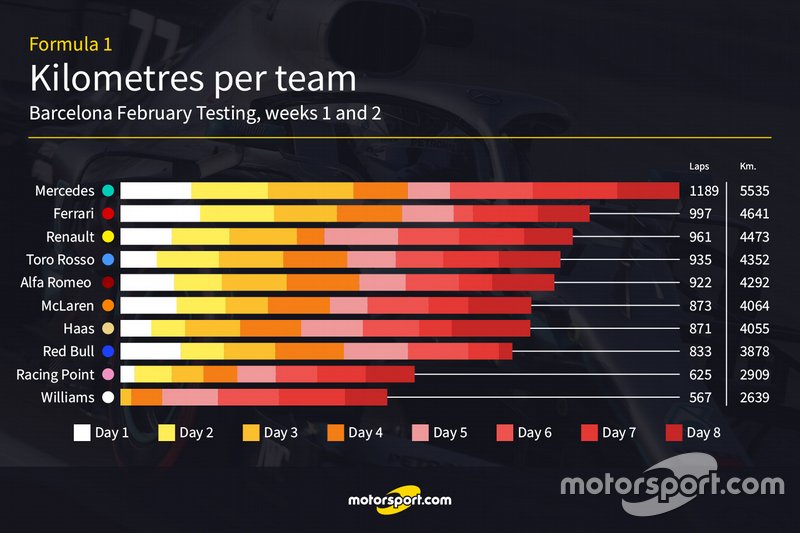 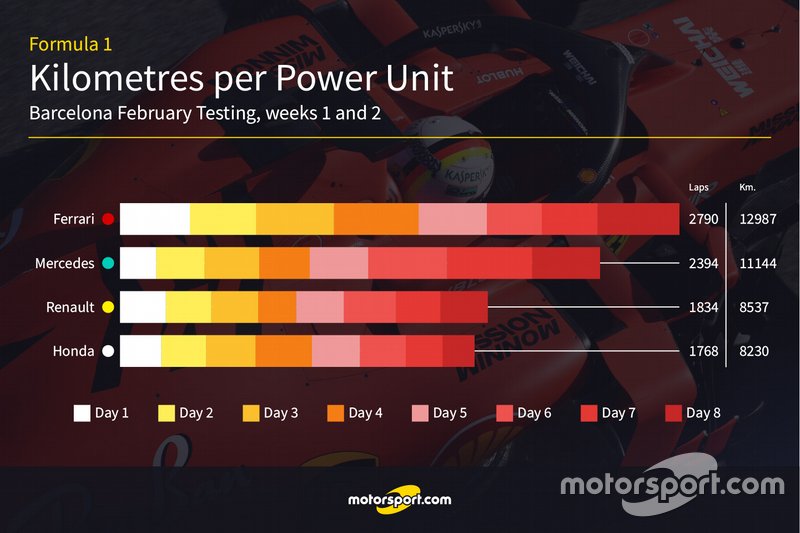 Oscar Piastri on being an Alpine Academy driver

As a young boy, Carlos Sainz was schooled by his father in the special folklore surrounding Ferrari in Formula 1. Now an established grand prix ace – and a Ferrari driver to boot – Sainz opens up to BEN ANDERSON about driving for the team of his childhood hero, and of his own boyhood dreams

OPINION: The 2021 Hungarian Grand Prix may not have been a thrill-a-minute overtaking fest, but it's a race that will live long in the memory as one of the best of the current era of Formula 1. And as Formula 1 moves to regulations in 2022 aimed at boosting overtaking, Hungary showed the balance it must strike with its new machinery as not to deny similarly tense spectacles

OPINION: Different perspectives had Lewis Hamilton’s solo second standing start in Formula 1’s 2021 Hungarian Grand Prix as fabulous or farcical. But did it make the championship appear too silly for the sake of a moment of high-charged sporting drama?