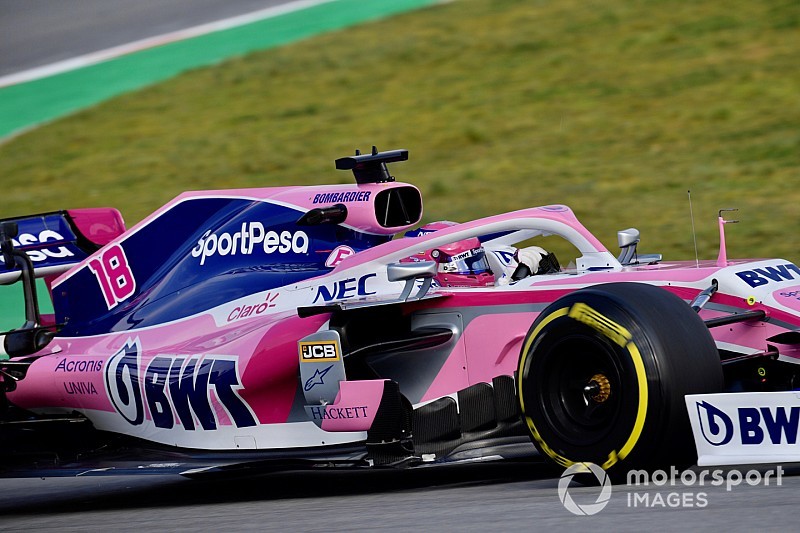 Racing Point technical director Andrew Green believes that the bargeboard area - not front wings - will be the key development area in Formula 1 in 2019.

F1 teams have displayed a variety of approaches for their front wings, which has been simplified in an attempt to boost overtaking.

However, Green says front wing development is limited by the regulations imposed to close loopholes, even suggesting that they are "over-restrained".

That means teams will look elsewhere to try to gain performance, and Green believes the bargeboard area has a lot of room for development.

"I think the front [wing] regulation was pretty well tied-up," said Green. "You could say it was over-restrained.

"It's very difficult to design anything other than what we see out on the track right now.

"I think people will move into a certain front wing quite quickly, and then the development race is in the middle of the car – so all the bargeboard area, all that front of floor area, that's the real playground for development, that's where you've got a huge amount of freedom.

"You just have a box that you can put anything you like in. That's where you'll see a huge amount of work," he added.

Green said he hadn't seen anything unexpected on other cars that has caught his eye, but conceded that – like Racing Point itself – teams have parts in the system that won't be seen until the first race in Australia.

"So I'm not surprised to see people experimenting and going one way and going the other.

"We haven't seen anything so far that has stopped us in our tracks and made us change any direction.

"But it is early days, and I suspect many, many teams, if not all of them, are holding back – I know we are – a lot of the real good stuff."