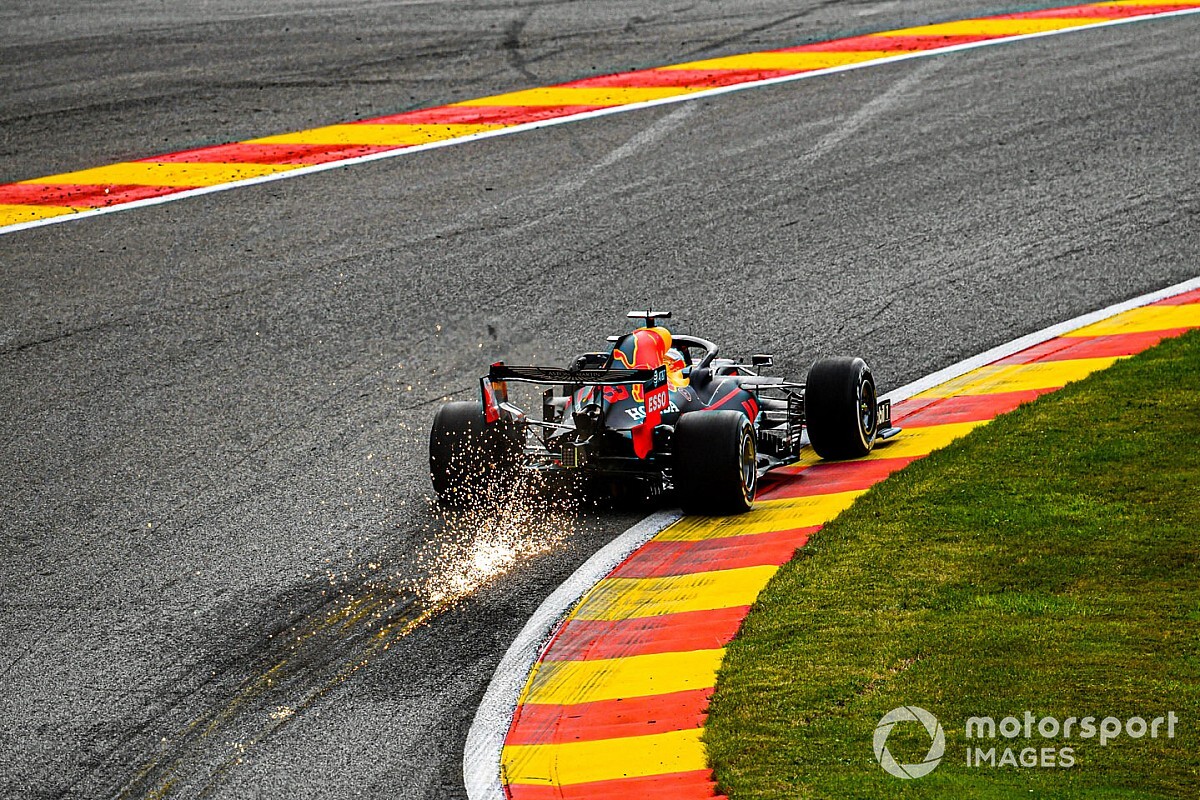 Max Verstappen set the pace on the opening day of Belgian Grand Prix practice at Spa-Francorchamps on Friday for Red Bull Racing.

Mercedes dominated the first practice session, with Valtteri Bottas outpacing Lewis Hamilton by 0.069s with a lap time of 1m44.493s. Verstappen was best of the rest, but 0.375s off the pace for Red Bull, ahead of the Racing Points of Sergio Perez and Lance Stroll.

The Ferrari-powered Haas pairing and Alfa Romeo’s Antonio Giovinazzi failed to set times in this session, with both Romain Grosjean and Kevin Magnussen having engine changes ahead of FP2.

In the second session, Verstappen leapt to the fore with a lap of 1m43.744s. He was 0.048s faster than the surprise of the session, Renault’s Daniel Ricciardo. Hamilton was the best part of a tenth of a second slower, in third having made a mistake the final corner and lost time on his fastest lap.

Ricciardo’s session ended early, however, when he was forced to pull off on the Kemmel Straight with 20 minutes of the session remaining due to a lack of hydraulic pressure.

The second Red Bull of Alexander Albon was fourth fastest, ahead of Perez, Bottas and McLaren’s Lando Norris. FP2 was briefly red flagged when an advertising board became dislodged on the exit of the first corner.

It was a horrible day for Ferrari, with Charles Leclerc's best time being 1.6s off the pace.