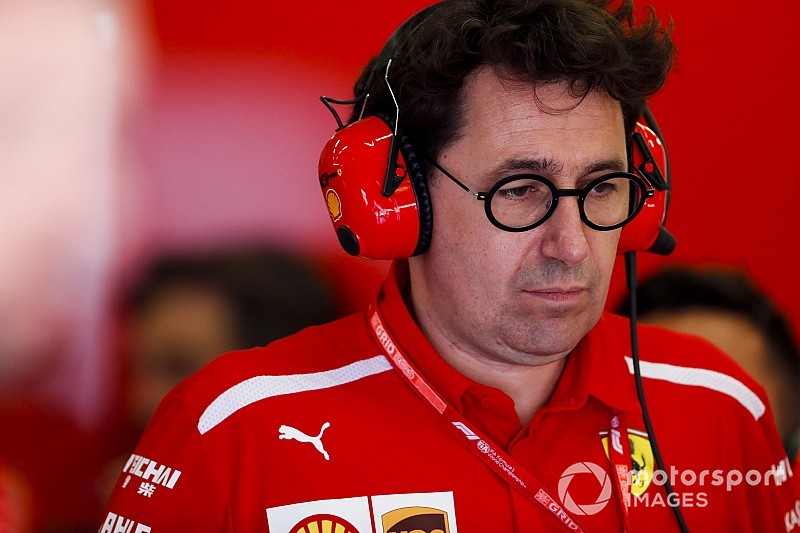 Binotto's driver Charles Leclerc missed out on his first win in F1 and the team's first grand prix victory of the season at the Red Bull Ring after being passed by Max Verstappen late on.

It brought an end to the perfect start of the Mercedes team, which had won all eight races to that point but was hamstrung in Austria by overheating problems.

At the start of the weekend Binotto had been part of a push to get Pirelli to drop its thinner-tread 2019 tyres and go back to last year's specification because too many teams, including Ferrari, were unable to get them to work and Mercedes was dominating.

After the race, Binotto said: "Today has been a good battle. Normally you have good battles when you do not have a car that's overperforming, so this weekend has been great in the respect.

"I think we missed a great opportunity on the tyres decision. I think we should have done something.

"Sometimes we are discussing a lot and we are not acting, so I still feel really ashamed that we didn't change the specification of the tyres for the rest of the season.

"That could have been a great opportunity to close the field."

Leclerc qualified on pole in Austria with Mercedes' world championship leader Lewis Hamilton second-fastest and Verstappen third on the grid.

On-track during the race, Verstappen caught and passed Sebastian Vettel's Ferrari, the Mercedes of Valtteri Bottas and finally Leclerc.

The mixed-up formbook was likely a combination of the Red Bull Ring's short layout and the high ambient temperatures that gave each team cooling concerns.

Red Bull team boss Christian Horner, whose outfit supported a change to 2018 Pirellis later this season, did not believe that the Austrian GP proved the bid to change tyres was wrong.

"I think there are still issues," he said. "I think what we have is something unique to here. You have to look over a span of races, but there was a vote on that and it is clear where we are at."

Answering a question about whether F1 had too many penalties – as the race ended with Verstappen's win in doubt because of an investigation into his pass on Leclerc – Seidl said: "It is a bit like the tyre discussions.

"The rules we have in place are the result of team bosses and drivers asking for these rules, so this is why I think we have to accept we have these rules now."

The contenders for a 2020 Toro Rosso seat