Binotto: Ferrari still not in a crisis despite double DNF 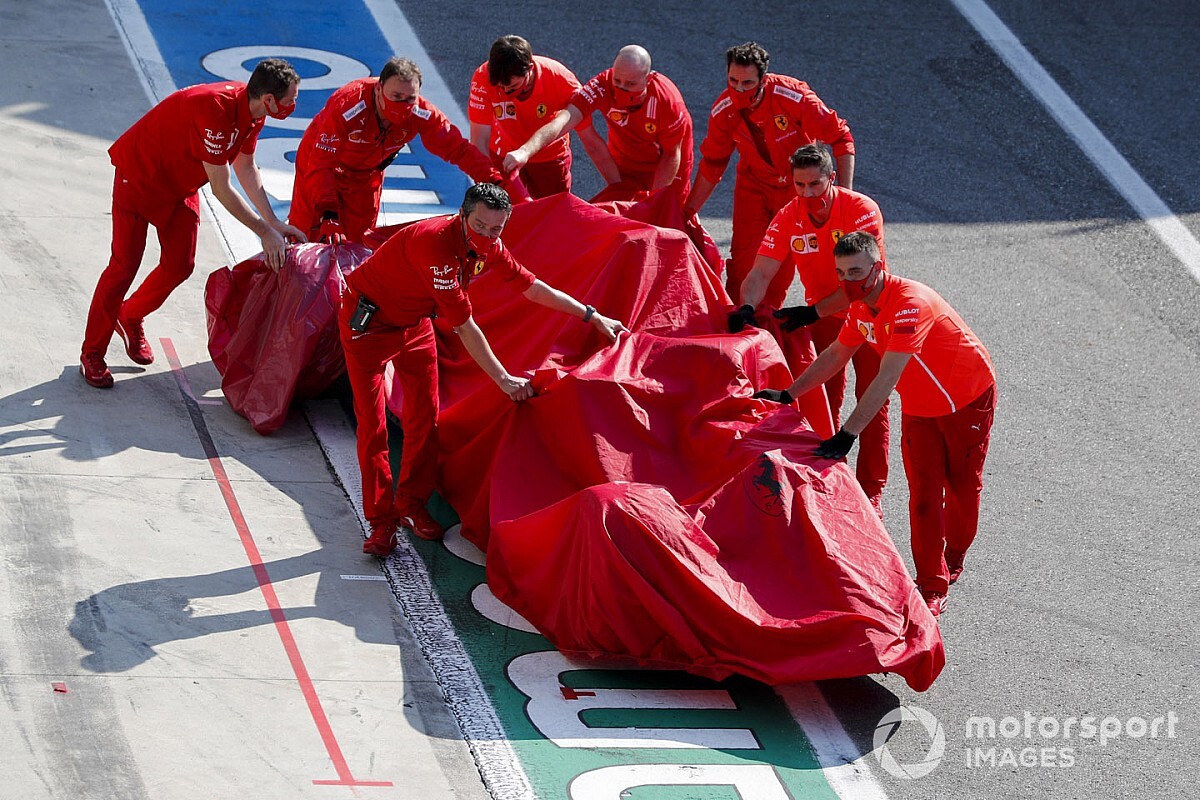 Ferrari is still not facing a crisis despite its double retirement from the Italian Grand Prix and recent poor form, according to Formula 1 team principal Mattia Binotto.

Ferrari failed to get either of its cars to the finish at Monza on Sunday after both Sebastian Vettel and Charles Leclerc’s races came to an end before the halfway mark.

Vettel was forced to retire after just six laps due to a brake failure, while Leclerc crashed at high speed when running fourth, ending hopes of points for Ferrari at its home race.

It marked the second race in a row where Ferrari had failed to score any points amid its ongoing struggles for pace against its midfield rivals.

The team has now slumped to sixth in the constructors’ championship, dropping below Renault, and is just 14 points clear of AlphaTauri in seventh.

Ferrari F1 chief Binotto said after the Belgian Grand Prix at Spa that the team was not facing a crisis, merely a “storm”, and felt nothing had changed after the double DNF at Monza.

“I think we were not in a crisis last time, and I can confirm that is not the case,” Binotto said after the Italian Grand Prix.

“But it is more important that we look forward and consider these lessons learned for the future, and that the team can become stronger.”

Ferrari has struggled for straight-line speed after a technical directive issued by the FIA looking to clamp down on engine rules was issued over the winter.

It meant the power-sensitive circuits at Spa and Monza were always anticipated to be difficult for the Italian squad, giving Binotto hope the upcoming races would offer better results.

“We knew Spa and Monza would be difficult for us, they would be the worst ones,” Binotto said.

“Hopefully the next one can be a bit better. But in the end I think the performance of the current car is certainly not what we would like.

“But again, I think it is more important for us to make sure that looking ahead and progressing with car developments.”

Ferrari will celebrate its 1,000th race in F1 this weekend with the Tuscan Grand Prix at Mugello, which offers different track characteristics to both Spa and Monza.

“We’ve got another opportunity one week’s time, and it is an important race for us, the 1000th grand prix,” Binotto said.

“It is a different type of circuit compared to Spa and Monza, so I think it will be important for us to understand our level of competitiveness at such a circuit.”

Would a Red Bull return really be best for Gasly?