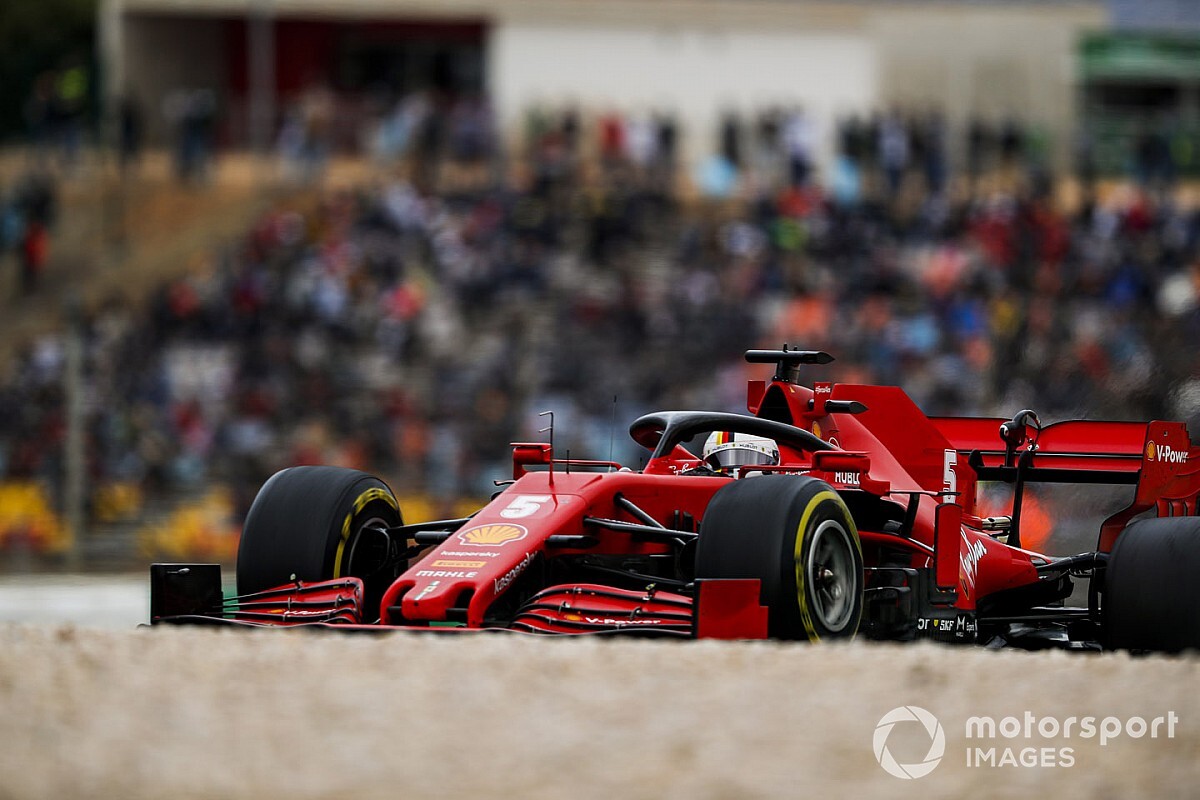 Ferrari still needs to validate its recent improvement in performance to ensure it is not solely due to the characteristics of the Portimao Formula 1 track, according to Mattia Binotto.

Ferrari has endured a difficult 2020 season so far that has seen it score only two podium finishes and slump to sixth place in the constructors’ championship.

The team looked to remedy the aerodynamic flaws of the Ferrari SF1000 car with a three-stage update package, the final part of which was added to the car for last weekend’s Portuguese Grand Prix at Portimao.

Charles Leclerc put in an impressive display to qualify and finish the race fourth, comfortably finishing as the leading midfield driver.

It marked a drastic turnaround from Ferrari’s disappointing display at Mugello last month, where it celebrated its 1,000th grand prix with an underwhelming run to eighth and 10th in a race with just 12 finishers.

Team principal Binotto denied there was a “day and night” difference in the car’s performance compared to Mugello, and while encouraged by the step forward, he wanted to see how it performed on other circuits before making a firm judgement.

“The car has slightly improved, but it's not a completely different picture,” Binotto said.

“When I think that the battle is so close in the midfield a couple of tenths may help by staying behind or being ahead.

“I think in the race, our race pace in Mugello was very poor compared to qualy. I see [in Portugal] the race pace has been better, but there are many reasons for it, and not only the car upgrades.

“But I think it will be important for us anyway, in the next races, to prove the updates are bringing us some the performance we've seen here, or if it's only specific to Portimao.”

Leclerc rose to fifth place in the drivers’ championship after the race in Portugal, and is now just five points off Renault's Daniel Ricciardo in fourth.

The Monegasque driver agreed with Binotto that that track characteristics at recent events had likely played to Ferrari’s strengths, and hoped its progress would still be evident at the upcoming tracks.

“Probably some of the track characteristics of the last tracks has gone towards our car a little bit and helped us,” Leclerc said.

“But it doesn't explain the gain we've had in the last in the last two races. It is not only up to that.”