Vettel could have done nothing different - Binotto

Ferrari team boss Mattia Binotto insists that Sebastian Vettel could have done nothing different, and was lucky to not crash out completely, when he came back on track during his controversial Canadian Grand Prix moment. 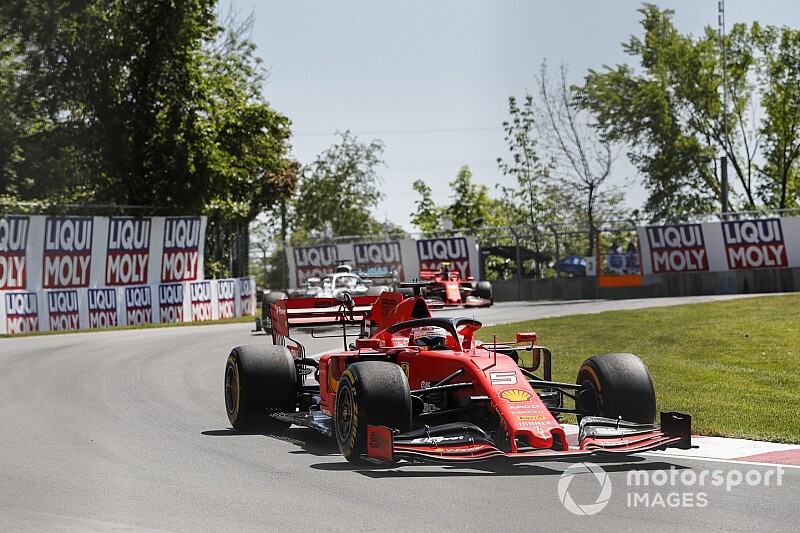 Vettel ran off track at the first chicane on lap 48 of the Canadian GP while leading, and was ruled by the FIA to have rejoined the circuit in an unsafe manner and also have forced rival Lewis Hamilton off the circuit.

The German was handed a five-second penalty for the incident, which cost him the race victory.

Ferrari later said it intended to appeal the ruling, and has until Thursday to confirm it wants to go ahead with the complaint.

Speaking after the Montreal race, Binotto made clear he was far from happy with the FIA decision because he felt Vettel had not done anything deliberately wrong.

"Obviously it is not down to us to decide, [because] there are people which are there to decide and what counts is their decision," he said, when asked by Motorsport.com for his opinion on the FIA penalty.

"Certainly we are not happy and we disagree. I think that from our perspective, and I am pretty sure Seb can even comment better, he could not have done anything else compared to what he did.

"I think he was even lucky to remain on track. So no intention in what he did at all. He was still ahead and he tried to keep his position on track. It is as simple as that."

Binotto suggested that other similar incidents in the past have gone unpunished by the FIA, which is why he does not fully understand what happened.

"We disagree with the decision no doubt but all of us may have our own opinion," he explained.

"The crowd has its clear opinion today and I think not only the crowd, but whoever you may ask, so somehow we are really disappointed with what happened.

"I think there has been really similar situations in the past as well which have not been judged like today, so overall I don't think it has been the right decision. But again, it doesn't matter [what I think]."