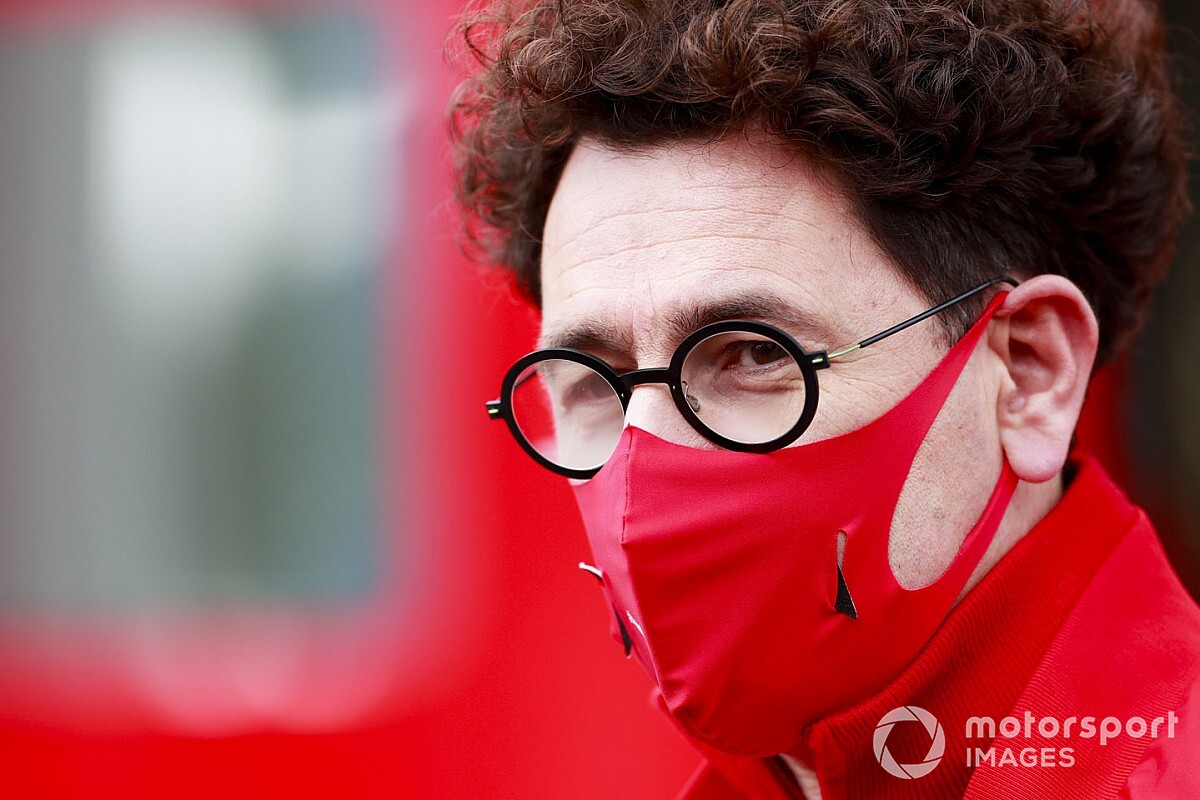 Ferrari team principal Mattia Binotto has admitted that he questioned whether he was the right man to lead the outfit in the wake of its early season Formula 1 struggles.

The Italian outfit has fallen away from the front of the field in 2020, and faced a bruising outing in Belgium last weekend which was one of its least competitive showings for years.

The difficulties the team has faced in 2020, with its engine having lost power and its car too draggy, have prompted some to suggest that Ferrari needs change at the top.

But while Binotto knows he has complete support from Ferrari’s senior management, so was never worried by such talk, he has revealed that he did ponder his own position.

Asked in an interview with Corriere della Sera if he ever felt his position was in danger, Binotto said: "Honestly never, because I know I have the support of my managers. But I questioned myself. I thought about whether I was suitable for the role of team principal.”

Binotto said that he eventually concluded that he had what it takes to help turn things around for Ferrari, even though he accepted that he had perhaps not done everything perfectly.

“I could have done better in some areas, for example the technical reorganisation could have been done earlier,” he said. “But I believe that my 25 years in F1, and the knowledge of this company, are key elements to do well in this job.”

Ferrari reshuffled its technical structure earlier this year so that Binotto could step away from his heavy involvement in that area and better concentrate on areas that needed more time devoted to them.

Allied to the discussions over framing a new Concorde Agreement, Binotto said that perhaps he had taken on too much – which had meant some aspects of the team had not got the attention they deserved.

"As team principal, the first role is not technical,” he said. “We worked on the renewal of Charles [Leclerc], on [Carlos] Sainz's recruitment and on many other fronts.

"It may be that in having less technical [focus] we were not sufficiently organised with delegating, but let's not forget that I became team principal without notice a year and a half ago. It takes time, all the winning cycles have shown this.

“When I think back to Ferrari in 1995 and 2000, many things changed. This reorganisation will not be the last.”

Binotto also says that while Ferrari CEO Louis Camilleri and chairman John Elkann have very different personalities to the late Sergio Marchionne, they are not as distant as some have suggested.

"It's one of the most wrong things I hear,” added Binotto. “I am not alone, I can assure you. I get their advice, surely their style of leadership is different from what we were used to in the past. But I am not alone. I am just not.”