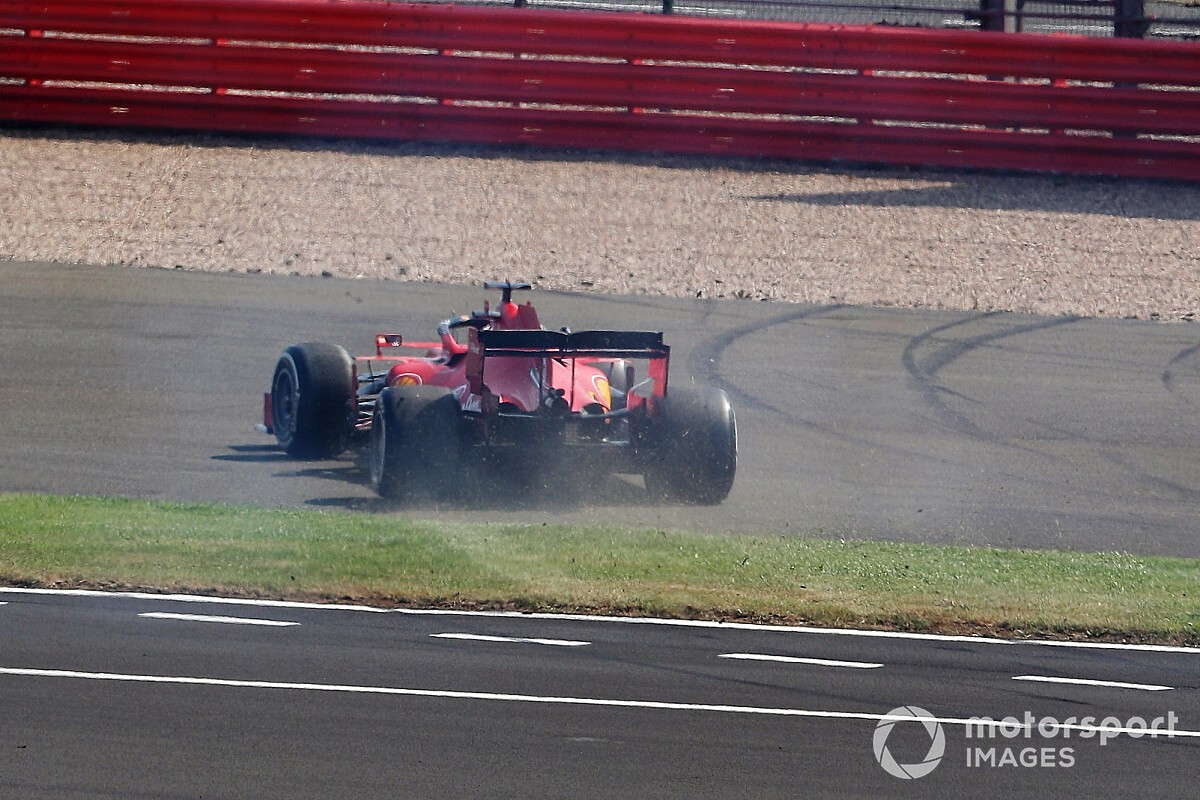 Vettel slumped to 12th place in Sunday's 70th Anniversary Grand Prix at Silverstone after spending much of his race stuck in the midfield, trailing a group of cars that he struggled to overtake.

The four-time world champion dropped to last place on the opening lap when he spun his car at the first corner, losing control after riding over the kerb on the inside.

Vettel questioned Ferrari's strategy calls after the race, saying the team had gone against its original plan set in the morning and that the decision to run a short stint on the hard compound tyre "didn't make any sense".

He was also heard questioning the strategy call over team radio during the race, saying: "You know that you've messed up."

Binotto was sympathetic to Vettel's ongoing struggles with the SF1000 car, but said the spin at the start was more detrimental to his race than any decision made by Ferrari's pit wall.

"I don't think Sebastian has lost faith," Binotto said on Sky Sport Italia after the race. "He is going through a difficult time in qualifying and the last two races where he hasn't found confidence in the car. Here, he spun putting his wheels on the kerb, and his race was uphill.

"I honestly think there is little to say about strategies. We [were early] perhaps by a few laps with the call that made him lose the position to [Kimi] Raikkonen. However, we knew he would recover without losing time.

"It allowed Charles [Leclerc] to continue his comeback. Overall, it was the right choice for the team and we don't think we penalised Sebastian. He regained [the position] immediately on Kimi, he wouldn't have been able to do an overcut on [Daniil] Kvyat, because he was going as fast as he was at that time, and then he undercut [Carlos] Sainz.

"His race was compromised at the start, and I think that was the key, not the strategy chosen."

Vettel said after last weekend's British Grand Prix that he was struggling with a lack of confidence in the Ferrari SF1000 car. He could only qualify 12th on Saturday for the second Silverstone race, and failed to score points for the second time in four races.

It leaves Vettel 13th in the drivers' standings after five rounds with 10 points, marking his worst start to a season since his first full year in F1 with Toro Rosso in 2008.