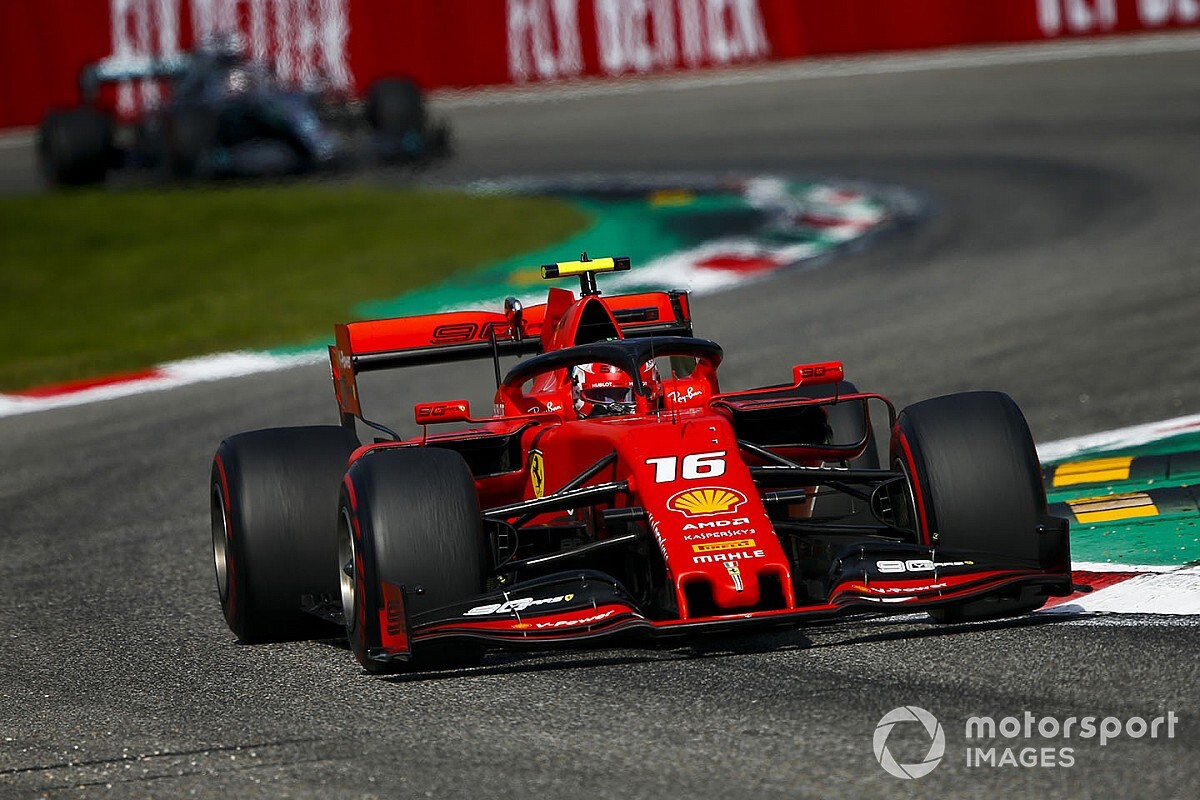 Formula 1's use of the black-and-white warning flag has not opened the door for a potential escalation of dangerous driving, reckons race director Michael Masi.

Under a new initiative that came into force from the Belgian Grand Prix, drivers will now be waned about unsportsmanlike conduct if they do something that is borderline wrong.

But the use of what has been termed F1's yellow card system has led to concerns that drivers now feel they can push things further and risk borderline moves because they know they will only get a warning.

Mercedes boss Toto Wolff was one of those who suggested that the use of the flag would tempt drivers to be more aggressive and increase the likelihood of crashes – with him suggesting it was only Lewis Hamilton's avoiding action that prevented a crash with Charles Leclerc at Monza.

So far the flag has been used twice for dangerous driving: once on Pierre Gasly in Belgium last weekend and once with Leclerc in Italy.

But Masi, who was instrumental in introducing the black-and-white flag system, does not agree that the dangers have gone up – especially because race stewards are still able to intervene and hand out sanctions if they feel the warning was not enough.

"I don't think they will act more dangerous," said Masi, when asked by Autosport/Motorsport.com if he felt drivers would now take more liberties.

"They may be slightly more looking at things, but they are on the border and you can step over that border relatively easily.

Masi says that in terms of stewards handing penalties out, the new system does not prevent them stepping in independently to punish something they think is wrong.

"It is ultimately the stewards decision if someone gets penalised," he explained. "The bad sportsmanship flag is me, but if the stewards feel there is more to it they absolutely have the capability of issuing a penalty and that is where it sits.

"I think it [Leclerc's move] was hard, and the black and white was issued for the reason it was there. It is quite simple for me and a carbon copy nearly of what Pierre did last weekend in Spa, so it achieved its purpose."

He also does not agree that there is an inconsistency between Verstappen being handed a penalty last year for moving under braking against Valtteri Bottas, and Leclerc being given a warning for what appeared to be similar behaviour in Italy.

"There are two parts to that. One there was contact last year with Max, so that is one part of that. The second part is that we need to remember a couple of elements and that is the discussion with the drivers in Bahrain about let them race, and the subsequent discussions that have been ongoing with team principals, drivers, sporting directors.

Wolff remains more cautious about the consequences of the flag though, as he suggests the younger generation of drivers may be more open to taking risks.

"We've seen in the last years that the young ones that came into Formula 1, they are maybe a little bit more aggressive," he said. "And these moves can end up in the wall, if one doesn't give up.

"[In Italy] the driver that goes for the drivers' world championship bailed out of it and saved Charles and saved himself. Lewis perfectly knew what he was doing, he saved it, he didn't lose any bits, any parts in that incident. But he could've equally decided 'no, I'm not going to let this happen' and put the two cars out.

"For me it's somehow a recurring thing, until it ends up in a situation that is a bit dire for the one that is aggressive. We aren't there yet. The interesting decision, what would've been the penalty if this would've ended in Lewis losing a front wing or both cars being in the wall?"

How Leclerc cemented his place as Ferrari's new star