Opinion: Who’s in the race to become F1’s next boss?

July is traditionally when the ‘silly season’ kicks off – as the driver market puzzle emerges, and we begin to look at all the available pieces and how they might fit. But this year is different. It’s not just future drives available, there’s the position of ‘Formula 1 CEO and executive chairman’ potentially becoming vacant too. And I understand things are moving fast behind the scenes right now!

Chase Carey’s contract expires at the end of 2020. He was handed somewhat of a hospital pass when Liberty bought the sport in 2017, effectively taking on motorsport’s biggest commercial role and having to fill the shoes that Bernie Ecclestone had been wearing seemingly since time began!

Carey will be 66 when his current contract ends, and while Liberty could continue with his safe hands for stability’s sake, with new rules and new contracts set for 2021 there is a chance it will want a fresh face at the helm to take it forwards, and one who’s absolutely in tune with how F1 ticks.

Finding someone to fulfil that criteria narrows the list of potential candidates substantially.

It needs a person who’s got (or can quickly find) the pulse of the F1 teams, but someone who also knows how to deal with tracks, sponsors, and governments of both cities and countries. They also must have a proven ability to make deals at the highest level.

The first candidate who appeared to throw his hat into the ring is Formula E CEO Alejandro Agag. Now here is someone with an absolutely unique skillset in the way he’s built Formula E from a concept to racing around some of the world’s most significant city centres. A hugely adept politician, his first dealings with F1 was via acquiring TV rights in Spain, and he’s also owned a team before in GP2, so knows all about those challenges from multiple angles. 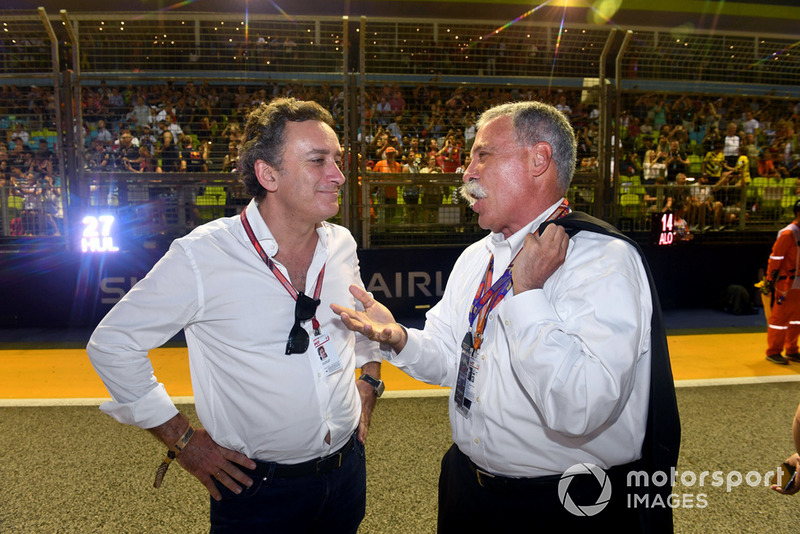 Alejandro Agag, CEO Formula E with Chase Carey, Chief Executive Officer and Executive Chairman of the Formula One Group on the grid

Perhaps it was coincidence, but his interview with Reuters a few weeks ago certainly seemed to set out his stall. And the fact he attacked the F1 teams’ self-interest is a show of strength that he wouldn’t be bullied by them…

“The only way for Formula 1 in the future to have a healthy championship is to get the teams out of the governance completely,” said Agag. “That’s it. The teams should let the FIA make the decisions, together with the promoter. We have the same interest, which is the championship. The teams have their own interest, which is completely legitimate, but they shouldn’t be allowed to introduce that interest into the equation.”

What really caught my attention was this phrase: “If I were Chase [if that isn’t throwing your hat into the ring, I don’t know what is! – Ed], I would be looking at this saying ‘Oh my God, how do I fix this?’ I own the circus but I cannot change the order of the show. You’re actually unable to really alter the rules because you have the teams... that block everything. Here in the governance of Formula E we have only the FIA and us, and we have a great governance with the FIA.”

For me, another card he played was the “I’ve got a great relationship with the FIA”. The real clincher though, which is why I’m sure he’s up for this challenge, is the fact he then said he couldn’t take the job even if it were offered. This is a classic ‘come and get me’ strategy…

“Even if they were nice enough to offer it to me, it’s something I could not do,” stated Agag. “Contractually I could not do it.”

Nothing is impossible though where contracts are concerned. Formula E’s majority shareholder is Liberty Global, while F1 is owned by Liberty Media (the company that Global was spun out of). You’d think somebody, somewhere could make that happen contractually if they really wanted it to, right?

Agag’s apparent manifesto is, intriguingly, very different to that of the other man who keeps being linked with this job: current Mercedes F1 team principal Toto Wolff. 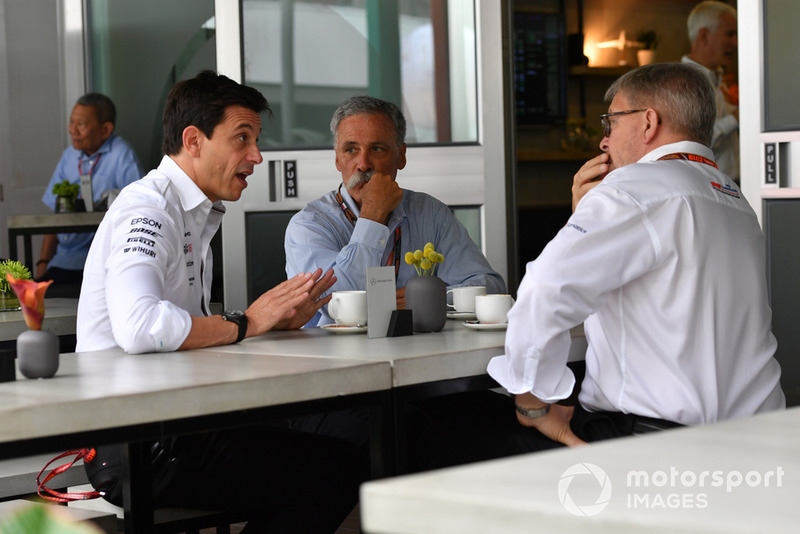 Like Agag, here is a man with a proven track record of brilliance when it comes to executing his most recent role, and has been a part of the motorsport business in a host of different roles. Like Agag, he’s publicly denying any interest in the role. When he spoke with Motorsport.com in Austria, he even challenged who had linked his name with the potential role.

He said: “I wonder who put my name out there? Maybe there is an agenda about putting my name out to actually trigger skepticism. But interestingly, none of that is happening and I haven't applied for a job.

“I am in a really happy place at Mercedes. I enjoy my role representing one of the best brands in the world and, having been given the autonomy to run the team in the best interest for Mercedes, as a partner of Mercedes, I really enjoy the relationships within the team, and the relationship with my Daimler friends.

“Fundamentally I am a lap time person. I like the competition. So whatever is being put out there by somebody is not coming from me, and it is not reflecting the situation.”

Mercedes has been rewriting the record books with him at its helm, but where might it be by 2021? From a competition standpoint, one would hope its F1 domination would be challenged by then, so might the good times have an imminent peak? You’d need a crystal ball to answer that one…Ironically, by 2021, Mercedes will also be in the Agag-created world of Formula E, where there’ll surely be far more manufacturer rivalry than F1!

When asked if he would be interested in the Liberty role in the longer term, Wolff answered it like a true politician: “The sport is a super exciting property. It is one of the big global sports properties and I think we have a real chance to make it the biggest spectacle in the world if we continue to develop what F1 stands for.

“We need to embrace our current audiences and fans, and potential audiences that we haven't tapped yet, plus embrace new technology. I hope very much that, as a Mercedes team principal and Mercedes shareholder, we and all the other teams can benefit from the growth of F1.”

Again, those words aren’t far from an outline manifesto should the chance arise for him to get a shot at this role. And we had the strange situation of Lewis Hamilton changing his tune within a matter of days from ‘Hamilton believes Wolff shouldn’t run F1’ to ‘Hamilton says he’s conflicted about prior comments on Wolff’. Almost as if someone had a word…

Another person who’s been linked to the potential role is Red Bull’s team principal Christian Horner. Like Wolff, here’s someone who ticks a lot of boxes given a hugely successful track record as a team boss with multiple world championships. And, of course, Red Bull – like Mercedes – has yet to make any F1 commitment beyond 2021, so the timing could be convenient for him.

He’s often been outspoken about the way the sport is run, saying the focus on the sport’s core product should always outweigh the vested interest of its stakeholders. 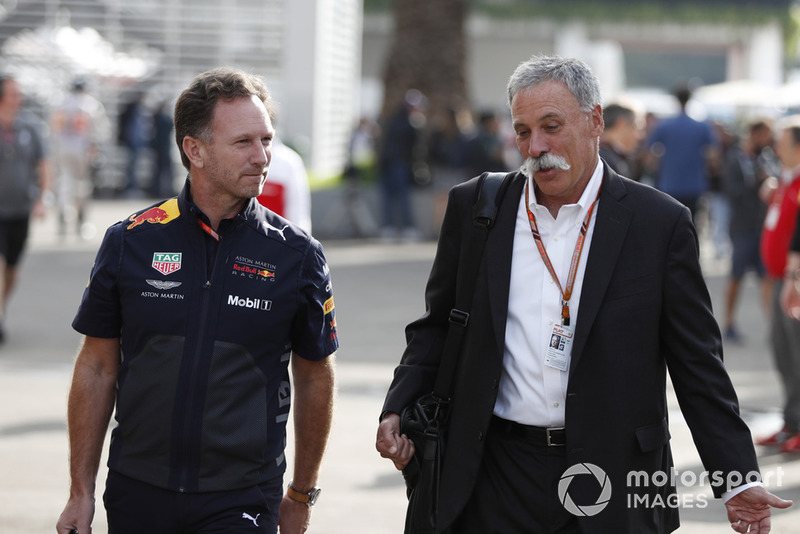 In a recent interview with The Guardian, Horner was again vocal on his vision in years to come…

“When I started there was Frank Williams, Flavio Briatore, Ron Dennis, Eddie Jordan and Peter Sauber round the table. These were entrepreneurial team owners, mavericks in some respects.The meetings were more interesting because you got more honest opinions.

“Now I say what I believe is right for the sport, which unfortunately people sometimes think is self interest. But what I remember about Ron, Flavio and Frank was that they would think about what was right for F1 even if it would hurt their own team, and sometimes we lack that.”

Like Agag, Horner also gave a flat-out view on what he felt at the core of F1’s problems: “The product is fundamentally wrong and it’s the product that needs addressing,” he said. “The FIA and Formula One Management need to take a firm view. The classic indictment is the quality of the race in France, one of the most boring I can remember being involved in.”

There’s also bound to be some dark horse candidates besides these big hitters, who are all outstanding candidates for this role. So, just like the silly season for drivers, stay tuned and read between the lines when you hear them speak.

I’ve got a sneaky suspicion that things might develop quickly, so watch this space! 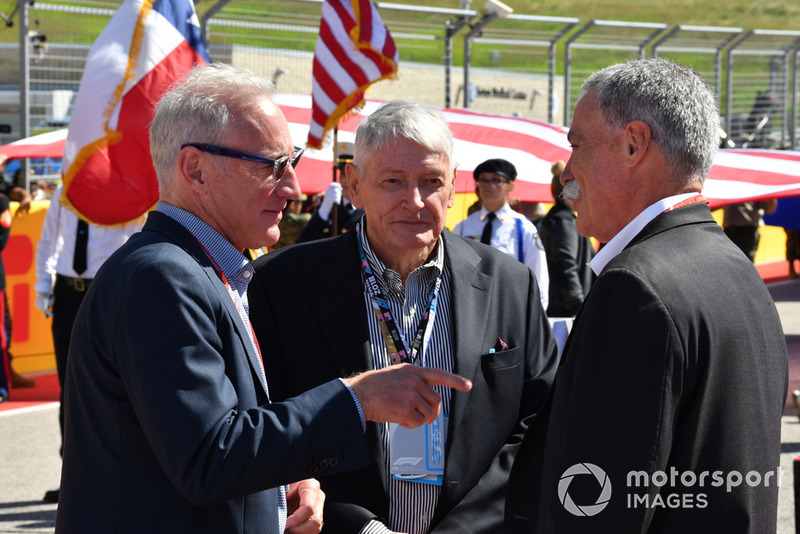 How the "disastrous" loss of the British GP was avoided