Bottas: Australian GP drive felt like it was "someone else"

Valtteri Bottas believes his season-opening Australian Grand Prix victory was his best performance in Formula 1 this year and still feels like it happened to someone else. 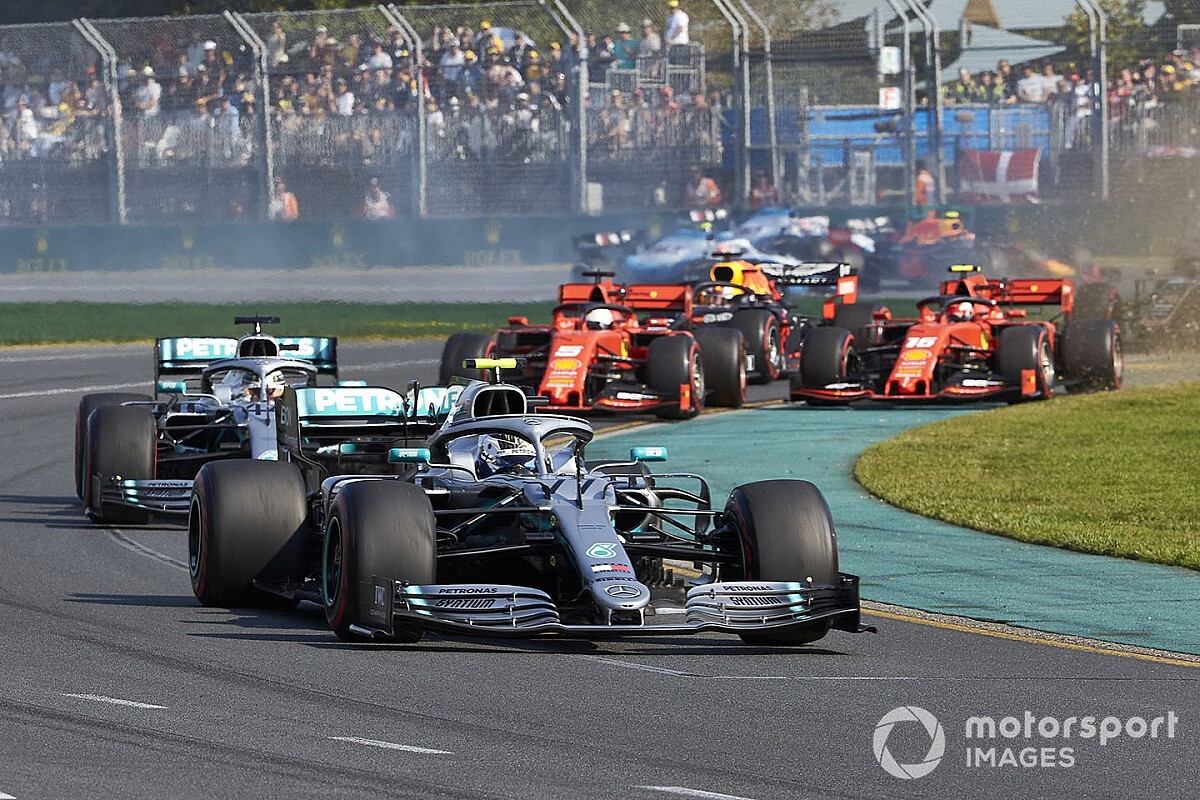 Though Bottas was eventually defeated in the title battle by Mercedes team-mate Lewis Hamilton, the Finn kickstarted his season by winning the first round in Melbourne and still led the points after four races.

Bottas beat poleman Hamilton away at the start to score victory in Australia, where he also earned a bonus point for fastest lap and won by more than 20 seconds as Hamilton battled some car damage.

"It's still Melbourne," Bottas told Motorsport.com when asked about his best race performance of the year.

"The race I had…It is weird, when I think about it, it feels like it was someone else. It was surreal. It just felt too easy.

"It's a funny feeling, so that was definitely my best race ever, best Sunday ever. And I wasn't on the pole, so I had a good start from second place and I got the lead there."

Bottas had his best season in F1 in 2019, winning four races in total to finish second in the drivers' championship.

He said two other victories join Australia in being part of his greatest races in F1.

"There were some good races this season that goes to my top five ever," Bottas said. "I think Austin as well. That was good fun, so that's definitely high up there. Also Japan was a good one."

Bottas jumped poleman Sebastian Vettel at the start to win in Japan, while in the US he qualified on pole and had to catch and pass Hamilton late on after an alternate strategy but the six-time world champion ahead.

Those results formed part of a much stronger second half of the season than Bottas had with Mercedes in the last two years, which he said gave him great satisfaction.

"The goal is always to try and go further ahead with your performance, and from 2017 that's why 2019 felt such a disappointing season, because I almost felt like it was a step backwards," he said.

"It is a very nice feeling to see that actually the hard work is at some point paying off.

"When I look at the season, of course, when Lewis secured the title, the initial feeling was disappointment, because I knew it's game over again, and I kind of failed in my goal.

"But very quickly, the race [win] helped as well, to keep the good feeling. I look at this season in a very positive way, because of all the learning I've been able to do."