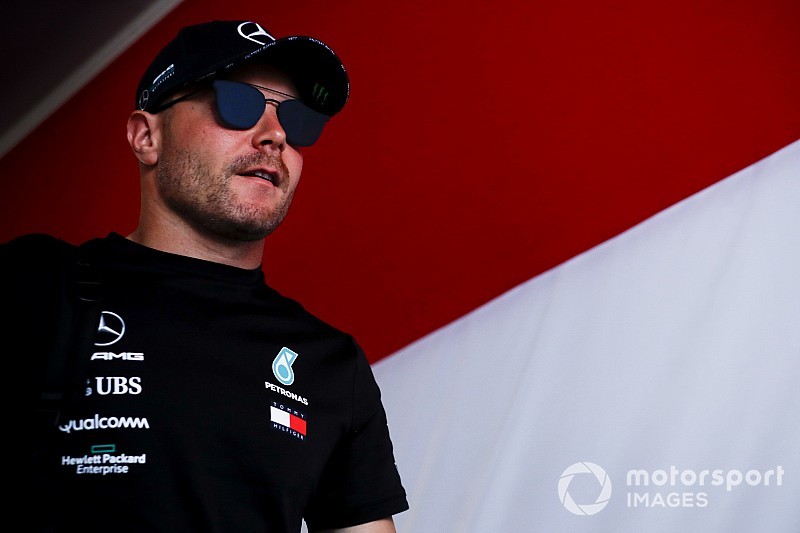 Valtteri Bottas insists that the mistake he made during the German Grand Prix will not prove decisive for his future at the Mercedes Formula 1 team.

The Finn lost a chance to bag a podium and close the gap to world championship leader Lewis Hamilton when he crashed out of the race in the closing stages.

Bottas conceded that the timing wasn’t ideal given that he has yet to be confirmed at Mercedes for 2020, with reserve driver Esteban Ocon also vying for the seat and team boss Toto Wolff having said that a decision will be taken in the coming weeks.

“For sure it was not ideal in terms of that, but it happens,” said the Finn. “Unfortunately it was a mistake that happened at the wrong time, but I was also trying hard, pushing hard, which is what the team wants to see.

“I don’t think one mistake or one race is going to change anything. That’s my answer coming here.

"I should really not think about it, I need to perform at my best, and focus on that. I know I can do well, so I’ll try to do that this weekend. Then it’s a lot up to the team with the decision, then we see. But no stress, full gas.”

Likewise, Bottas played down the potential impact that a good performance in Hungary could have on his F1 future.

“Every race is important, but for sure when you know the team is making decisions about your future it can be very important, but like I said it doesn’t change anything for me, it’s not the first time I’m in this situation, so it’s business as usual.

“I know myself I feel I deserve to be here, and I enjoy it very much. I still have lots to give, lots to get, I still haven’t achieved my goals. Honestly, I don’t really think about it. Every race in F1 is important.”

Bottas said he didn’t know that Hamilton had also spun at the first corner a few laps before his German GP accident at the same spot.

“I was not informed about that. There were obviously plenty of things going on in the race and for sure the team had to filter in those conditions what they informed me about, what information they feel I should have, because it is more demanding mentally to drive in those conditions and it doesn’t need much to make a mistake.

“Obviously, they try to minimise the workload for the driver and the outside distractions, information. I didn’t get that information. Maybe now looking back it would have been maybe nice.

“It was actually only when I saw the crash I had from the top view [overhead camera] and I could see only then a proper clear dry line and then the wet line outside, which wasn’t that visible in the car actually.

“It’s not the first disappointment, not the last one. It’s always painful when it’s down to you, your own driving mistake. Not a big one, but consequences were big. So I had to go through it.”

The Finn didn't record a time in the opening practice session in Hungary, as Mercedes opted to change his engine after discovering an issue early on.

Alfa Romeo penalty appeal to be heard in late September